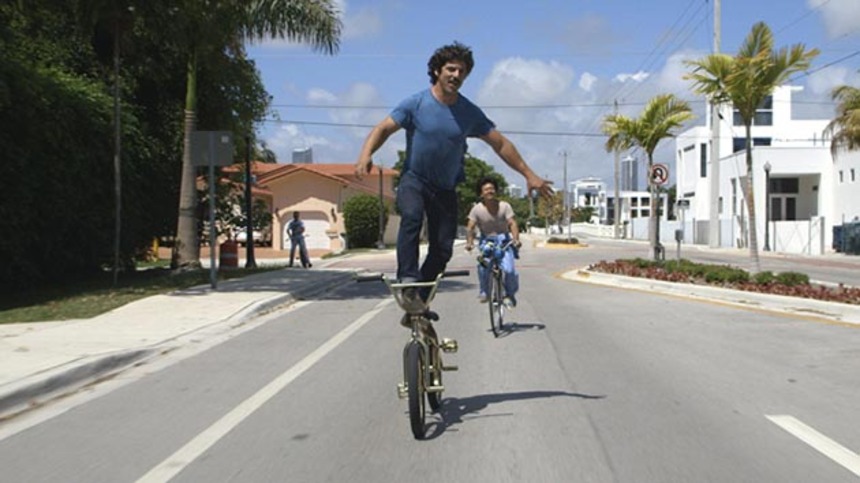 Sometimes it's the littlest films that have the most heart. If you've had a chance to see Kenny Riches's The Strongest Man then you know this weird and wonderful film has heart in spades. It's also pretty damn funny. FilmBuff is putting the film out on June 26 and we have an exclusive clip from the film below.

The Strongest Man is a Miami-centric comedy about an anxiety-ridden Cuban-American man, who fancies himself the strongest man in the world. In a quest to recover his most beloved possession, his golden BMX bicycle, he finds and loses so much more.

More about The Strongest Man