Babak Anvari's UNDER THE SHADOW Wraps! Check The First Stills And Poster Art

Todd Brown
Founder and Editor; Toronto, Canada (@AnarchistTodd)
Tweet Post Submit
It was just over a month ago that BAFTA nominated director Babak Anvari began the shoot on his Farsi language horror film Under The Shadow in Jordan, and with that shoot now complete ScreenAnarchy is pleased to bring you the first poster art and stills from the film.

Tehran, 1988. Shideh lives amid the chaos of the Iran-Iraq war. Accused of subversion and blacklisted from medical college, she is in a state of malaise. Furthermore, her husband is at war, leaving her alone to protect their young daughter, Dorsa. Shortly after a missile hits their apartment building but fails to explode, Dorsa falls ill and her behaviour becomes increasingly disturbed. Searching for answers, Shideh learns from a superstitious neighbour that the cursed, unexploded missile might have brought in djinns - malevolent spirits that travel on the wind. Convinced that a supernatural force within the building is attempting to possess Dorsa, Shideh finds she has no choice but to confront it if she is to save her daughter.

Set amidst the backdrop of the Iran-Iraq war, in the aftermath of the cultural revolution, this is a supernatural tale whose roots run deep. And having had the chance to read Anvari's sterling script for the film - full disclosure, XYZ Films (where I work as head of international acquisitions) is handling North American sales on the title - I can't wait to see these images coming to life. Check them out below. 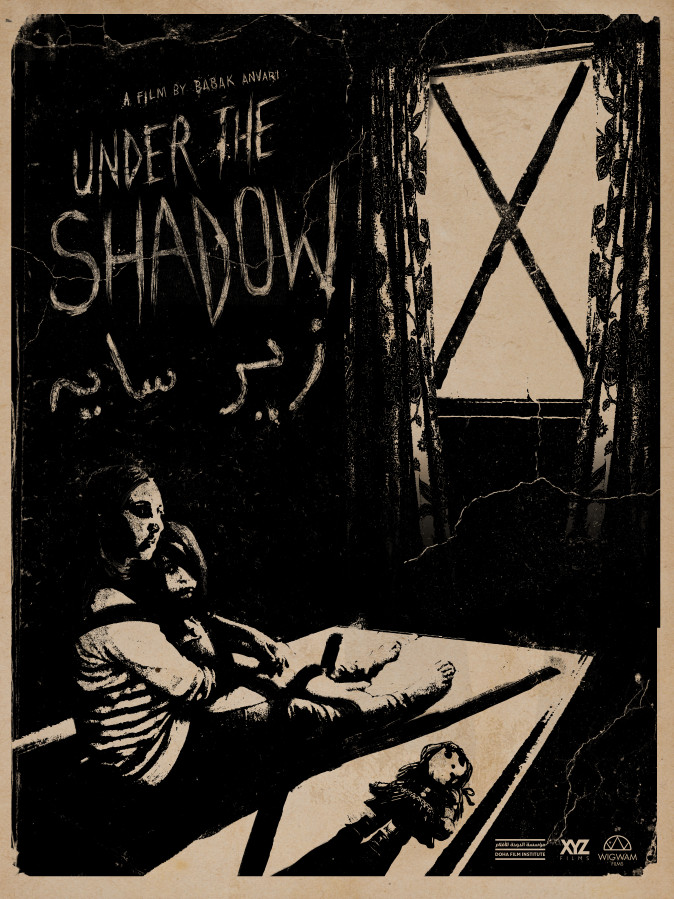 Do you feel this content is inappropriate or infringes upon your rights? Click here to report it, or see our DMCA policy.
babak anvarifarsihorroriraniraqposterstillsunder the shadow