The ninth edition of the Dallas International Film Festival is well underway here in Texas, and I'm pleased to report that it continues to provide a much-needed boost to the local film culture.

I moved to the city in 2006, about a year before the inaguaral edition of the fest, and then served as a volunteer screener and note-writer for a little while, where I got to know James Faust, now Artistic Director, and Sarah Harris, now senior programmer. Their continued presence ensures a consistent flavor to the program, which is off-beat and unique, to say the least, reflecting their own personal tastes, as well as seeking to provide something that is not present in other festivals in town or at theaters that screen independent films.

Nowadays, thanks especially to the year-round efforts of the folks at Texas Theatre, Dallas VideoFest, Alamo Drafthoue (DFW edition), and other stalwart groups, Dallas feels like it is cultivating a film scene that is distinctly different from the one in Austin, its neighbor to the south. Austin has the young, hip vibe, bearing the mark of a fully-flavored college town that vigorously defends its independent roots. Dallas, on the other hand, is older and, overall, more conservative and family-oriented. That's not a bad thing; it's jut a different vibe that is reflected in many of the films made here.

You can still make and screen weird, wild independent films here, though a greater percentage of the audience may remain puzzled as they walk out of the theater. Here are three examples from this past weekend. 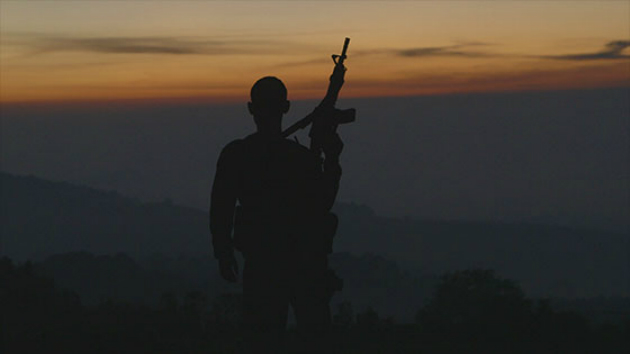 Matthew Heineman's documentary debuted at the Sundance Film Festival and is also screening at the Tribeca fest this week. It's an explosive, incendiary film that starts with a small group of vigilantes in southern Arizona who believe they are protecting America from alien invaders of the Mexican persuasion. Tim "Nailer" Foley heads the Airzona Border Recon and does most of the talking, which is good since other members of the group are only heard to be muttering borderline-racist comments. Perhaps because he's been doing it for so long, Foley has strong, well-reasoned feelings for why he does what he does, though little visual evidence is provided in the film to back up his concerns.

Of far more interest is the footage captured in the Mexican state of Michoacán, where years of dangerous oppression and many murders by various drug cartels has opened up the local citizenry to the idea of taking the law into their own hands, led by Jose Mireles and a small council of advisors. They begin to drive the current cartel, the Knight Templars, out of towns by force, ready to do a little terrorizing themselves to achieve their goals.

Where either (or both) vigilante group is good, bad, or indifferent is left up the viewer. The situation in Mexico, especially, is highly-charged, and Heineman raises far more questions than he anwers. It's an infuriating series of situations that made my heart race, even as my brain strained to work out what possible solutions might be offered in view of the seemingly intractable governmental and criminal forces involved. 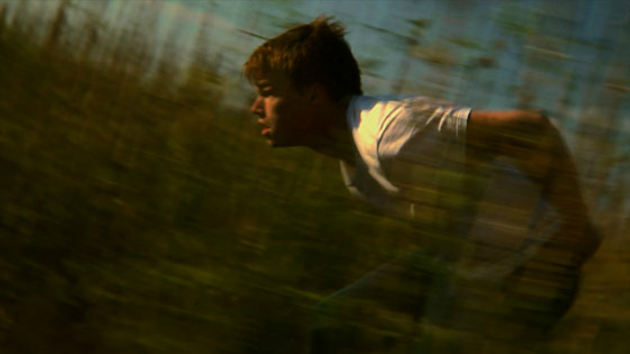 SWEET KANDY, A Narrative? Who Needs That?

What's fascinating here is how unhinged the film is from any type of straightforward narrative. Nicholas Peate, who wrote and directed, readily admitted in the post-screening Q&A that there are things that he wished were different, and, indeed, this is a very raw, sometimes stilted effort that often betrays his inexperience as a filmmaker.

Yet then there are flashes of brilliance that make it a compelling experience, whether those flashes are visually driven -- a low-angled dash through a field that feels both exuberant and dangerous -- or raised up by performances, such as those by Reg E. Cathey as a drug-addicted father or Charles Robinson as a no-nonsense accessory to the crimes that are about to be committed

In the most basic sense, this is a Romeo and Juliet tale of two, very pretty, star-crossed lovers who spend most of the film apart, one in prison (and then escaping) and the other dancing in a club where ladies don't wear very much clothing. Again, however, that's narrative, and Peate is less interested in the details of the story than in capturing the sweaty intimacy of the state of Louisiana and the internal emotions of the often incoherent and confused characters. 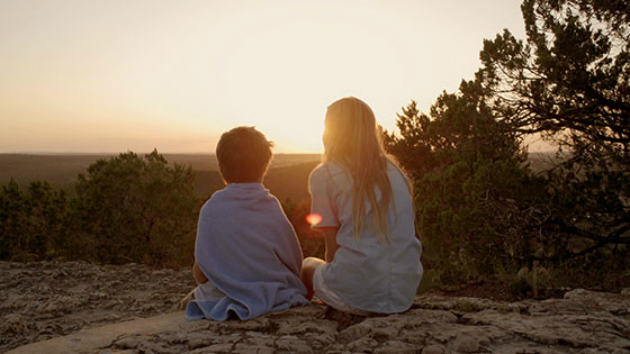 For a good portion of its running time, I thought I was bearing witness to a new entry in great American cinema, nakedly inspired by Terence Malick-style visual poety, complete with extended slow-motion sequences of children in play and remembrance.

And then the film heads off in a different direction that feels far more self-indulgent, before making a sharp turn into yet another school of thought. It's utterly absorbing, until it's not, but I was very glad to have seen it.

Tim Skousen, who also co-directed the documentary Raiders!, has a strong sense of how to capture attention, which he demonstrates in a brutal opening sequence about a family tragedy. The survivors of said tragedy are Samantha (Alexandra Peters), 13, and her 6-year-old brother William Paul (Gavin Howe); they are broken and barely hanging on, so when they're sent to a less-than-ideal household with less-than-ideal adults / parents, it's call Cinderella time for the two likable youngsters.

Even though the narrative turns ultimately proved frustrating for me, the performances by the children are a marvel to behold, fitting well within the limits of believable authenticity.