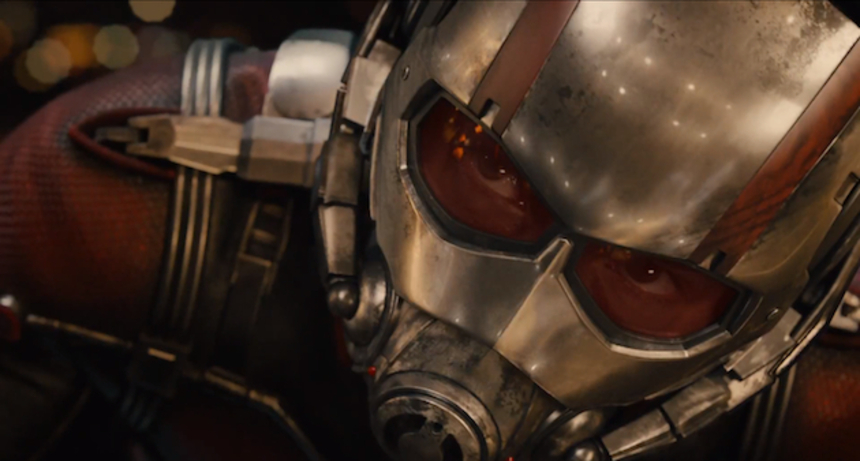 UPDATED: The full second trailer has now dropped and you can watch it below.
Marvel really seem to be having fun teasing out their Ant-Man trailers. Back in January a tiny 'Ant-Sized' teaser preceded the first proper look at Paul Rudd, Michael Douglas and co. in action. While it's safe to say that the first full-length trailer, dropped a few days later during an episode of Marvel's Agent Carter, was underwhelming, Marvel haven't put a foot wrong yet so I'm keeping the faith that they bring something new to the table when this is released in July.

This latest trailer for a trailer comes in at 30-seconds, an ostentatious Ant-length preview of the real thing which will drop tomorrow. Other than a couple of brief shots of Ant-Man himself in action there's not much more to add. Stay tuned until tomorrow, same ant-time, same ant-channel...
Tweet Post Submit