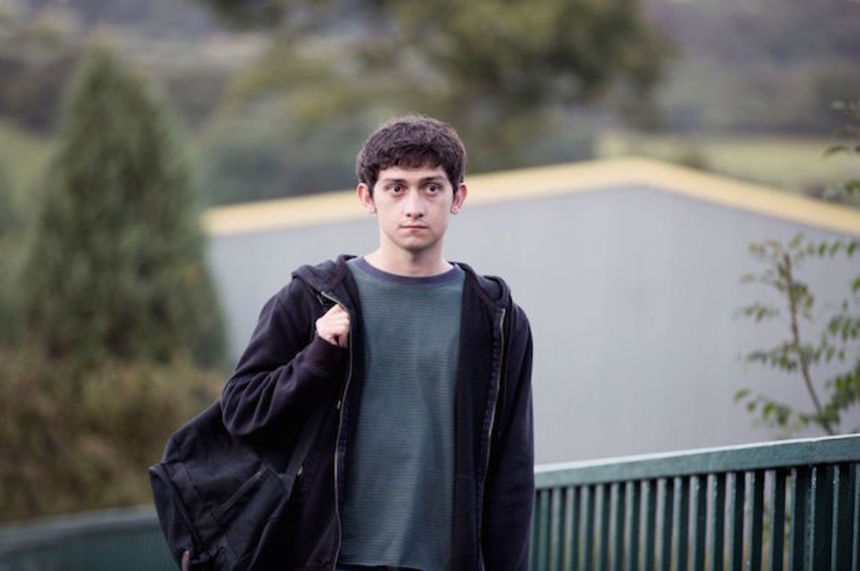 You need to remember this for the rest of your life: Craig Roberts is a real badass.

Far away from home, Roberts was recently at SXSW promoting his directorial feature, Just Jim. He is interviewed by the writer of this article (Chase Whale, if you are too lazy to look) only to be told 24 hours later that the writer (still Chase Whale) somehow lost the audio interview they just did.

Switching back to first person: I freaked out because this interview was one of the most fun I've ever done -- Roberts is hilarious (his wit is quick on the draw) and we spent a lot of time talking about being weirdos and our affinity for Paul Thomas Anderson. A one-of-a-kind interview, gone.

Well, Roberts let me know he'd be happy to do another interview, except I already left the festival so we did round two via email. I'm so bummed the original was lost, but we have something and it's good stuff. Craig Roberts -- what a guy. If you ever run into him, give him a pat on the back for being awesome. But pat gently; people have feelings, you know.

Also, seek out the pleasantly odd Just Jim when it gets U.S. distribution or we can't be friends, anymore.

ScreenAnarchy: You're a triple threat -- actor, writer and director. Ever think about taking up other things like race car driving or something?

Craig Roberts: A gangster rapper. With a gun and gold teeth.

This is your first film as a writer and director and you also star in it. What challenges come along with being both in front of and behind the camera?

As a director I found myself limited as an actor and as an actor I couldn't take myself seriously as a director. My acting is similar in range to the American Sniper baby - but it was just something I had to deal with.

Let's talk about Emile Hirsch's involvement -- he's one cool sonofabitch in this movie. One of the best performances I've seen from him. How did you get him on board and tell me about the way you dressed him -- was he supposed to look like James Dean?

Yeah, he's a great actor.  It was bizarre, we were looking for a British actor to play Dean as we thought getting an American over was unrealistic with our budget.  At the time I was working with David Gordon Green and he mentioned Emile. He passed the script on to him and he became attached. It was very quick.

He's so bloody good. - James Dean was always mentioned when we would talk about Dean. James Dean was so ahead of his time, so it felt funny to have this kind of character dropped in to a town so stuck in it's ways. Rebel Without a Cause was a big influence on the movie, that's where the character names Jim and Dean came from. Watching American movies changed my life, so it felt right to have this iconic badass step in and change Jim's. Also, the character Michel from Breathless was a reference for Dean smoking in every scene.

There are moments in the film that remind me of SUBMARINE. Did Ayoade have an influence on you when making this film and is this a really annoying questions?

No it's not annoying at all. Richard is a great filmmaker.  I think moments is fair as I'm in both films... in Wales... being awkward.  But Submarine wasn't a reference for this movie.

The third act feels very Hitchcockian. Who are some filmmakers that did influence JUST JIM?

There were a few. The Conformist was a big one, mainly for the lighting. I wanted Jim to feel non existent to most people and imprisoned in this nihilistic town. I also love the imperfect tracking shots - you can see the actors stepping over the track - I love it. Punch Drunk-Love was always mentioned with the DP and the composer, along with Twin Peaks.

Lynch's stuff played a big part in the tonal change in the movie. It always felt right to go darker in the third act. I wanted the tone of the movie to change with the protagonist's circumstances. This movie could exist with comedy throughout but we've already seen that.

Your intro before the screening was hilarious -- best one I've ever seen. What was it like watching the film for the first time with an audience at the festival?

I loved it and I also loved getting up there afterwards and talking about myself for 20 minutes.....NO! It was bloody terrifying. I just mumbled a little then ran off.

What's more awkward: watching this in a theater full of strangers or with your parents?

Probably with an audience because after wasting their time for 84 minutes, I then had to get up there and explain myself. My parents were on set a lot so I had to experience the awkwardness of that for the whole shoot. Everything is awkward, It's hard to walk into a situation confidently...right?

Ha! That's a pretty good. We've been saying a coming of age noir. Maybe...a weird comedy? That probably won't help to sell it though...I think it's like a Richard Curtis movie...

Remember that time I interviewed you and then lost the interview less than 24 hours later? How safe does that make you feel around American journalists?

I was actually relieved because I was worried I chatted shit for 15 minutes. I think most of it was spent talking about Inherent Vice, right?