It's Not The Size Of The Knife In First CLOSE RANGE Clip, It's How Scott Adkins Uses It 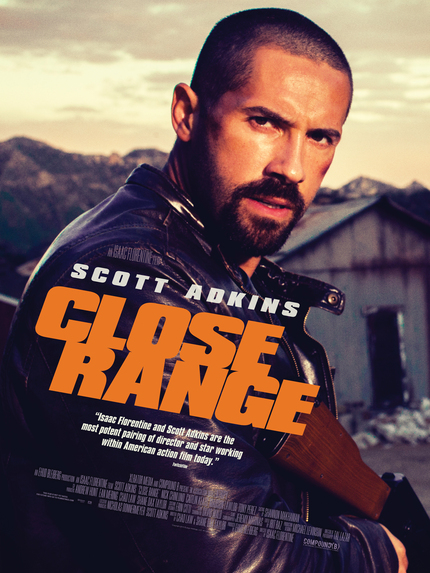 American action fans really should be thanking their stars for the director-star duo of Isaac Florentine and Scott Adkins. The duo not only set the standard for US produced fight flicks with their 2006 collaboration Undisputed 2 but have vaulted over their own bar repeatedly with subsequent pairings. So take note: Florentine and Adkins are at it again with the upcoming Close Range.

A rogue soldier turned outlaw is thrust into a relentless fight with a corrupt sheriff, his obedient deputies, and a dangerous drug cartel in order to protect his sister and her young daughter.

It was a pleasant surprise walking through the European Film Market in Berlin a couple days ago when I spotted the poster to the left - and myself quoted within it - even more pleasant when I realized the clip on screen just below it was both from the film and seriously badass. And it has now arrived online for your enjoyment. Remember: It's not the size of the knife, it's how you use it.