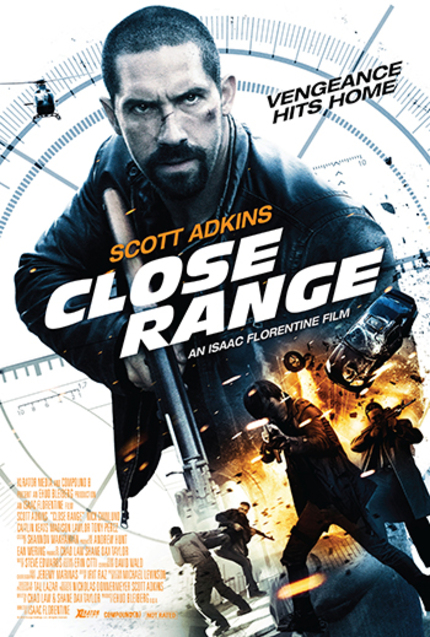 Though the holiday season has ended ScreenAnarchy's season of giving just keeps on going. We have three copies of Isaac Florentine's action flick Close Range starring regular collaborator Scott Adkins to give away.
Close Range is coming out on Blu Ray and DVD tomorrow (Tuesday) but if you can hold off for an extra 48 hours you could win a copy from us.

After rescuing his kidnapped niece from a powerful drug cartel, Colton MacReady (Scott Adkins) begins a relentless fight to save his family. The cartel has descended upon his secluded ranch with a thirst for revenge. In tow are a corrupt local sheriff and his crew of deputies, ensuring that help won't be coming any time soon. What ensues is a non-stop assault on the ranch, a blow-by-blow survival marathon for Colton to protect his loved ones and save his life.

To enter is simple. Simply e-mail me the answer to the skill testing question that follows. Correct answers will be entered into a random draw. Winners will receive one (1) DVD of Close Range.
Name three other films that Isaac Florentine has directed Scott Adkins in.
The contest is open to U.S. resident only and we will take entries up to midnight on Wednesday, January 6th (PST).
Sign-In to Vote
Tweet Post Submit