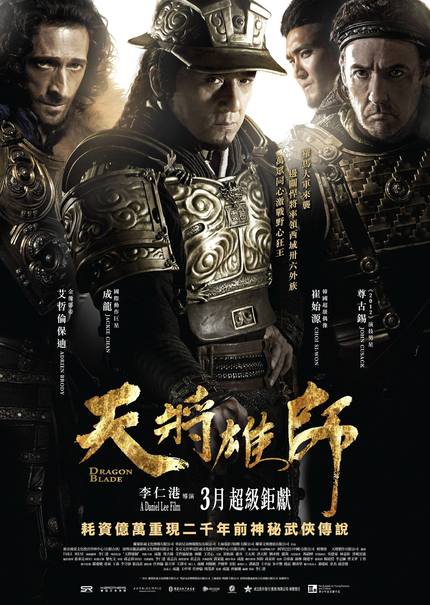 With the premiere of Daniel Lee's big budgeted historical epic Dragon Blade, starring Jackie Chan, John Cusack and Adrian Brody, is just around the corner, the final two trailers has been posted to promote the release.

Jackie Chan stars as Huo An, the commander of the Protection Squad of the Western Regions during the Han Dynasty. He is framed for a wrong he did not commit and is enslaved. Meanwhile, a Roman general is on the run after his mission of rescuing the Prince and escapes to China. These heroic duo soon meet each other in the Western Dessert and embark on a thrilling journey together.