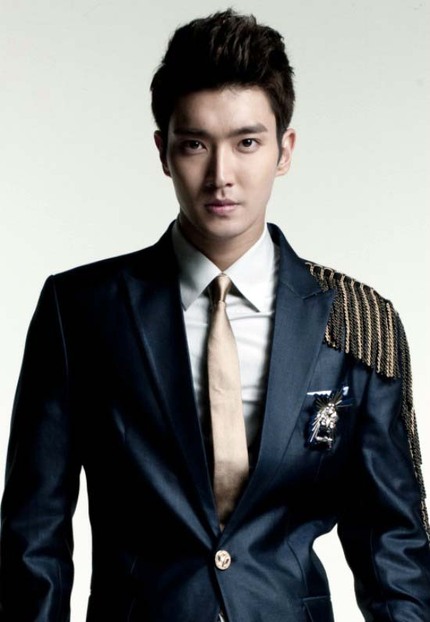 Never one to let the grass grow under his feet, the legendary Jackie Chan has made headway into South Korea's burgeoning Hallyu wave, with appearances on local television and even starting his own K-Pop group, JJCC.  For Jackie's latest, Dragon Blade, he brought over friend and protégé, Choi Siwon, from K-Pop supergroup, Super Junior, to costar.

Completed before he enlisted for mandatory military service, here's my email chat with Siwon, who tells of his adoration of Jackie, going head-to-head with Oscar winner, Adrien Brody, and the action benefits of K-Pop dance choreography.


The Lady Miz Diva:  Mr. Choi, how did the opportunity to participate in Dragon Blade come to you?

Choi Siwon:  During a Korean entertainment program shooting, I first met Jackie Chan and kept in touch since then.  One day, he recommended me to take a look at the script of Dragon Blade, which he already decided to appear in.  After reading the script, I could not hesitate to be a part of this fresh and interesting story with an excellent director and incredible cast.

LMD:  I've had the pleasure of interviewing director Daniel Lee before, and he is a very educated man who expects his actors to really give their all to their characters.  Did he ask you to do any special research into that time period or the Hun tribe?

CS:  Yes.  He wanted me to fully understand the historical period where the story takes place and the Hun tribe, as well, in order to really give life to the character, which held a key twist that changes the story in the movie.  As I completely agreed, I did some study before the actual shooting started.

LMD:  What was it like for you to have a fight scene against Oscar winner Adrien Brody?

CS:  It was a new and wonderful experience. We really spent a lot of time practicing for even short movements, and he was always very serious in every rehearsal as it was the actual filming, which really impressed me.

LMD:  Please talk about the construction of that fight scene? Did it all run smoothly with no accidents? Was it harder or easier than Super Junior's dance choreographies?

CS:  I did some personal training beforehand and the whole team including the director, the cast, and all staff did several rehearsals, so even small actions could be shown beautifully in the screen.  Because of those efforts everyone put in, there were no injuries.

I would carefully say that since action in movies and performances on stage are somewhat similar in a way, because both expresses something through body movements, and maybe that is why I was able to pick up the actions in the movie quickly, but Super Junior's dance choreography is still more easy to me. Haha

LMD:  Please talk about your friendship with Mr. Jackie Chan?  He seems to have adopted you.  How did you become friends with him?  What is the most important thing you've learned from him and what quality about him would like you like to emulate in your own life?

CS:  As I mentioned above, I first met him during a shooting of a Korean entertainment program, and thankfully, he was very kind from the beginning and treated me comfortably.  That becoming the opportunity, we kept in touch and were able to build closer friendship through shooting the movie, Dragon Blade.

Watching him in a close range, his thoughts for the environment and the next generation truly impressed me.  He is somebody who always thinks about how the results coming from his choices will affect the environment and next generation, and tries to be more careful making the decisions, which I personally think is very wonderful.  Also, how can I not admire his endless passion toward his work!

LMD:  Have you become more interested in martial arts because of him?  What are some of your favourite films of his?

CS:  Of course!  I think everybody once has thought about learning martial arts as a kid by watching his movies. My favorite film is Rush Hour, which captivated many audiences with incredible action and great humor through charming characters.

LMD:  Mr. Chan knows every aspect of filmmaking.  Has he inspired you to perhaps look beyond acting to other aspects of production, like writing or directing?

CS:  He always appears at the site and checks all parts of the site thoroughly by going over not only his, but also others' movements.  I think this comes from taking the overall story and production in consideration, and not just focusing on his lines or acting.  These actions of him inspired all the cast, including myself, since it is important for all parts to come together in harmony in order to produce a good movie.

CS:  I think the two fields are different but similar.  Singers and actors both express and try to deliver every part of the song or movie to the audience by stage performance or acting the character.  There is a connection between the two that cannot be put into words, which makes it hard to explain, but, yes, my experience from both fields have definitely helped me.

LMD:  You've made a number of dramas in Korea and you're filming features in China.  Is there a difference in the process of making a production between those two countries?

CS:  Compared to movie productions, drama productions is a longer term project that becomes a whole completed by cumulating one episode after another, which requires me to continuously carry on the emotions of the character for a longer period.  On the other hand, movie productions are done within a shorter period (although it depends on piece) through great focus and immersion to complete the overall big story.  But these slight differences only come from the difference in genre and story-telling method, the production process between Korea and China are similar.

LMD:  You actually speak some English in Dragon Blade, which surprised me.  Can we look forward to an English-language film from Choi Siwon sometime?

CS:  Who knows?  Maybe someday once I have the opportunity.

This interview is cross-posted on my own site, The Diva Review. Please enjoy additional exclusive content there.

Do you feel this content is inappropriate or infringes upon your rights? Click here to report it, or see our DMCA policy.
Adrien BrodyDaniel LeeDragon BladeJackie ChanK-PopSiwon ChoiSuJuSuper Junior