A young student is lodging with a family in the forest where the peace and seclusion of their subterranean bunker will allow him to concentrate on an academic work. The family welcomes him with great friendliness and, at first, everything seems to be fine. But after a while the parents increasingly use the student as a private tutor for their eight year old son, Klaus, who up until now has been educated exclusively by his father at home. They want the boy to receive a comprehensive education - this includes the study of global financial systems and Machiavellian machinations. As the student has less and less time to devote to his own work, and cracks start to appear in the family's facade. A highly neurotic web of relationships is revealed, the chief victim of which is the young Klaus. Totally overwhelmed by the excessive expectations of his parents, the child has no opportunity to play or let off steam. When the student sides with Klaus against his domineering parents, the situation threatens to spiral out of control.

Selected as part of the Perspektive Deutsches Kino program in Berlin the world premiere of Chryssos' debut is just around the corner and ScreenAnarchy is proud to premiere the poster art for the film as well as sharing the first released clip. You'll find the clip below and you can click the poster image below as well for a larger version. Pit Bukowski, Daniel Fripan, Oona von Maydell and David Scheller star. 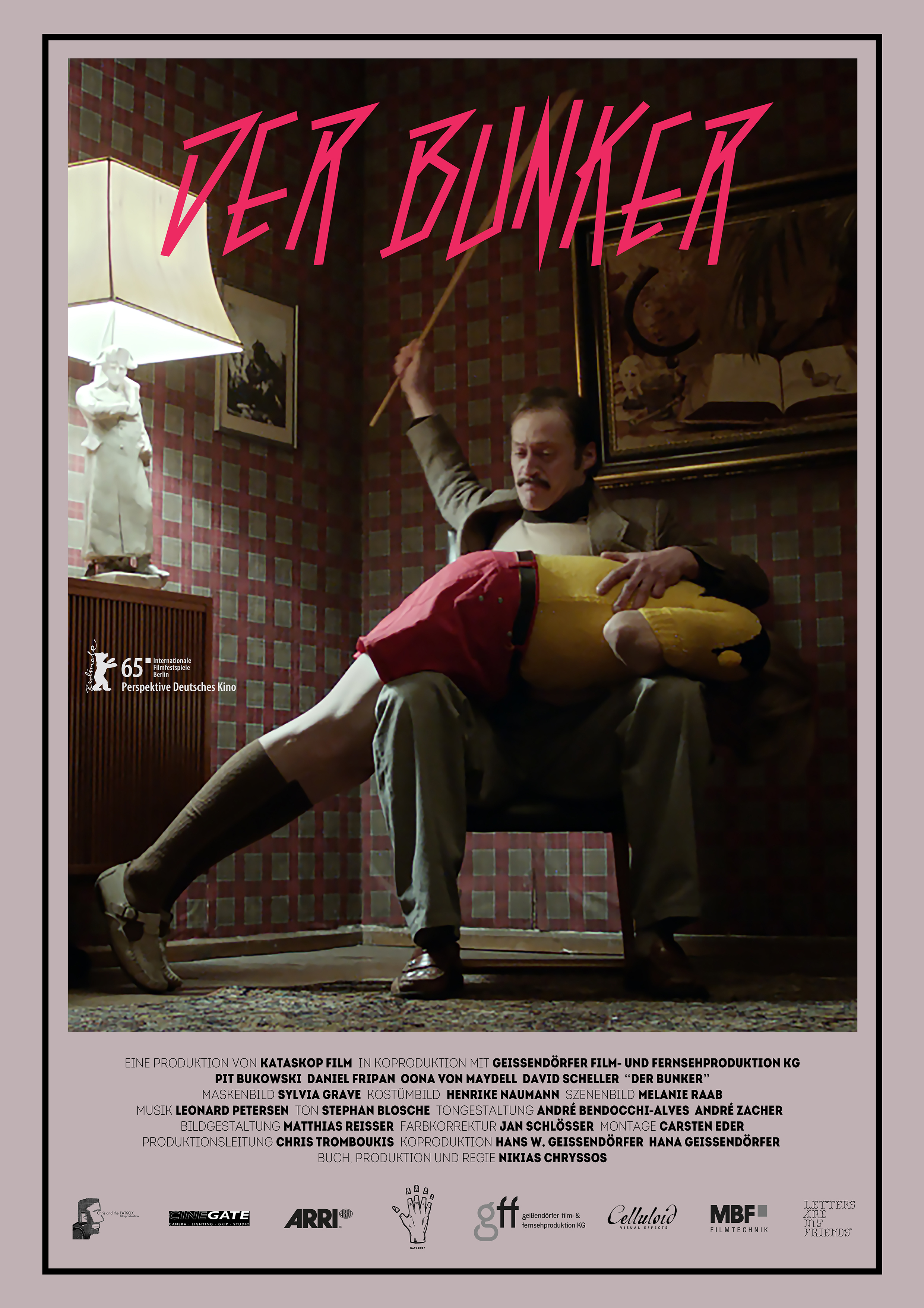 Do you feel this content is inappropriate or infringes upon your rights? Click here to report it, or see our DMCA policy.
Berlinale 15clipder bunkernikias chryssospit bukowskiposterthe bunker