San Cristóbal De Las Casas 2015 Review: PORTRAITS OF A SEARCH, A Forceful Documentary On The Victims Of The Mexican Drug War 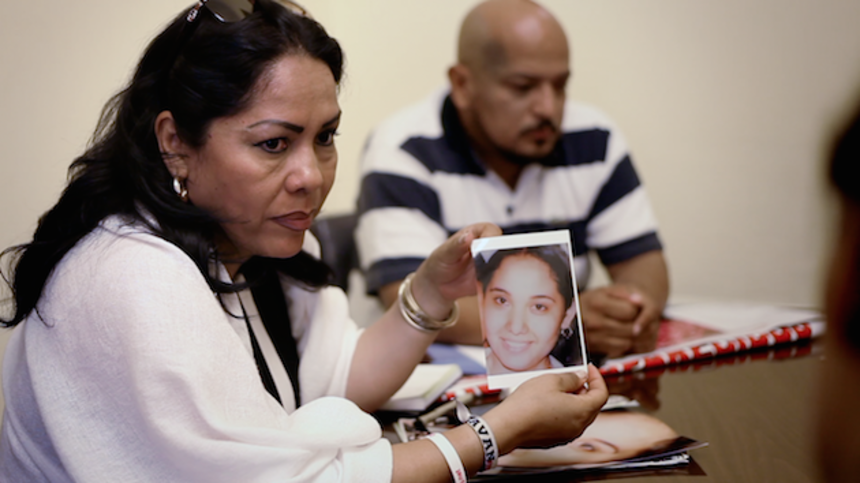 One of the toughest moments in Narco Cultura comes from a layer of the whole drug war problem that is not profoundly explored in that recent documentary: What are the feelings and thoughts of the familiars of the assassinated or missing victims?

In Narco Cultura we see a desperate mother screaming because she cannot tolerate the pain that comes from the knowledge that her son was decapitated. Portraits of a Search (aka Retratos de una Búsqueda) is, then, the documentary that has as its main subject the victims of the drug war, and is told from the perspective of their familiars, in specific the mothers.

Portraits of a Search is connected with another Mexican doc in the San Cristóbal De Las Casas festival lineup: The Naptime. Forty nine babies died in the ABC tragedy, while thousands of persons have disappeared during the Mexican drug war, though both documentaries are told from the point of view of only a couple of families that lost someone due to these issues (here a third mother is later introduced and becomes a major character).

The pain lingers on for the different families in both The Naptime and Portraits of a Search, but in the latter, aside from the fight to find justice, there's still hope for the families to see their missing loved one again. The mothers won't rest until they find their sons alive, or one of the bodies from the countless mass graves in Mexico is confirmed to be their respective daughter or son.

The first situation that appears in the documentary is devastating. A little kid wonders if his parents will ever come back home, while his grandparents know that at some point the little boy will have to learn the truth that everyone else knows (his parents are missing). Soon the stories take a different level, exposing the torturous Mexican bureaucracy that slows down everything, and how justice is nowhere to be found in this country.

One of the main contributions of Alicia Calderón's effort is definitely the footage collected from the demonstrations of the fight of these and other families. The doc needs to be seen especially in the United States, as the Mexican drug war is directly related to what happens in Washington, D.C.

In an act of desperation as a result of the lack of Mexican justice, the film crew travels to the capital of the U.S., following an attempt of the familiars of the missing persons to let the American congressmen know about their situations. There we meet the mother that, ultimately, is the doc's main character: a strong woman whose daughter disappeared and who is waiting on an FBI investigation that must confirm whether a decapitated body found belongs to her daughter or not.

Another hot topic is the type of the people who disappear due to the drug war, because the common, easy thought is to say that the sicarios/corrupted policemen only act against someone who is directly involved in criminal activities. Obviously, killing a "non innocent" person is still illegal, and this is why the documentary doesn't fully say who these particular victims are. The other protagonist, a mother who gained the attention of the director when she questioned then-Mexican president Felipe Calderón in person, says at some point, "if you say my (missing) son is a criminal, then prove it."

The pain of a mother is the same, no matter what, but maybe the film becomes more about the case that was being investigated by the FBI because the victim was not involved in any way with the drug issue. All she did was to marry a military officer, confirming that the Mexican drug war is just like the one Roberto Saviano wrote about in Gomorrah.

In that regard, Portraits of a Search doesn't reveal anything new to the Mexican audience, but that was never the intention. It's an approach to the pain of innocent people whose lives have been forever changed. It's simple and short (around 70 minutes) but quite forceful.

Do you feel this content is inappropriate or infringes upon your rights? Click here to report it, or see our DMCA policy.
ChiapasDocumentaryMexican CinemaPortraits of a SearchSan Cristobal de Las Casas