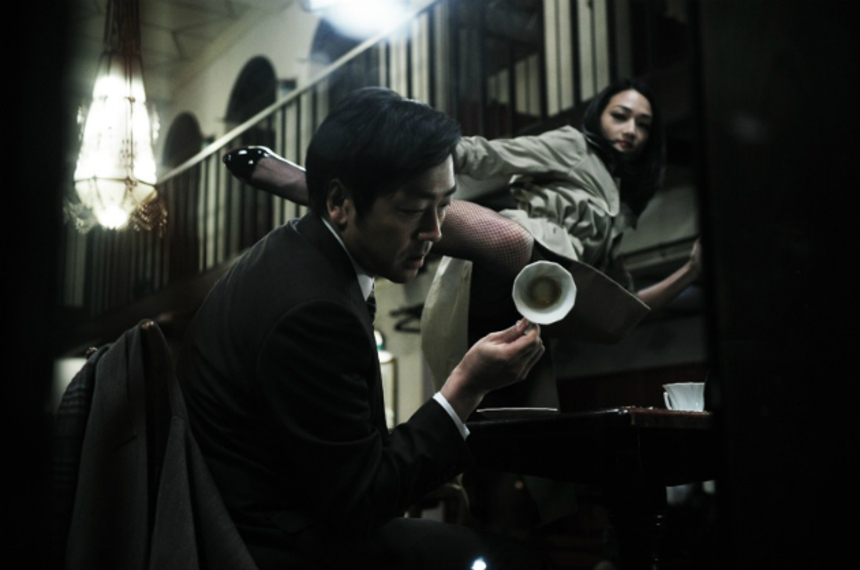 By the time Matsumoto Hitoshi made the move into feature films with his 2007 effort Big Man Japan, he was already a massive star in his native Japan, his television comedy work having firmly established Matsumoto as one of the nation's most popular entertainers.

The conversation at the time was dominated by Matsumoto versus Kitano chatter -- as in, would this latest comedian to move to the big screen from the small have a chance at matching the critical acclaim of his predecessor. With Matsumoto now four feature films into his big screen career, it is increasingly clear that those early debates miss the point entirely. Not only was the supposed competition between the two former TV comics made moot by the simple fact that Matsumoto's work is far, far better than Kitano's since he made the move, but even talking about Matsumoto in TV comedy terms at all overlooks the fact that he has become so very much more.

While Matsumoto's work is often funny, it is hard to even refer to him as a comedian at this point. He is a world builder of the highest order, a man who sees thing through a perplexing, often confounding, always left of center and surprising lens. The absurdity of his work is never without a point and he is long, long past the point of simply cracking jokes to try and get a laugh. The laughs just happen to be a handy side effect of a larger design. And he is very much up to his usual tricks with R100.

A play on the Japanese film rating system which tops out at R18, R100 follows Momori Nao as Takafumi. A bland man living a bland existence in a bland universe, Takafumi has latched on to a rather unusual method of bringing some color and joy into his life. He has joined a bondage club. But this is no run of the mill bout of S&M, no. These dominatrixes come to you wherever they wish and ply their trade right out in the open. The publicness of the humiliation is precisely the point and the rules are simple: once you enter a contract there is no breaking it. You must submit. You can never initiate contact with the 'Queens'. And it is exactly what Takafumi needed in his life, at least until the Queens in question refuse to acknowledge his limits and his attempt to back out of the contract leads to rapidly escalating consequences.

Though the festival website lists the local rating as 18A, that cannot possibly be correct as the film contains not a moment of female nudity - the only nudity at all comes with an entirely innocent shot of Takafumi giving his son a bath - scarcely any explicit talk and a cross section of the S&M world that - a couple of intentionally ridiculous exceptions aside - mostly just involve Takafumi getting slapped and kicked a lot. Matsumoto's title, designed to scream, "This is the most extreme thing EVER" at his audience, is clearly a part of the joke at play here. The entire film, on one level at least, digs at the continuous urge to be more extreme and more daring with shots of the meta-narrative 'director' of the film confirming an intentional decision to not give the audience what the title promises.

What the film does deliver is an intensely intelligent, more witty than funny, and fabulously acted study of the lengths people will go to secure happiness. On the relative scale of his work, R100 stands a significant step behind Symbol - which is still comfortably Matsumoto's strongest film - while still being very, very good and demonstrating once again that Matsumoto is one of the most ferociously unique filmmakers on the face of the planet.

Review originally published during the Toronto International Film Festival in September 2013. The film opens in select theaters in the U.S. on Friday, January 23, via Drafthouse Films..