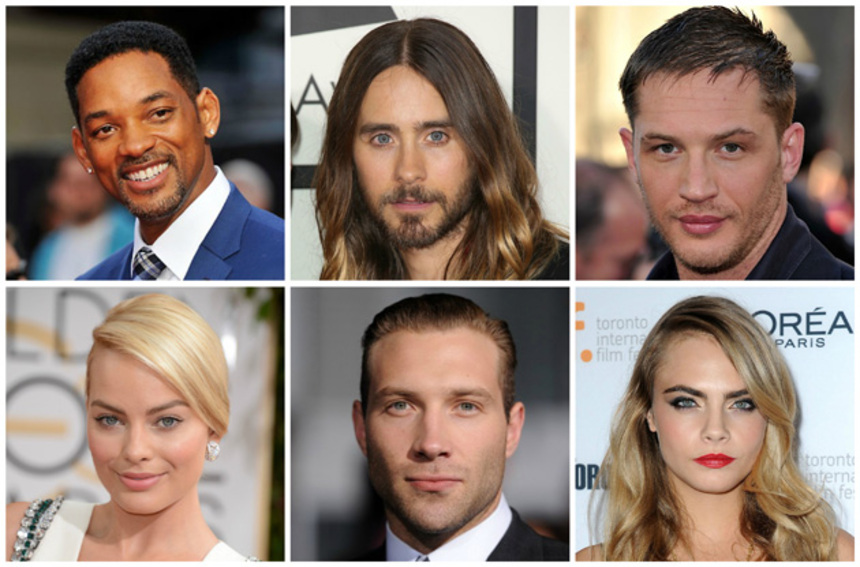 Warner Bros and DC Entertainment have lined up some serious star power for its villains-forced-to-be-heroes film Suicide Squad, according to a report from THR. Though rumors were whirling around prior to today's official announcement, no one knew who landed what role.
Tom Hardy will play the Suicide Squad's leader Rick Flag. Will Smith will play Deadshot. Jared Leto lands the ready to be scrutinized role of The Joker. Aussie bombshell Margot Robbie will play his sometimes significant other Harley Quinn. (Smith and Robbie also star in the upcoming con man caper Focus, due early next year.) Jai Courtney will play Boomerang and stunner Cara Delevingne will play Enchantress.
Fury director David Ayer will write and direct Suicide Squad. The film will shoot here in Toronto starting in April 2015 and on through to September.
Sign-In to Vote
Tweet 0 Submit

I don't really understand how this is one of the first projects they have shooting, but whatever I guess I'll reserve judgement until there's a trailer.

I think it all points to the moment that DC & WB decide to "catch up" to Marvel after The Avengers. Remember, Batman V. Superman was supposed to be MoS 2. They only tied the first MoS to a broader Justice League Universe afterwards through CGI.

They know they can't give each superhero a movie. It wouldn't surprise me if Batfleck doesn't get a solo film. So their strategy is to only give solo films to those who really haven't had their own films yet, especially to the more "obscure" Justice League heroes. So they're trying to give us heavy doses of the heroes and villains.