Opening: EXODUS: GODS AND KINGS, A Barrage Of Biblical Bombast 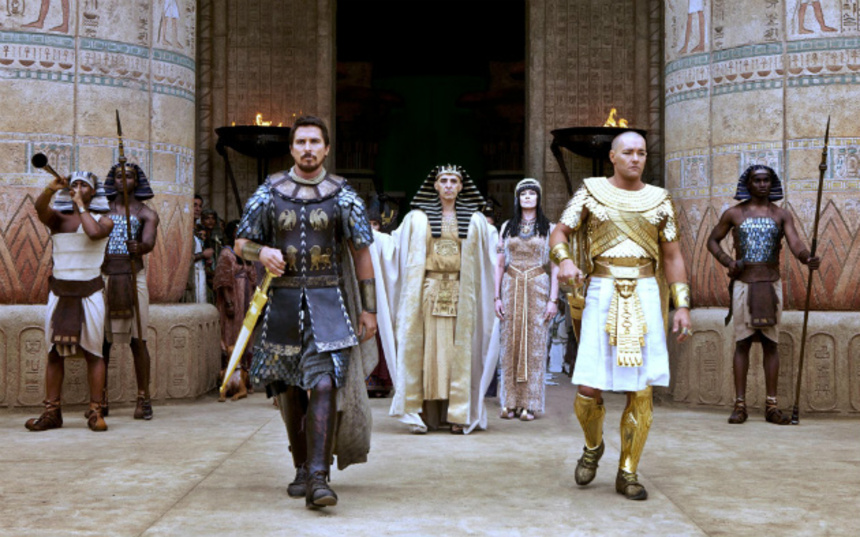 Meeting, but rarely exceeding, expectations, Ridley Scott's grand retelling of Moses and the Hebrews' flight from Egypt is strong on visuals and A-list presence, but slight on narrative and characterisation. Christian Bale and Joel Egerton both put in fine performances as Moses and Rameses, while the rest of the big-name cast gets lost amidst a CG-heavy blizzard of battles, plagues, revolts and muddled imagery.

While Ridley Scott began his career with inquisitive, genre-defining science fiction films, he soon found his stride as Hollywood's go-to guy for epic tales of adventure, revolution and historical derring-do. b>Exodus: Gods And Kings (which pilfers its sub-heading from a stalled rival production that was at one time to be directed by Steven Spielberg) feels very much cut from the same cloth as 1492: Conquest of Paradise, Gladiator and Kingdom Of Heaven.

This is an excerpt from our original review, published in connection with the film's release in Asia. You can read the entire review right here. Exodus: Gods and Kings opens wide in theatres across North America on Friday, December 12.