Kevin Bacon is about to get violent when the new film from Jon Watts, Cop Car, makes its world premiere in Midnight at next month's Sundance Film Fest.

It's a pretty damn simple premise:

The film is written by Watts and Christopher Ford who is best known for writing Robot & Frank. It's produced by Drinking Buddies/Joe Swanberg producer Alicia Van Couvering (amongst others). The film stars Kevin Bacon, James Freedson-Jackson, Hays Wellford, Shea Whigham, and Camryn Manheim.

We've got 4 stills for you below but just go ahead and sign us up now. 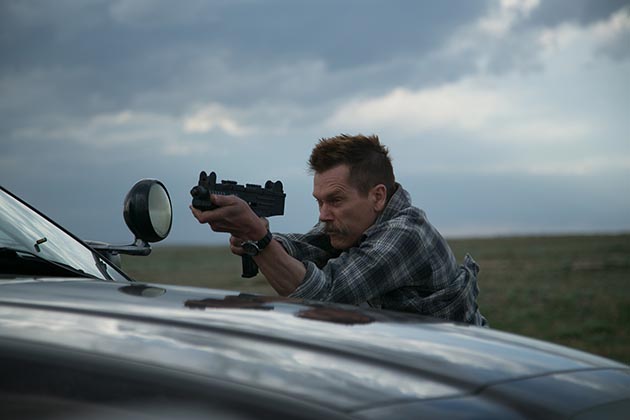