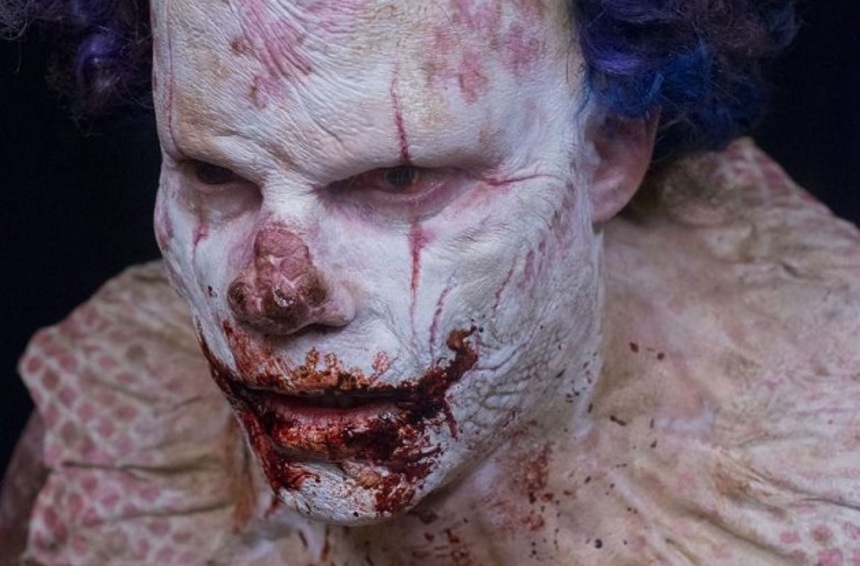 The Eli Roth-produced horror flick Clown is coming to U.S. cinemas and on demand at Starz Digital on June 17.

Clown is a story of a loving father who dons a clown outfit and makeup to perform at his son's sixth birthday, only to later discover that the costume - red nose and wig included - will not come off and his own personality changes in a horrific fashion. To break the curse of the evil outfit, the father must make grim choices with his own family facing danger.

Clown was directed by Jon Watts (Cop Car), who also co-wrote the screenplay with his Cop Car collaborator Christopher Ford. No doubt the success of Cop Car this past year pushed this other film they made in 2014 back into circulation.