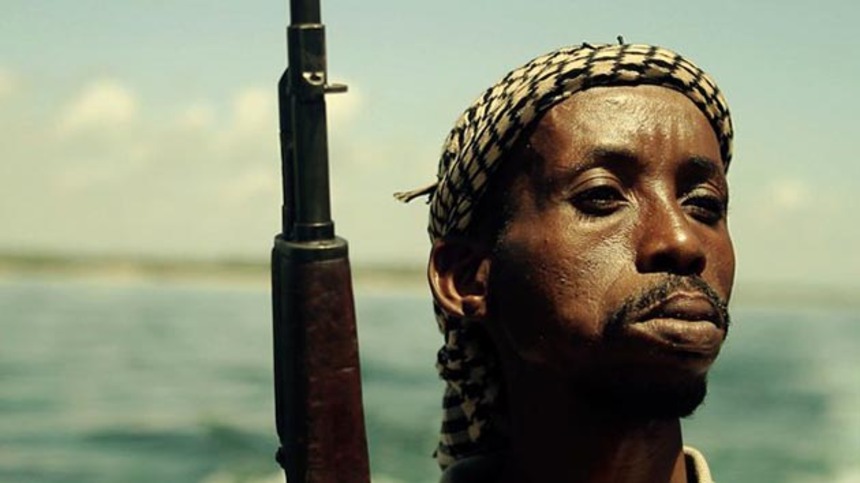 You'd be excused for a slight case of déjà vu when reading the description of Cutter Hodierne's feature debut Fishing Without Nets. Somali pirates have been a hot topic lately with both Danish film A Hijacking and Paul Greengrass's Tom Hanks vehicle Captain Phillips earning critical praise in the last couple of years. Add to that the fact that Hodierne's own short version of this film (with the same title) took home the top shorts prize at Sundance 2012. But don't let the abundance of Somali pirate stories scare you away. Fishing Without Nets is a powerful film, deliberate and absolutely beautiful, with plenty still to add to the topic.

Set in a starkly realistic, trash-covered Somali village, Fishing Without Nets focuses on Abdi (Abdikani Muktar), a poor fisherman with a lovely young wife and son. The sea has stopped providing a living in the way of fish and Abdi spends his last pennies to pay a smuggler to take his wife and son to Yemen. Left in the village with a crushing longing for his family, Abdi eventually takes a friend up on his offer to make some real money by joining their next pirate mission.

The ship's capture takes place with a similar realism to the other recent pirate films, but the events that follow are decidedly fresh, presented from the perspective of Abdi. Through the events, we get to know the charismatic pirate leader and the paranoid upstart pirate who threatens to bring the plan crashing down. When Abdi's compassion for one hostage in particular lands him in trouble, it becomes painfully clear that Abdi is just as much a prisoner of his circumstances as the hostage.

More than anything, Hodierne has crafted a visceral cinematic experience. You can practically smell the burning trash fires in the village and feel the spray of the surf as the small boats crash through the overhead waves. The tension is palpable amongst the rookie pirates as they nervously guard their hostages and argue over what to do if things go wrong. And most notably, we feel what Abdi feels, from the hopelessness that leads him to piracy to the crushing doubt about the decisions he's made.

It's surely tough to tackle the same subject matter after two films have done it so well. But Hodierne and his team absolutely stand up to the challenge. From the gorgeous visuals to the incredible acting by non-professionals, Fishing Without Nets takes a world to which we've been recently introduced, and expands it to magnificent results.

Review originally published as part of the Sundance Film Festival in January. 2014. Fishing Without Nets opens in limited engagement in New York on Friday, October 3.