The Similars (Los Parecidos) tells the story of eight different persons who are stuck at a bus station. It's October 2, 1968 and Mexico is about to live the student massacre of Tlatelolco. But that's just the film's background and writer/director Isaac Ezban was not really interested in creating a political piece. He wanted old-school science fiction, so his characters begin to psychically look exactly like one of them. And that will bring some madness, for sure.

Ezban wrapped production on The Similars two weeks ago. Filming took place mostly at Estudios Churubusco, Mexico's most iconic film studios. I was fortunate enough to visit the set of The Similars at said studios on August 7, where I got to talk with Ezban and Humberto Busto, one of the stars of the film, and witnessed the making of two scenes. Read on... 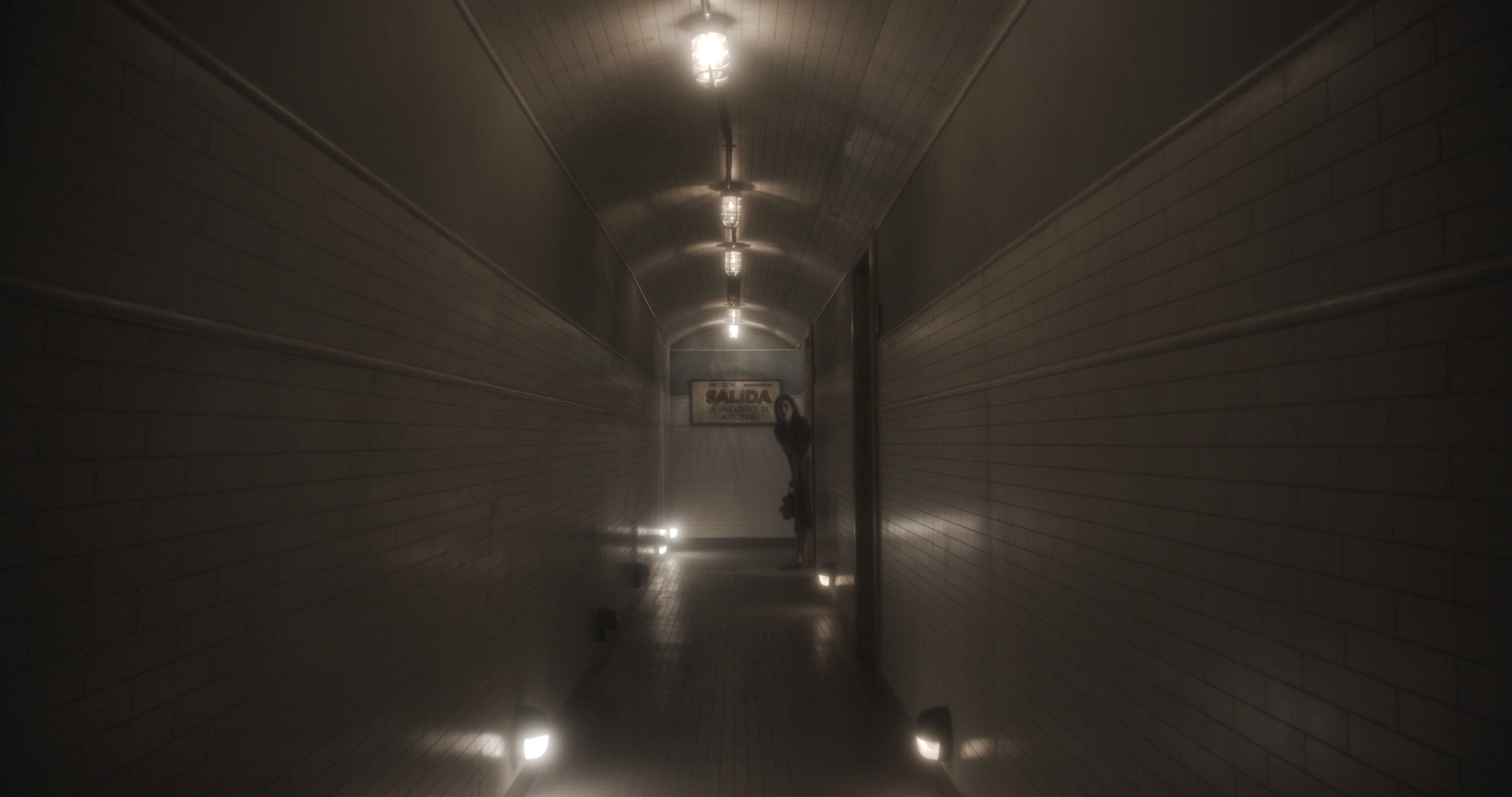 Twitch’s set visit happened during the very last week of shooting, actually. “We are finishing week number five”, said Isaac Ezban, after I joined him and part of the cast and crew during their lunch break. “We have only two days left, in fact, as this is day 28 of 30. We are so close, and I don’t know what I’m going to do without all of them (cast and crew). I will miss the set a lot”, added Ezban.

The great environment within Ezban and his team was very easy to perceive, and the director had nothing but compliments for the people who made his vision come to life. “I’m very happy with everything we have done. Everything has been incredible: the cinematography, the actors, the art, and the special effects. I was lucky enough to have a great team in every way”, said Ezban. 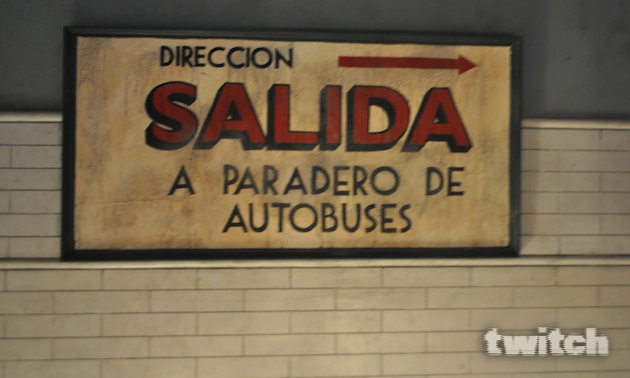 But like pretty much every Mexican film, The Similars met with complications before principal photography began. “I wrote The Similars in 2011, thinking it was going to be my debut feature”, confessed Ezban, whose first film turned out to be the Fantastic Fest selected scifi The Incident (El Incidente).

“After I met producer Elsa Reyes at the Guadalajara Film Festival (in 2011), we began developing The Similars. We applied for several funds, like FOPROCINE in 2012. When they didn’t give it to us, I was disappointed and said, I want to make a film that doesn’t need governmental funds. That’s when the idea of doing The Incident came, as I thought - incorrectly - that it was a much smaller film”, revealed Ezban. 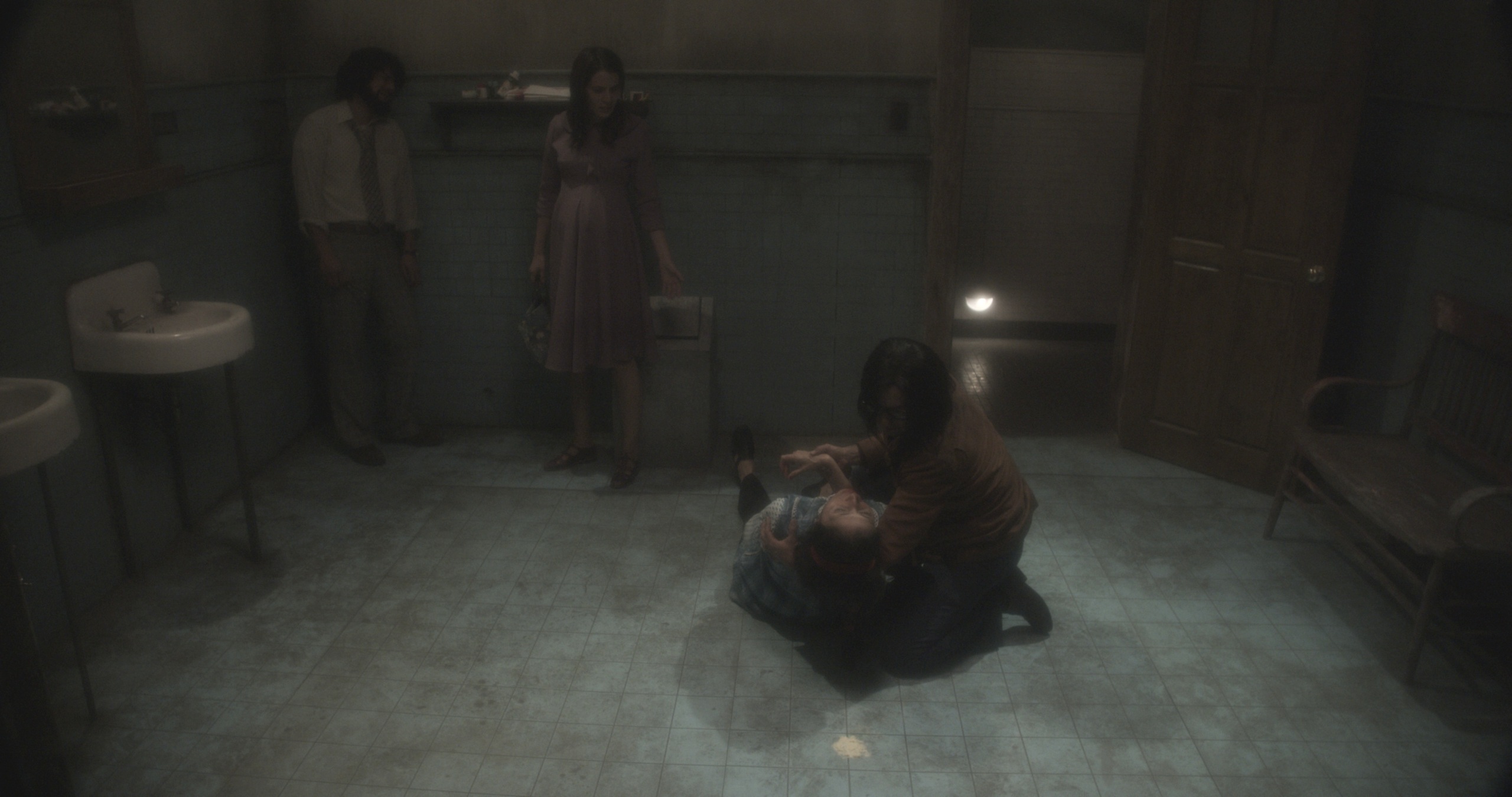 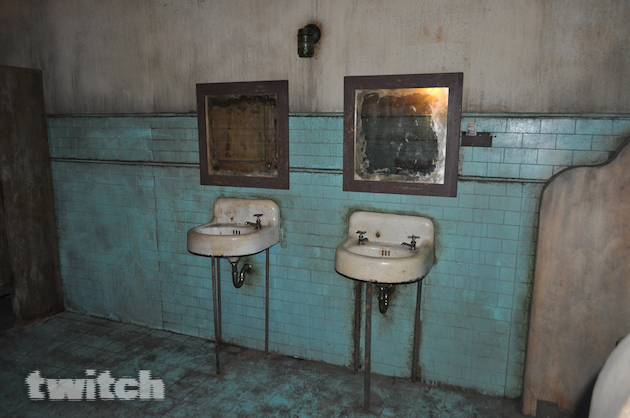 The Similars features an ensemble cast, and the characters are quite different from each other. Ezban revealed more about these roles: “We have the people who work at the bus station (a cleaning lady and the old ticket clerk); the man whose wife is giving birth in the city; the young pregnant woman who is escaping from her abusive partner; a mother and her son; the student that represents the mentality of those times; and an indigenous, shaman-like, woman.” 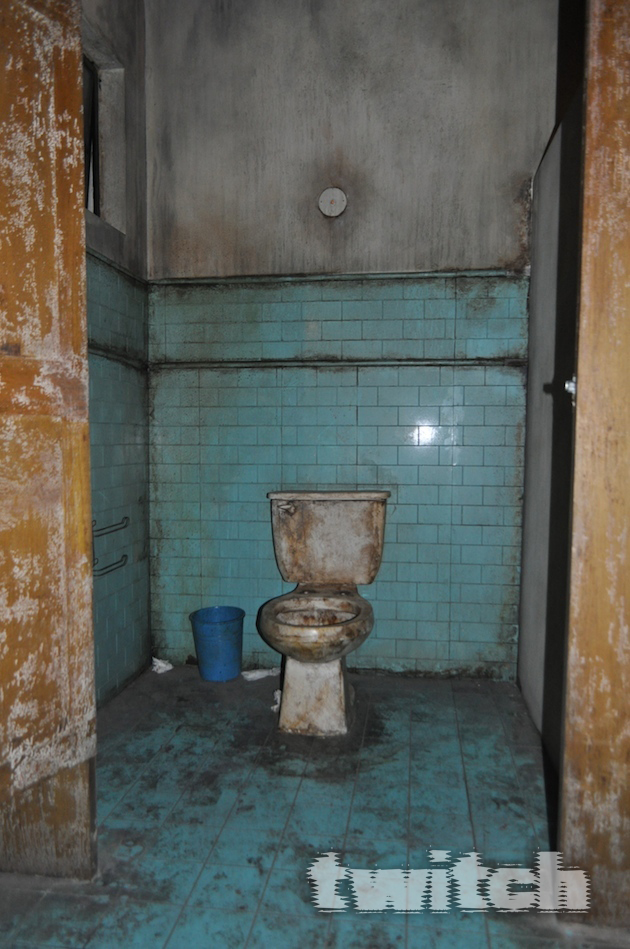 The bathroom set was not used during the 28th day of shooting. 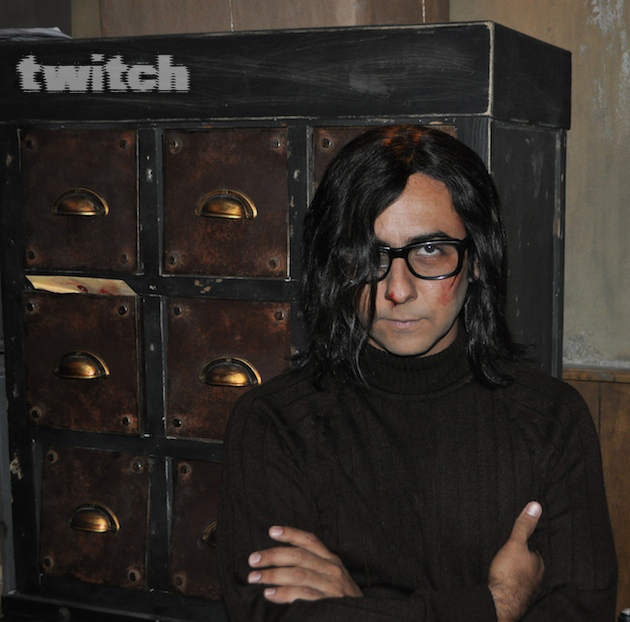 The first actor I saw when I arrived to the film studios was Humberto Busto, who is known worldwide for playing Gael García’s buddy in Amores Perros (yes, the guy who dies during the car crash).

The Similars marks Busto’s second collaboration with Ezban, as he also appears in The Incident. “The Similars is a more stylish film (than The Incident). The characters are archetypes, and it’s difficult to associate, as an actor, what we are doing with the structure that Isaac needs”, said Busto, who plays the student in the movie.

“My character is Alvaro, a dude who studies medicine. He is going back to Mexico City, to be part of the Tlatelolco rally. He represents the idea behind the film: in a world where society imposes certain models to follow, how we can lose our identity and the desperation and frustration that comes along. He believes in conspiracy theories and thinks the government is behind everything because they want to destroy the identity principle. He has a noble objective, in benefit of justice, but ends realizing about his own egoism and rage”, disclosed Busto. 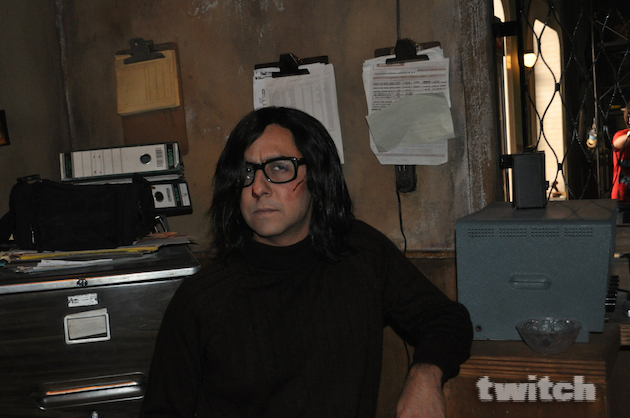 In order to play Alvaro, Busto had to face several challenges, including a makeup process of two and a half hours. “I began to lose my mind because you’re literally looked up in a place, with a mask. I was crying during makeup because I felt anxiety, precisely as I had to transform into someone who I am not. That’s one of the biggest nightmares you can live. Not being you”, confessed Busto. 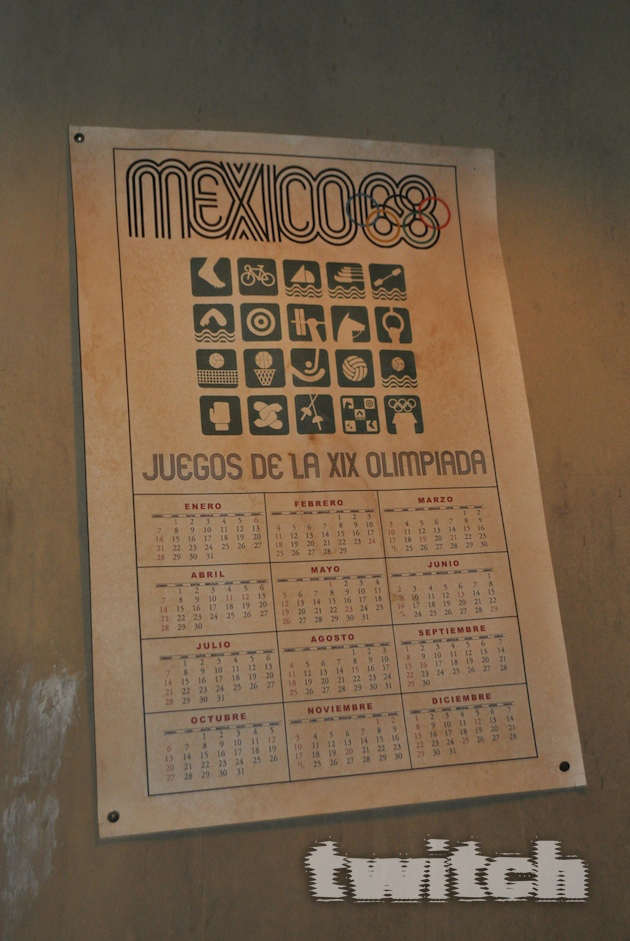 The film was very challenging not just for Busto. Being a period piece set in the late sixties, Ezban chose to recreate not only the look but also the film style from those times.

“We decided to do the film as if it were the sixties so basically all the special effects are practical, with stunts and dummies. I never liked the idea of using CGI. The actors have prosthetics. We have created creatures. For all of this, I was very much influenced by John Carpenter, The Thing, David Cronenberg, and Richard Kelly”, said the director.

“I wanted the film language from that period too, so we don’t have hand-held camera work, only static and dolly shots”, added Ezban.

The picture above shows a 1968 Summer Olympics calendar, with the event’s logo. The next three photos also display objects from the period that adorned the set. 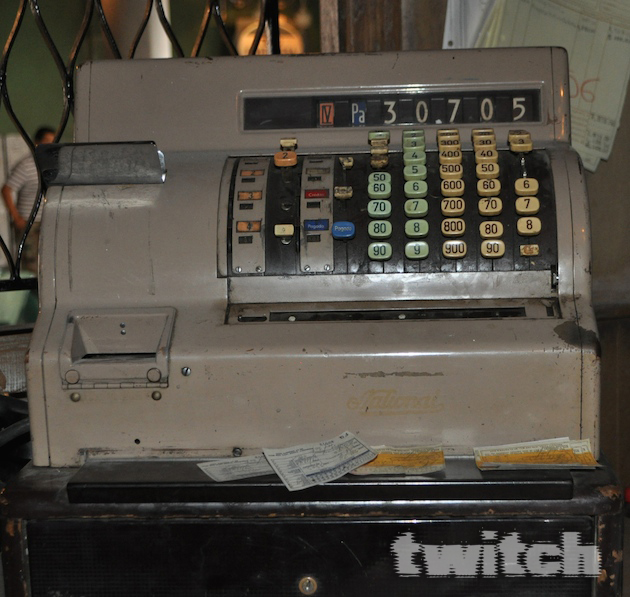 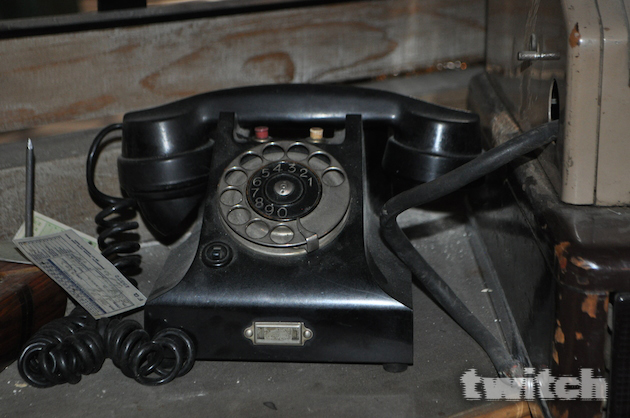 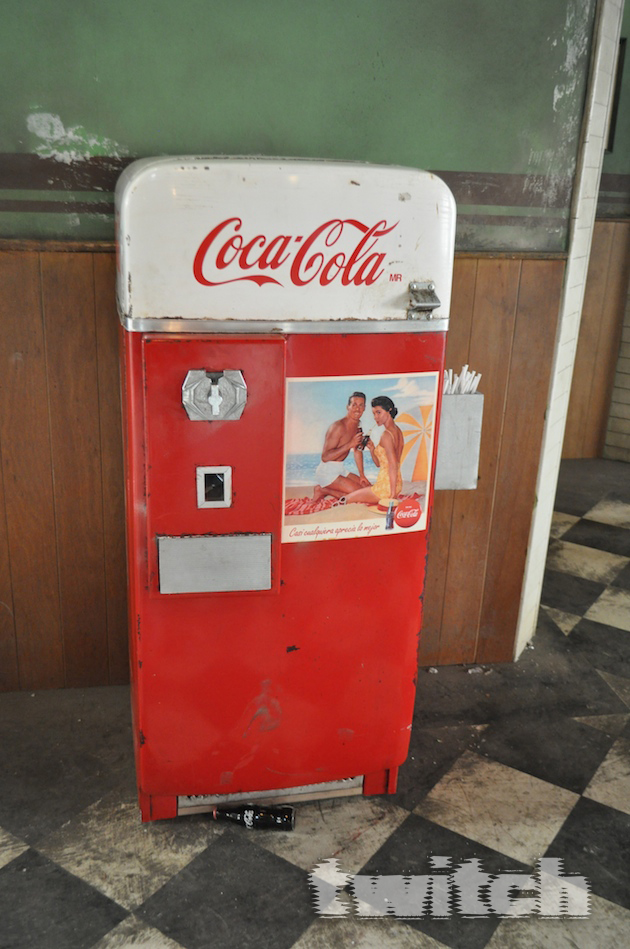 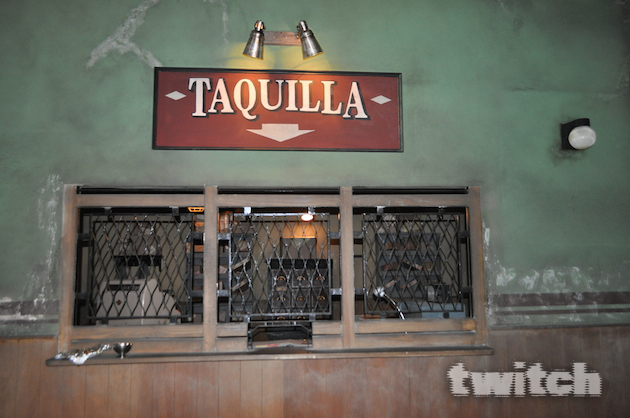 As the lunch break - and the interview - ended, Ezban and his team proceeded to work for several more hours. Even if the most complicated scene was done already - “a scene of 15 pages that took four days to complete”, as Ezban recalled - what I witnessed was kind of difficult too.

“Everyone has had a moment of madness; some during day 10, others during day 1. Mine is right now, while you’re interviewing me, because we have a lot of things to do and I don’t know how are we going to! Every day is crazy. Every day is such a big challenge”, Ezban told me before beginning the rehearsals for one of the last scenes in the film. 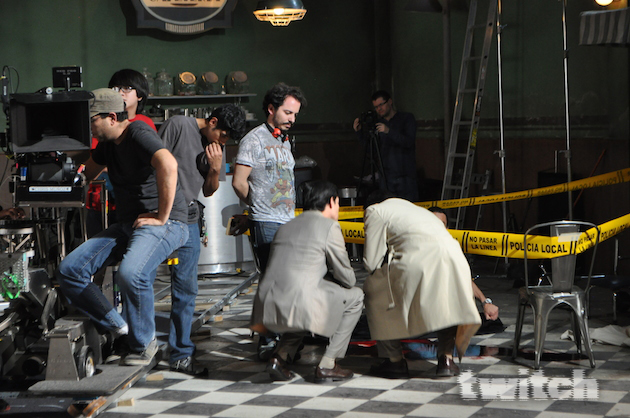 Said scene featured Humberto Busto, Alberto Estrella and Luis Alberti as a couple of detectives, as well as several extras. It’s a two-minute scene, approximately, that took about two hours to make. In the picture above you can see Ezban and the detectives observing a crime scene. 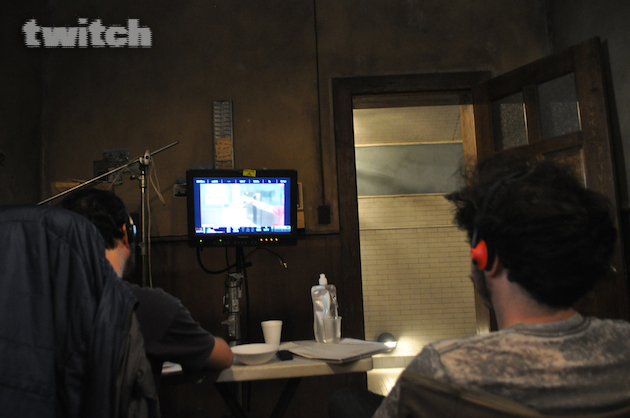 Here’s Ezban watching the scene from the monitor. After they successfully completed it, actress Carmen Beato and child actor Santiago Torres appeared to do another one. 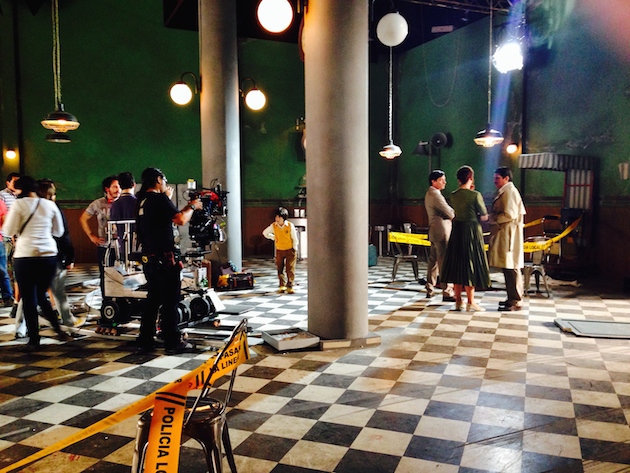 Ezban and his crew preparing the second scene of the afternoon, while Beato talks with Estrella and Alberti, and Torres waits. 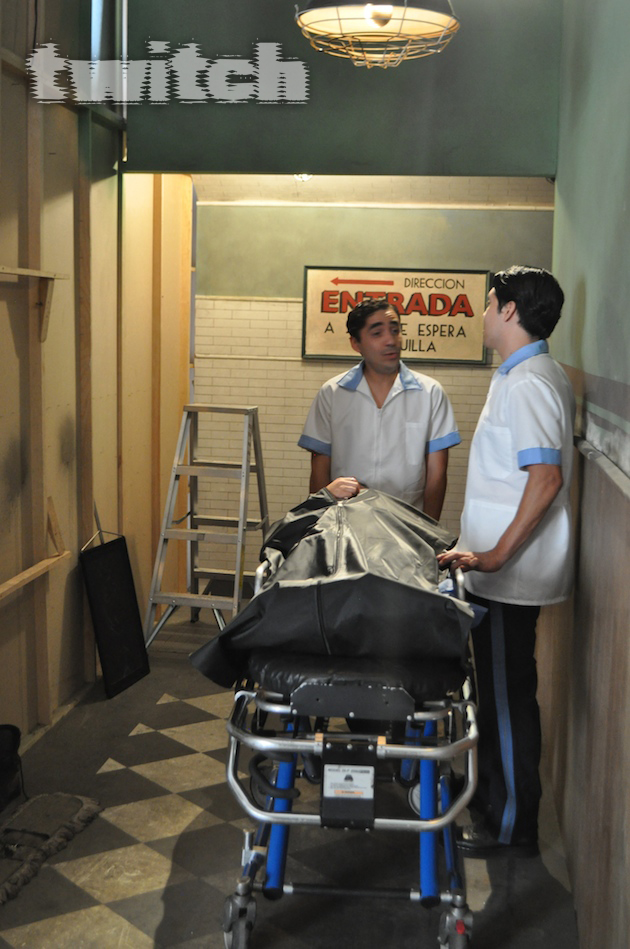 I won't reveal much about these couple of scenes. Let's just say some people will die in The Similars, as you can see in the picture above.

Do you feel this content is inappropriate or infringes upon your rights? Click here to report it, or see our DMCA policy.
Humberto BustoIsaac EzbanLos ParecidosMexican CinemaSciFiThe Similars