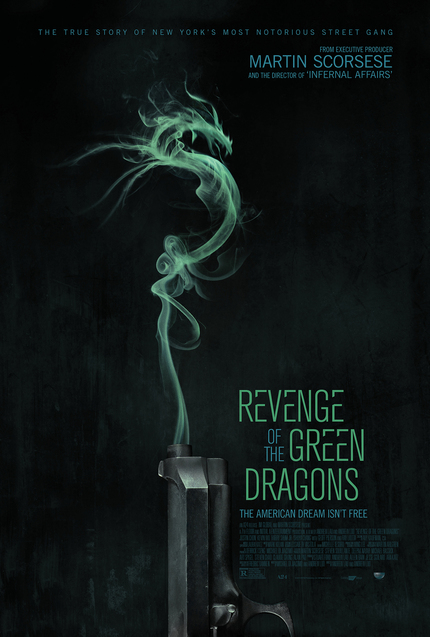 It would appear that the relationship struck between Martin Scorsese and Andrew Lau when Scorsese directed The Departed - an adaptation of Lau's Infernal Affairs - continues to bear fruit. Scorsese is now serving as executive producer on Lau's latest film, this one a violent crime drama set amongst the Chinese immigrant population in 1989 New York City titled Revenge Of The Green Dragons.

In the vein of crime classics like MEAN STREETS and INFERNAL AFFAIRS, REVENGE OF THE GREEN DRAGONS follows two immigrant brothers Sonny (Justin Chon) and Steven (Kevin Wu) who survive the impoverished despair of New York in the 1980s by joining Chinatown gang "The Green Dragons". The brothers quickly rise up the ranks, drawing the unwanted attention of hard-boiled city cops. After an ill- fated love affair pits Sonny against his own brother, he sets out for revenge on the very gang who made him who he is. From acclaimed Director Andrew Lau and Andrew Loo, and legendary Executive Producer Martin Scorsese comes a brilliant mix between a Hong Kong action film and a New York City crime thriller, portraying the never-before-told true story of "The Green Dragons".

The first trailer is freshly arrived and looking slick. Take a look below.

More about Revenge Of The Green Dragons