Ard Vijn
Editor, Europe; Rotterdam, The Netherlands (@ardvark23)
Tweet Post Submit
For Werner Herzog fans with a Blu-ray player, 2014 has turned into a remarkable year, as boxsets of his work are being released on both sides of the Atlantic. In the UK, the BFI released an 18-film boxset, while distributor Shout released a 16-film boxset stateside. Annoyingly, both sets have a big overlap while each has its own exclusive content as well. Herzog completists and other fanatics may have to grind their teeth and order both.

Me, I was eying both sets, cautiously hoping for a price-off between them, as I intended to buy only one. But which one? The films I really wanted most were on both, and while the BFI won the price-content ratio, the Shout collection looked much nicer and better presented.
Then, the US set suddenly dropped more than a third of its price, so I pounced.

And what a beauty it is... but don't take my word on it: check the gallery below! I will not be reviewing the films, as I want to peruse them at my leisure (instead of making a marathon of them), but I will list the extras for each title. 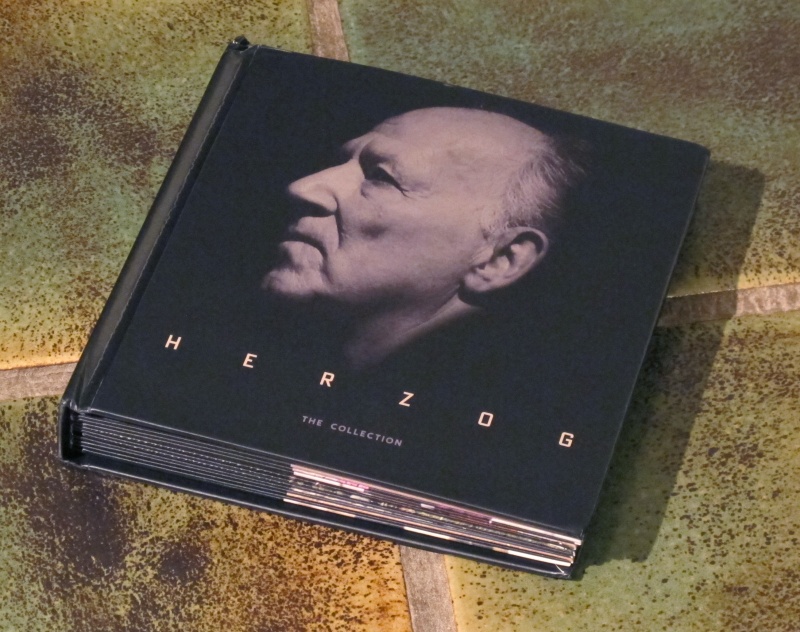 And here it is: basically a big book, with the thick cardboard pages in the back holding the discs. 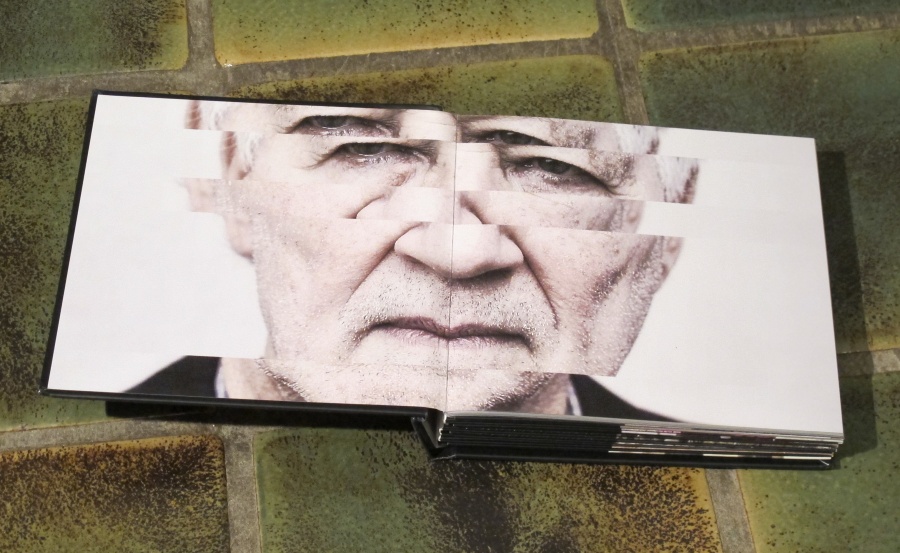 The inside cover: yes, that is Werner Herzog all right! 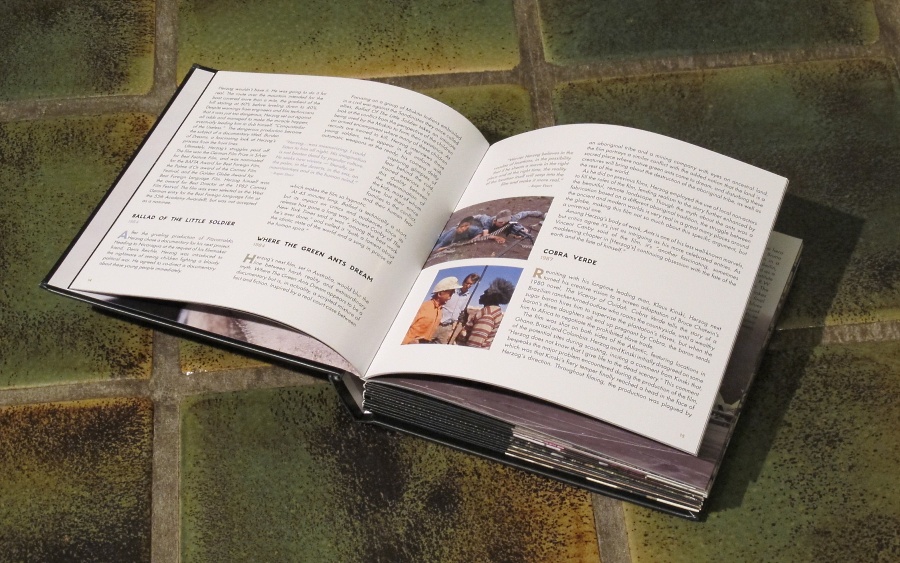 The first 45 pages of the book consist of essays about Werner Herzog, and sections for every film in this set. Lots of text, lots of photographs, and very pretty. 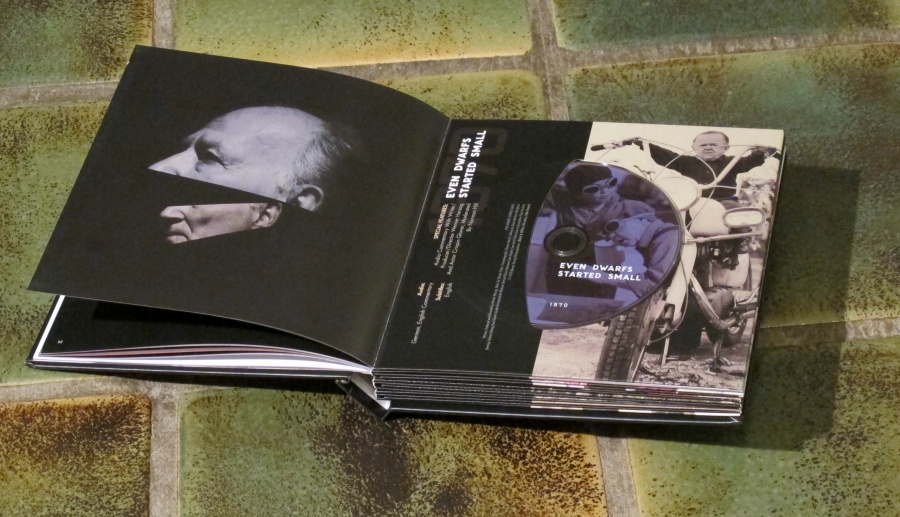 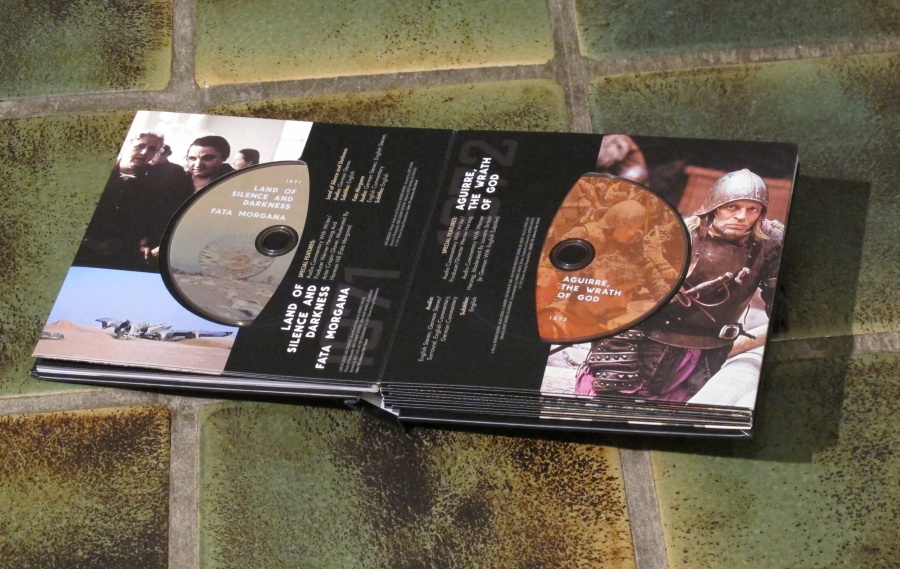 Land of Silence and Darkness
Fata Morgana
Aguirre, The Wrath of God 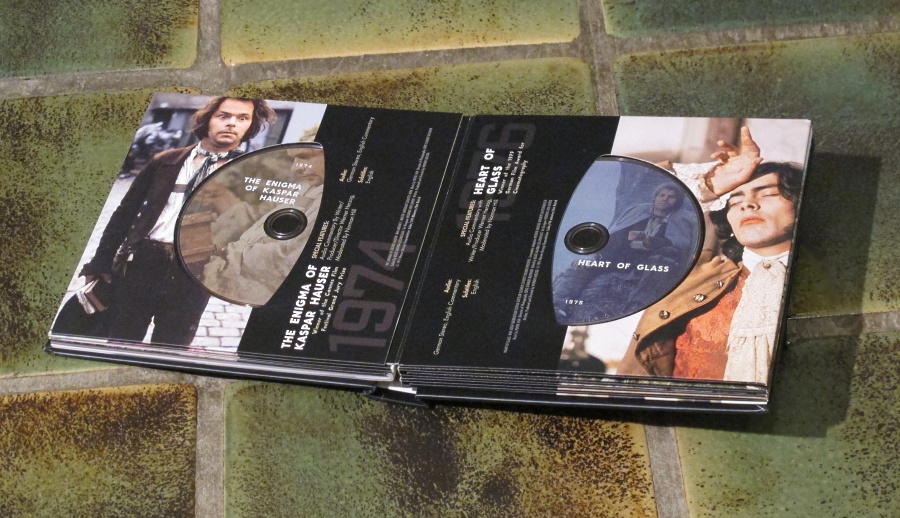 The Enigma of Kaspar Hauser
Heart of Glass 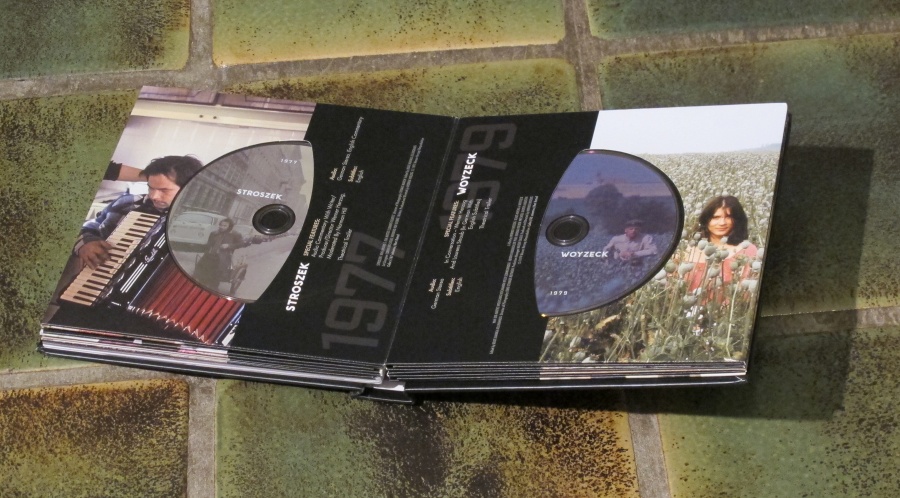 Extras:
Audio commentary on both Stroszek with Herzog, moderated by Norman Hill.
A conversation in German (with English subs) on Woyzeck between Herzog and Laurens Straub.
Theatrical trailers for both. 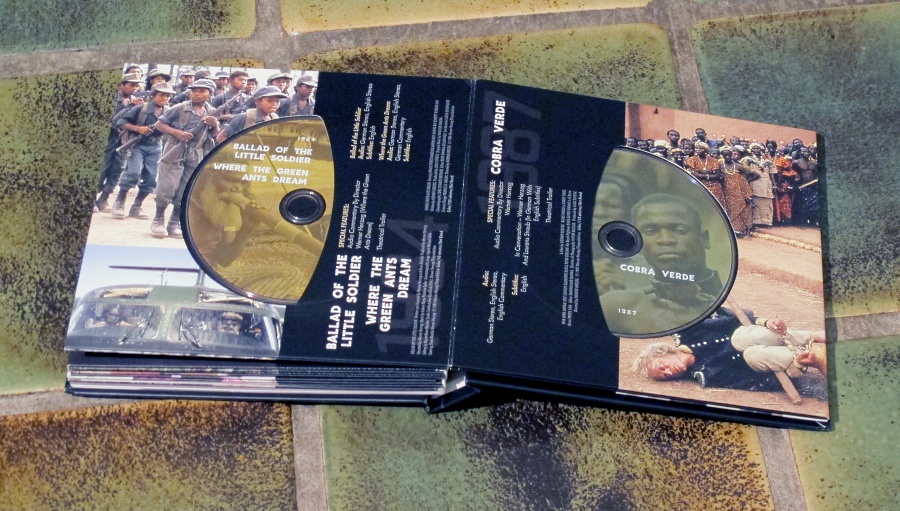 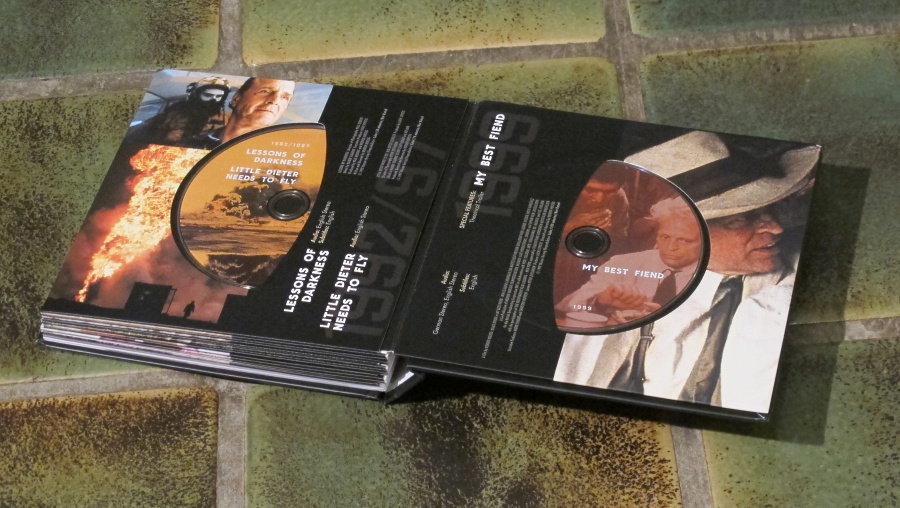 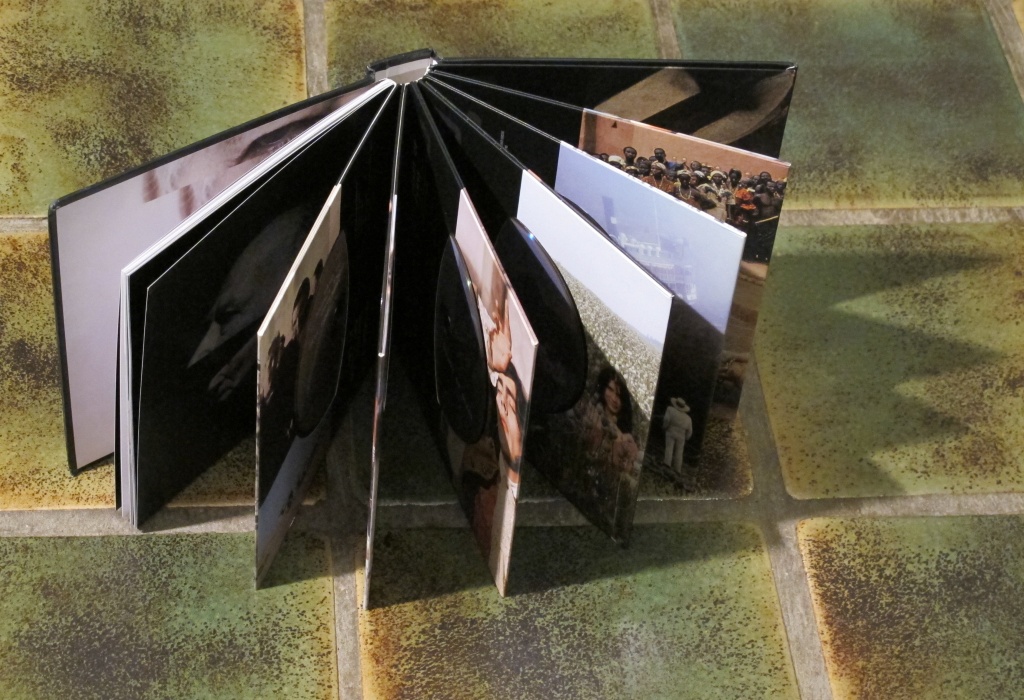 An impressive set, and quite handsome too!
Couldn't resist another beauty shot...