Watch The First Trailer For 80s Comedy ETERNITY: THE MOVIE 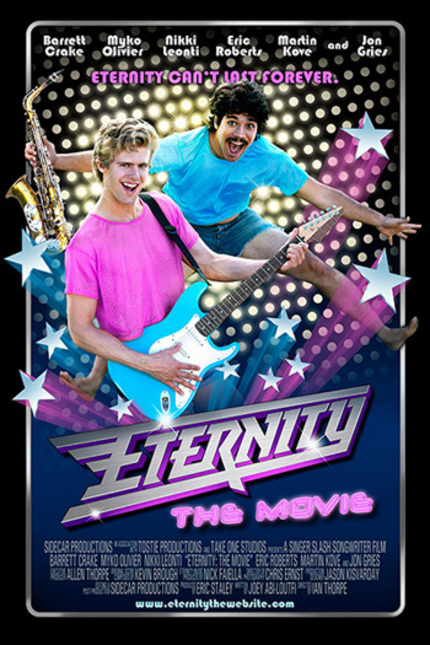 Here is the first trailer for the 80s tinged musical comedy Eternity: The Movie. The stars of the film, Barrett Crake and Myko Olivier, will be at Comic-Con handing out free swag and recruiting more #Eternals.
The film opens in New York on October 17, then on to Los Angeles and Toronto on October 24. Future dates will be announced.
Sign-In to Vote
Tweet 0 Submit

More about Eternity: The Movie

Start working at home with Google! It's by-far the best job I've had. Last Wednesday I got a brand new BMW since getting a check for $6474 this - 4 weeks past. I began this 8-months ago and immediately was bringing home at least $77 per hour. I work through this link, go﻿ to tech tab for work detail

It's funny, I started watching the trailer and thought, "Man, what's with this bargain-bin Conor Sweeney?"