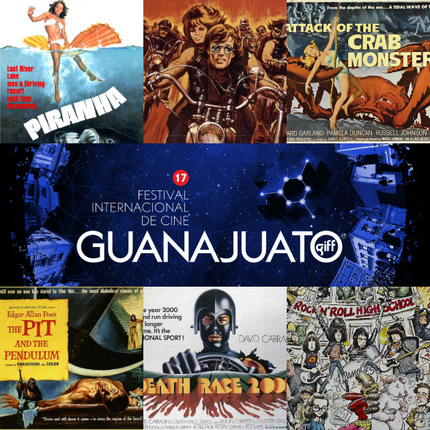 The Guanajuato International Film Festival revealed yesterday all the details for its upcoming seventeenth edition, which is going to be celebrated from Friday, July 25 to Sunday, August 3. This is one of Mexico's top festivals and this year's lineup turned out to be both exciting and surprising, especially thanks to the fact that GIFF is paying homage to B movie king Roger Corman.

Producer of Death Race 2000, Piranha, Forbidden World, and hundreds others; director of such films as Attack of the Crab Monsters, The Little Shop of Horros, and The Pit and the Pendulum; and mentor of several consolidated directors, including Martin Scorsese, Francis Ford Coppola, Ron Howard, and Jonathan Demme; Roger Corman is quite simply a living film legend.

At age 88, Corman is coming to a Mexican festival for the first time. Guanajuato confirmed a masterclass by him (on Saturday, August 2), and a retrospective conformed of both Corman directed and produced movies (plus a doc on his career). This is the complete Roger Corman program at GIFF:

It's a real B movie banquet, indeed, and I just can't wait to see how the genre film festivals in Mexico (Macabro, Feratum and Morbido) respond to this smash. 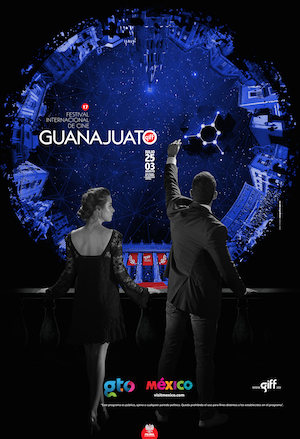 GIFF is also honoring director/photographer Anton Corbijn and Mexican actress/singer Angélica María. Corbijn's latest, A Most Wanted Man (starring the late Philip Seymour Hoffman), will be the opening film in Guanajuato Capital; and on Friday, August 1, Corbijn will offer a masterclass at the Auditorio del Estado. Another public conference involves French filmmaker Michel Gondry, though he won't be in Guanajuato and rather his masterclass is going to be "virtual."

Poland is the spotlight country, with the acclaimed drama Ida as one of the highlights. In 2014, Poland celebrates 25 years of their democratic regime, and also the 15th and 10th anniversary of their entry to NATO and the European Union, respectively. Around forty Polish filmmakers and producers will be in Guanajuato for the celebration, including Ida's Pawel Pawlikowski. Classic films from this country are part of the festival as well, such as Andrzej Wajda's Ashes and Diamonds, Roman Polanki's Knife in the Water, and Krzysztof Kieslowski's Blind Chance.

Do you feel this content is inappropriate or infringes upon your rights? Click here to report it, or see our DMCA policy.
Anton CorbijnGIFF 2014Guanajuato International Film FestivalRoger Corman