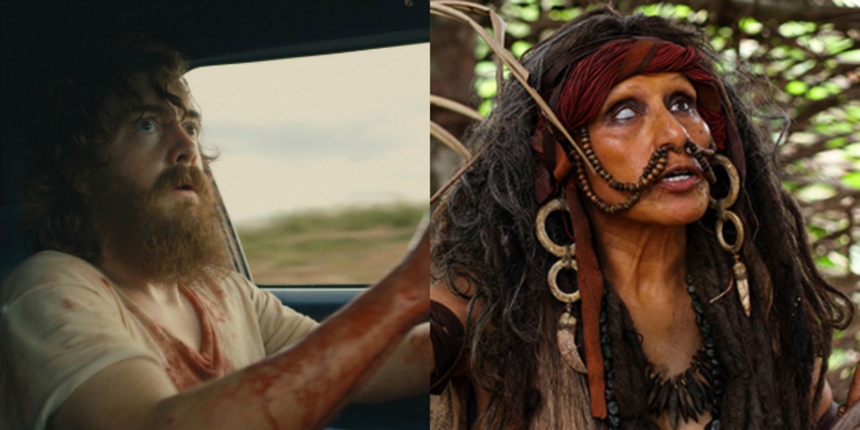 Good news for Mexico based fans of revenge and cannibal films!

After being part of the Riviera Maya Film Festival back in March, Jeremy Saulnier's revenge thriller Blue Ruin is coming to Mexican cinemas, under the title Cenizas del Pasado (Ashes of the Past). Distribution company Amarok Films secured the rights and already posted online the trailer with Spanish subtitles, though a release date is yet to be confirmed.

ScreenAnarchyfounder Todd Brown said that "Blue Ruin is a goddamned work of art and the best American indie in a year (2013) that featured a bunch of really good American indies." Brian Clark also wrote great things about it in his Cannes 2013 review, such as "It's all incredibly smart. It is also violent, hilarious, very suspenseful and best of all, humane and thought-provoking."

I can't wait to watch Blue Ruin, and with the American Blu-ray/DVD coming on July 22, I just hope Amarok Films can do everything required for the theatrical release in time.

On the other hand, distribution company Corazón Films is bringing The Green Inferno to Mexican screens. This is Eli Roth's first directorial effort in seven years (yes, it's been that long since Hostel: Part II), and an ode to the Italian cannibal films from the seventies and eighties (i.e. Cannibal Holocaust).

Based on the reactions of our own James Marsh and Guillem Rosset, The Green Inferno is a very, very fun - and bloody - ride. "There's no depth or nuance here, but gorehounds, and fans of seeing irritating people being disembowelled and eaten, should lap this up", said Marsh.

The Mexican title for The Green Inferno is Caníbales (Cannibals), but again, there's no release date confirmed as of today.

You can watch below the Mexican trailers for both Blue Ruin and The Green Inferno.