Review: BLUE RUIN, Or, Revenge Is A Pain In The Ass 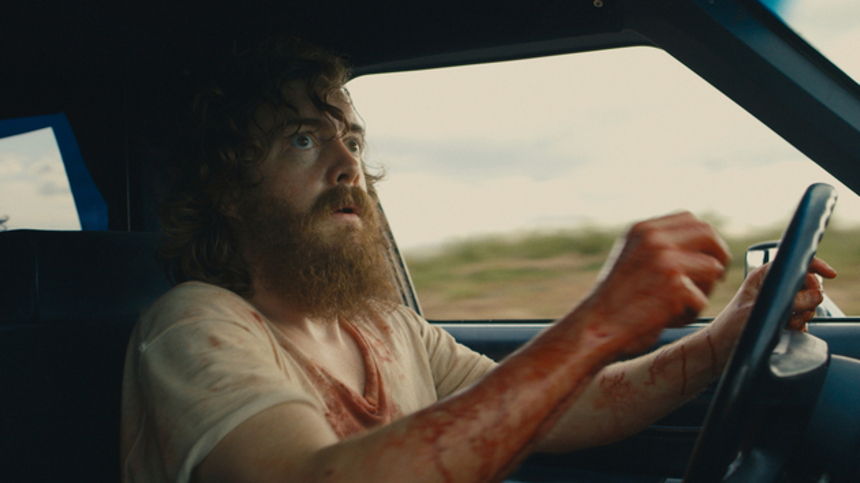 Besides the fact that I doubt we'll see a more deft, thrilling genre film this year, I'm very pleased that Jeremy Saulnier's Blue Ruin addresses a number of issues that revenge films have been overlooking for decades.

For example, after you've been irrevocably wronged and made it your mission to set that right, what if you can't afford a gun? Guns are expensive. If you get a gun, which one do you get and how long do you need to spend learning to shoot it? Okay, screw the gun, let's go with a knife... but if you kill one person with a knife, won't there likely be others who want to kill you back? I'd like to go on about the ways that Charles Bronson lied to us, but Blue Ruin is much more fun to discover for yourself.

The unlikely protagonist here is a doughy-eyed beach bum named Dwight. We're not talking beach bum in the cute lazy-surfer sense of the word; he is actually a bum who lives on the beach, who breaks into houses to sleep at night when the inhabitants are on vacations, sifts through the trash for food, and spends most of his time in a beat-up, rusty car. Life isn't good by any means, but it's simple -- until he finds out that the man who murdered both his parents has been let out of prison on account of a plea bargain. So, as the genre requires, off he goes to right the injustice. 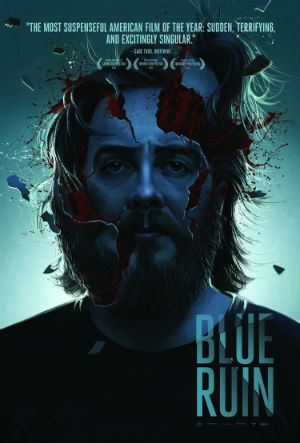 But that's about the only genre requirement that the film meets head-on. It's also as far as I'm going to go into the plot (about ten minutes), as one of the great pleasures of the film is its sly sense of surprise. By about twenty minutes in, it's difficult to figure out where the film is going, what it's trying to say or what to expect next, and, besides one leap of logic, it's all incredibly smart. It is also violent, hilarious, very suspenseful and, best of all, humane and thought-provoking.

Saulnier (making a huge step forward from his clever, but goofy previous horror satire Murder Party) approaches things with a neo-naturalistic style that works amazingly well, not only to sell us on the characters and world of the film, but also to make its sly jokes even more hilarious. The acting (and casting, for that matter) is superb. Particularly, Macon Blair turns what could have easily been a self-conscious, hapless protagonist into a guy that we genuinely empathize with, even if we don't root for him 100% of the time. This, combined with Saulnier's close attention to detail, both internal and external, keeps the film feeling completely unified and compelling, never breaking its gaze with a jarring tonal shift.

At times, some of the imagery feels like it clashes a bit with its thematic intent, particularly late in the film when a case full of guns more-or-less elicited some cheers. But whatever -- the themes of gun ownership, violence and especially revenge are all messy ones with plenty of room for contradiction. And that aside, it's rare that a genre film takes the chances of this one and succeeds so resoundingly. Highly Recommended.

Review originally published in slightly different form during the Cannes Film Festival in May 2013. The film opens in select theaters in the U.S. on Friday, April 25, and will also be available to watch via various Video On Demand platforms. Visit the official site for more information.