CANTINFLAS Trailer: The World's Greatest Clown Gets A Biopic 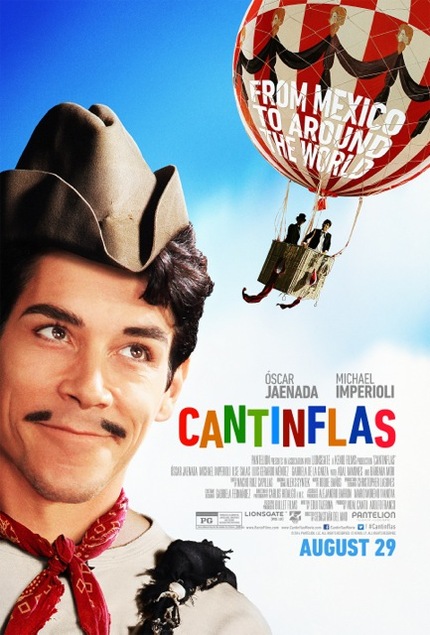 As the first American born child of a half Mexican family, Cantinflas was a presence that was both ubiquitous and mysterious to me as a child. While my own household with my parents was very culturally acclimated to life in the US, when I'd go to visit my grandparents on the weekends, it was a whole other story.

My grandparents, who I love more than the air I breathe, had settled into a fairly predictable, but comforting, rhythm by the time I was old enough to pay attention to such things. Grandma was doing one of four things: cooking, crocheting, praying, or watching telenovelas (the last two occasionally took place concurrently), and grandpa was either gardening, eating, or watching TV. Grandpa's TV habits were a bit more varied, he wasn't a fan of the bleating ladies of the telenovelas, he loved to laugh, and those laughs were usually brought on by one of two things: American cartoons, or the endless reruns of Cantinflas movies on Univision.

I remember seeing Cantinflas as that clown on TV, but not understanding a word he said. I also remember seeing the Cantinflas cartoon show on TV with similar issues. It was that second influence, the caricature of Cantinflas that sparked a lifelong fascination with the man and his work. 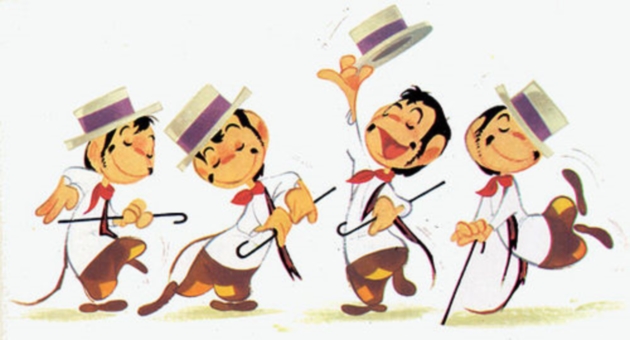 This is the man who came from nearly nothing and exploited that simplicity with his trademark patchwork pantalones and rope belts. He became the Latino version of Charlie Chaplin's Tramp, but even Chaplin himself called Cantinflas "the world's greatest clown". In addition to his impeccable skills with physical comedy and Vaudevillian flair, he was an incomparable wordsmith, a skill that I'm still dizzy trying to follow. His ability to talk circles around everyone in his vicinity without even the slightest hint of pause has even been immortalized in the Spanish lexicon as the verb, "cantinflear", which means "to speak in a silly and nonsensical manner, without meaning". For a kid with mediocre Spanish skills, this has been a wondrous journey through a part of my ancestral tongue that I never even knew existed.

A life like that of Mario Moreno, the man who would become Cantinflas, is one that deserves to me a movie, and it soon will be. On August 29, director Santiago del Amo's Cantinflas will hit American cinema screens. Del Amo's previous directorial effort was anther showbiz biopic, El fantastico mundo de Juan Orol, a film about the seedier side of Mexican B movies (was there another side?) that met with conflicting reviews in the English speaking world but won several awards at home in Mexico. Cantinflas will be played by Oscar Jaenada, a Spanish actor with a long CV in Spanish language cinema, but has been relegated largely to roles as "The Waiter" (The Limits of Control) or "The Spaniard" (Pirates of the Caribbean: On Stranger Tides) in English films. He has the look down, and I like the way he moves in the trailer, so I'll give him a shot.

The first trailer looks a bit puffy, but I'm hoping they get a bit more into the meat of Moreno's life than we see here. Cantinflas was a major superstar over most of the world before he caught his big break in Hollywood when he completely stole the show from David Niven in Around the World in 80 Days. However, his success there led to a huge opportunity wasted when it was followed up by the Forrest Gump-ish flop, Pepe. I'm very excited to see what they come up with.