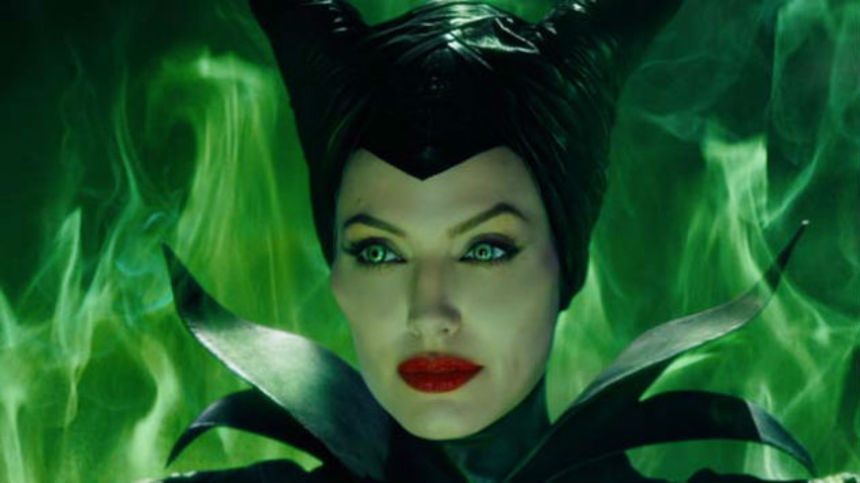 Rebooting the studio's 1959 animated film Sleeping Beauty into a live-action version suitable for the 21st century, Maleficent casts a strong feminist spell. "I don't think she's very happy," says one of the fairies in Walt Disney's original production of the classic fairy tale, referring to a character whose name means "harmfully malicious." And so the new film, based on a screenplay by Linda Woolverton (Beauty and the Beast, The Lion King, Alice in Wonderland), seeks to explain exactly why she wasn't very happy.

Irregardless of her given name, young Maleficent (Isobelle Molloy) is a joyful fairy, frequently flying through a magical land filled with magical creatures. It's a world that's somewhat reminiscent of Avatar, which is not surprising, because Robert Stromberg, here making his directorial debut, has an extensive background in visual effects and served as production designer for James Cameron's science-fiction epic. Against this rich backdrop, the origin story plays out: young Maleficent develops feelings for young Stefan (Michael Higgins), a human from a neighboring kingdom.

As they age into their teen years, puppy love blossoms into romance, but Stefan's obsessive ambition to rule the human kingdom takes him away from Maleficent, who nonetheless yearns for his return to her arms. They are reunited as adults, though Stefan (now played by Sharlto Copley, without much depth of complexity) has changed in ways that cause a permanent rupture in their relationship, eventually prompting Maleficent (now played by Angelina Jolie) to place a curse upon Stefan's firstborn child, Aurora (played as a teenager by Elle Fanning).

That's pretty much where Sleeping Beauty begins, though the narrative reinventions don't stop there. The unavoidably schematic nature of reboots, however, matters less in Maleficent because the writing balances necessary plot elements with moments of emotional reflection, energized by a very strong performance by Angelina Jolie. 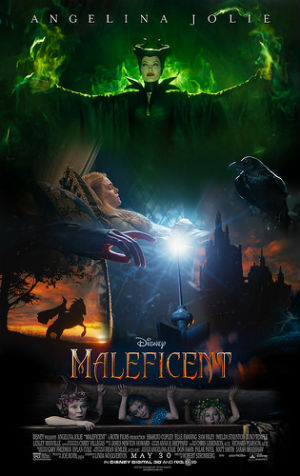 She finds the humanity, if you will, beneath the wings of a young fairy; she evinces the fury of a woman betrayed by someone she trusted; she beams with pride at the unexpected growth of a young charge; she delights in the antics of fantastical creatures; she displays the unquestioned leadership of a general during warfare. She is, in short, a fully-realized character who commands attention and demands respect. Jolie as Maleficent is a magnetic presence on screen.

Fanning infuses Aurora with a bubbly, giddy joy, which, naturally, reminds Maleficent of herself as a youngster. Maleficent's piercing glare is offset by the antics of the three fairy godmothers, played by Imelda Staunton, Leslie Manville, and Juno Temple with a broad understanding of comic relief. Sam Riley, as Maleficent's raven turned human (and back again) sidekick, lends a dark grace to his supporting role.

Spinning the story on its axis provides a welcome twist, and nicely sidesteps most of the hoary notions of the 1959 version. Yet Maleficent doesn't measure up to Jolie's performance. As generally lively and engaging as it is, it's still a fairy tale, after all, a fantasy about what life could be if only, and the form is inherently limited, at least within the confines of a big-budget studio production. Too often, the story tiptoes into more challenging revisionist territory, only to pull back for fear of offending a particular demographic. That undercuts its message of empowerment, and leads to sometimes stilted pacing and awkward resolutions of important issues.

Within those limitations, Maleficent makes some bold, even daring choices. That's not a bad thing for a modern fairy tale.

The film opens wide in theaters across North America on Friday, May 30.

Do you feel this content is inappropriate or infringes upon your rights? Click here to report it, or see our DMCA policy.
Angelina JolieDisneyElle FanningRobert StrombergSharlto CopleySleeping Beauty