BREAKING: Elle Fanning In Talks To Star Opposite Angelina Jolie In MALEFICENT 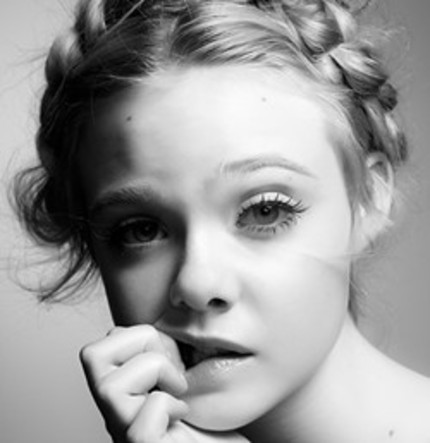 Expectations are high for the Robert Stromberg directed inversion of the Sleeping Beauty tale Maleficent. And why not? The long Broadway run of Wicked - to say nothing of massive book sales - proved that there's a huge audience for these sorts of post-modern fairy tale deconstructions when handled well and with Angelina Jolie on board as the evil Maleficent the film will certainly not lack for star power.

The big remaining question has been who will playing the other half of this equation? Sleeping Beauty herself?

Sources tell ScreenAnarchy that Elle Fanning is now in talks for the role of Princess Aurora, the young beauty sent into a lengthy slumber in the classic tale. Fanning is not a particularly surprising choice - there being a shortage of young stars with name power to even come close to Jolie's - but that makes her no less a good one. The younger Fanning sister has proven to be talented and versatile to this point in her career, and being sought after by directors such as David Fincher, Francis Ford Coppola, and Cameron Crowe should tell you a thing or two about how people feel about her within the industry.
Sign-In to Vote
Tweet Post Submit