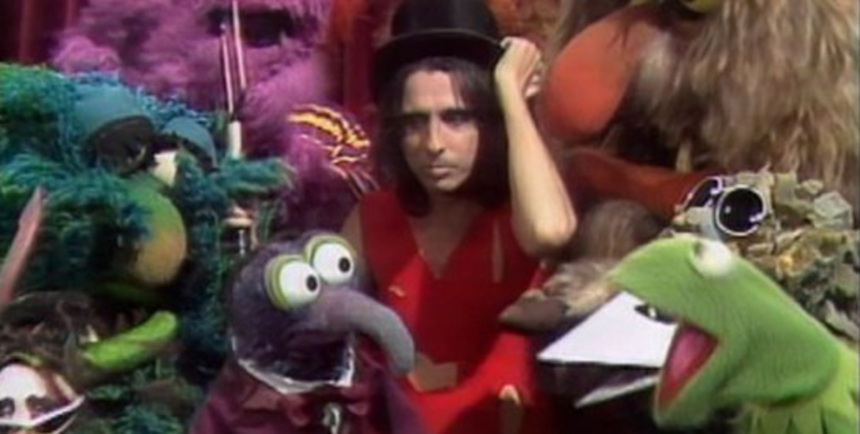 The filmmakers behind Super Duper Alice Cooper dub their work the first "doc opera", and it comes pretty close to living up to that hype. Tracing the remarkable career of the band Alice Cooper (a moniker derived from a drunken Ouija board session), we get a nice overview by directors Reginald Harkema, Scot McFadyen and Sam Dunn of the hedonistic rock of the 70s right through to the present day.

"Alice Cooper" became not just the band's appelation but the legal name of its flamboyant yet macabre lead singer. From "I'm Eighteen" to "School's Out", Cooper's songs continue to be a staple of Classic Rock radio. The story behind this rise, as well as the many slips along the way (be they professional or personal) are spelled out in economical fashion. Plus, there's loads of local flavor to the film - Alice Cooper recorded several of their albums in Toronto (under the guidance of producer Bob Ezrin, himself deserving of a feature length doc), as well as an infamous situation involving a Beatle, a concert for peace, and the dismemberment of a live chicken

I had the pleasure of speaking to the man born Vincent Furnier as he attended the premiere of his film - he was as charming and affable as you'd expect, patient with the many reporters gathered to ask him what sounded like repetitive questions. Naturally, I took the time to get a bit deeper and nerded out about some of the music and musicians that shaped him.

Your first record was produced by a hero of mine, Frank Zappa. What was he really like?

Frank was great. He was such an untouchable character because he wasn't like anybody else. The Mick Jaggers of the world and the Paul McCartneys of the world and all of the guys who were the biggest stars looked at Frank as the Maestro.

Was he as much of a workaholic as we hear?

All I ever saw was cigarettes and coffee and he was in the studio 22 hours a day.  There are probably 50 more albums out there that have not been released yet.  But that's all he did, all he did was work.

It's nice to see the GTO's get their time in this film as well. Besides being notorious groupies and Zappa's babysitters, they also happened to help you guys find a career.

I just saw Miss Pamela and Miss Mercy, just a couple of days ago. They look great.

Still hanging out with groupies, huh?

[Laughs.] They're doing great, they were in L.A. and they looked terrific! 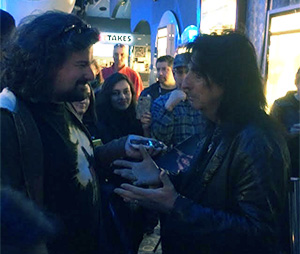 In terms of your own musical trajectory, you started with slightly more progressive rock into, shall we say, a kind of glam/goth metal, and finally into a more spiritual musical side.  What is the type of music that still energizes you?

I'm the last guy that's ever going to say turn it down. I want to turn it up, I want it loud!

So, Beatles, Stones... You're (wisely) going with The Who?

The Beatles did Chuck Berry.

Even Pete doesn't think he's a drummer per se, more a force of nature. He was a total lunatic, musically and professionally.

Do you watch something like THIS IS SPINAL TAP and have this feeling in the pit of your stomach that it's playing like a documentary?

Every band that has moving parts on the stage has experienced [what occurs to] Spinal Tap. When I saw the guy not being able to get on the pod, I thought, I have been there!  I have had that stage prop that worked perfectly in rehearsal, but get an audience and you can't get on to it.

My introduction to you was of course in watching THE MUPPET SHOW. Could you talk about working with Jim Henson and what that was like for you? You had crafted this image of being the untouchable, scary guy, and here you were singing to guys wearing felt creatures on their hands.

To this day probably the best thing I ever did was The Muppet Show, only because I so didn't want to do it.

Even though I loved the show, I thought it was going to soften me up so much and then they said, well, Vincent Price did it, Christopher Lee did it. Peter Sellers did it, and I went I'm in.  Just get me in there.

I had more fun working with The Muppets, with Jim Henson and Frank Oz, than anything else.

On my birthday I still get a little porcelain Muppet, they send me one every year.