James Marsh
Editor, Asia; Hong Kong, China (@Marshy00)
Tweet Post Submit
The year that was 2013 has run its course, so the time has come for Team ScreenAnarchy to pool its ever-growing troupe of contributors from the four corners of the planet, gather its collective thoughts and pay special tribute to those films that have made a particularly strong impact over the past twelve months.
Behind every great film there is its director, the captain of the ship, guiding the project from page to screen. This years selection of championed auteurs runs the gamut from revered masters still performing at the top of their game decades into their career, to young up-and-coming filmmakers whose impact on the medium has been powerful and immediate, and whose influence may yet be felt for years to come. Here's our list: 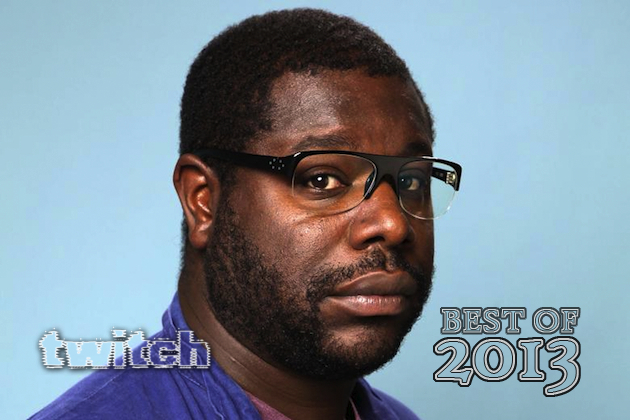 Ben Croll - Contributing writer
I don't want to have another tie, so I'll say that both McQueen and Cuaron succeed in creating utterly immersive worlds, resulting in works that we don't just watch, but actually live. Only, McQueen is saddled with a fraction of the budget, a script of (though beautifully written) arch and unfamiliar dialogue and a subject matter that inspires revulsion rather than wonder.

Jason Gorber - Featured Critic
He's brusque, but incredibly on form in this film, a beautiful mix of art and tragedy. I cheekily exclaimed after first screening that I'd like to sit Spike Lee and Terence Mallick down to watch what McQueen does so they can learn what they've been doing wrong for the last decade and a half. 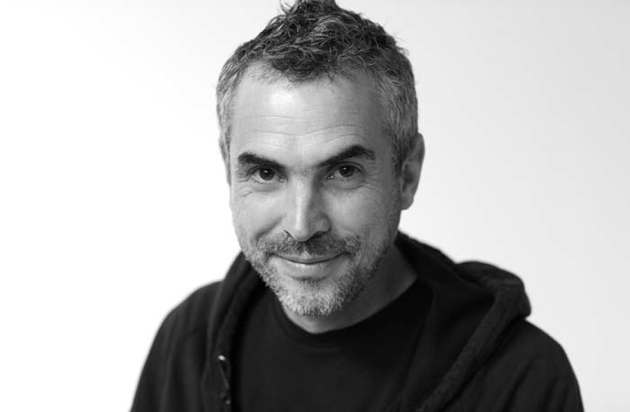 Ard Vijn - Contributing writer
A simple story executed in a very daring way. From its massive first shot, to its scenes of destruction, to the descent at the end, this was the best way to show off what ELSE an IMAX 3D cinema can be used for: intimacy, claustrophobia and stress. And all of this juxtaposed against the immense silence and emptiness of space. Cuarón totally nailed this film.

Ernesto Zelaya Minano - Contributing writer
Cuaron made me feel like I was actually in space, and that's quite an achievement. Hard to believe it's all digital. 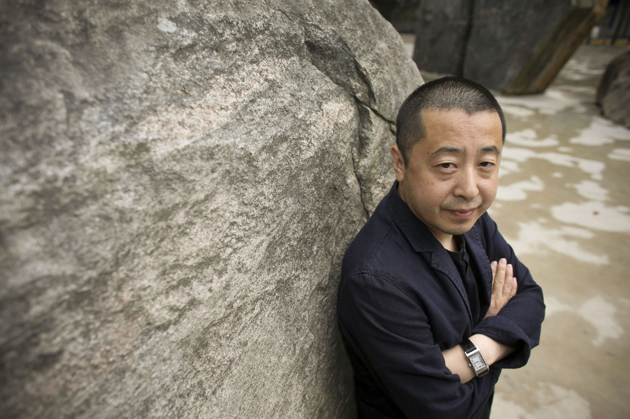 Jia Zhangke - A Touch Of Sin

James Marsh - Asian Editor
At the helm of the year's best Chinese film is a director arguably more comfortable shooting documentaries than fictional narratives. Jia casts his critical eye over his homeland and depicts it as a hellish purgatory rife with corruption, crime, greed and violence. He has turned China's social instability into a noirish crime drama the likes of which almost never emerge from the mainland. And he does so with a chillingly steady hand.

Patryk Czekaj - Contributing writer
I'm pretty much convinced that Jia Zhangke created one of the most meaningful films of the year. In every sequence I could literally feel how much heart and passion he put into the story. 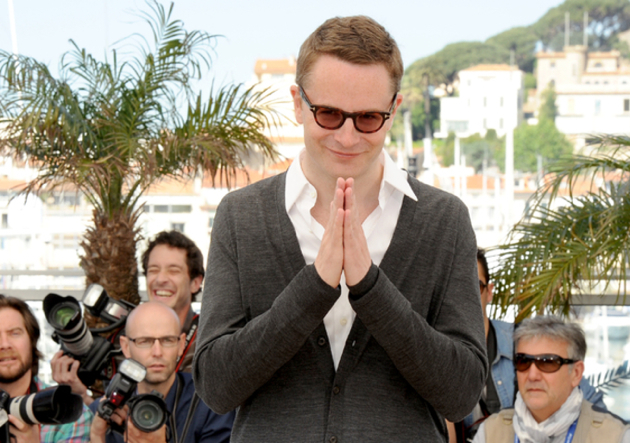 Shelagh M. Rowan Legg - Contributing writer
An action film in slow motion. An Oedipal tale devoid of sex. A love story filled with hatred. I don't know any other director that could have combined all these things as well. 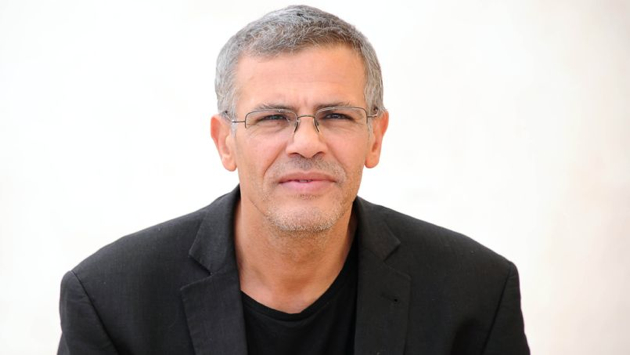 Kwenton Bellette - Contributng writer
Perhaps I should say Worst Director? Kechiche purportedly drained the two lead actresses with intense re-shoots and an obsessive demanding attitude. So what? The film is a masterpiece, much like Fincher's treatment of his actors in Zodiac, the end results are a simply incredible film. I am OK with that! 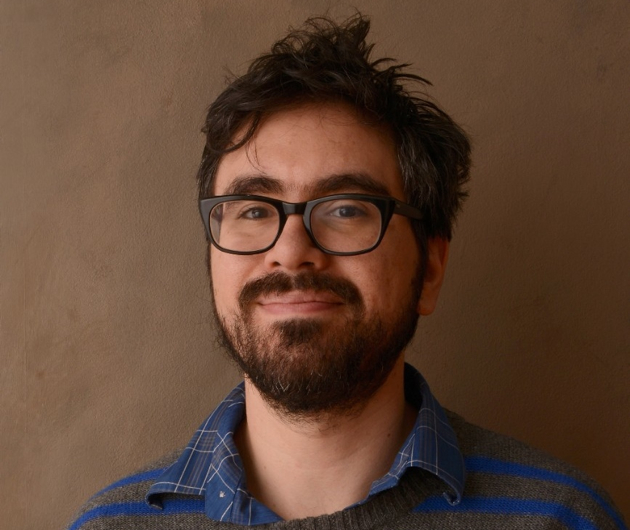 Jaime Grijalba - Contributing writer
It's pretty obvious that I think Wong Kar Wai is the better director of the year, but since I like to divide up the votes, I prefer to give it to the director of my second favorite film of the year. Bujalski directs this with his eyes, arms and feet in many places at the same time, one on conventional television programs, journalism, mumblecore, horror low budget and experimental cinema, all these things and styles combined into one, making what is probably the best visual experience that there's been in a long time from American cinema. Gravity, sod off, Computer Chess is the visual experience of the year... after The Grandmaster, of course. 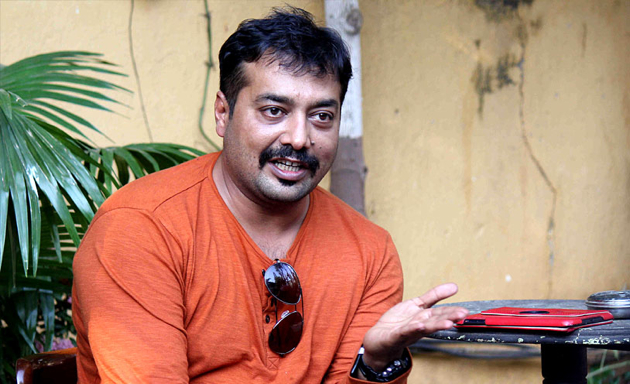 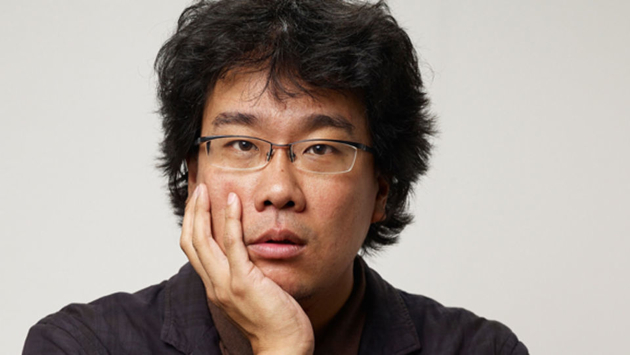 Pierce Conran - Contributing writer
What can I say? The man's my favorite working director and he's knocked it out of the park again. Bong's control of all the film's elements, particularly one as ambitious as this one, is masterful. The assembly of some of the scenes, such as the beginning of the revolt, is electric. It's sad that we have to wait a few more years for his next one... 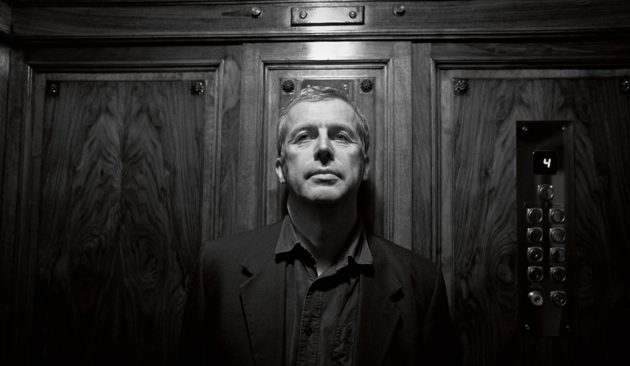 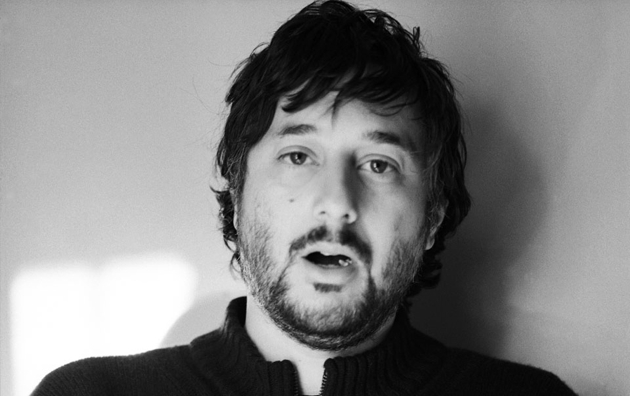 Joshua Chaplinsky - Contributing writer
Stylistically, Spring Breakers has a lot in common with Upstream Color, which might explain why both are so high on my year-end list. This film is a huge leap ahead, technically, for Harmony Korine, who utilized Malick-like montages, repetition, and temporal overlapping to turn a straightforward After School Special into a neon tone poem of excess. Punch me in the face for using this word, but bravura filmmaking from the maturing enfant terrible. 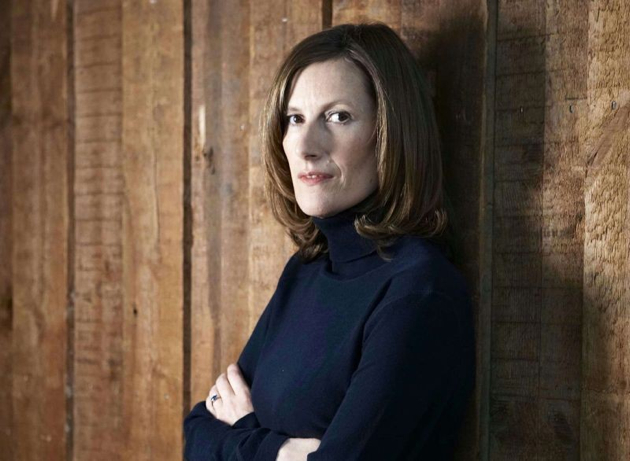 Ben Umstead - East Coast Editor
Cutting her teeth on British TV in the 90s and two family dramas featuring a pre-Loki Tom Hiddleston, Hogg's third feature is her most extreme and radical abstraction of realism, British isolation and classism yet. In the upscale house that most of Exhibition takes place in, and with the artist couple it exclusivly focuses on, Hogg creates a visual symmetry inspired just as much by architecture as from cinema, which acts as a clear path to... well, ambiguity and uncertainty. Call it Antonioni via chamber drama, Exhibition solidifies Hogg as one of the most fascinating directors working today. 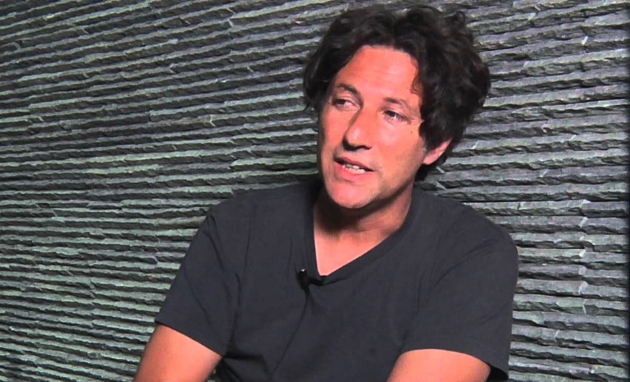 Jonathan Glazer - Under The Skin

Kurt Halfyard - Contributing writer
Along with P.T. Anderson, who doesn't have a film out this year, Glazer is one of the best directors working in the medium today. 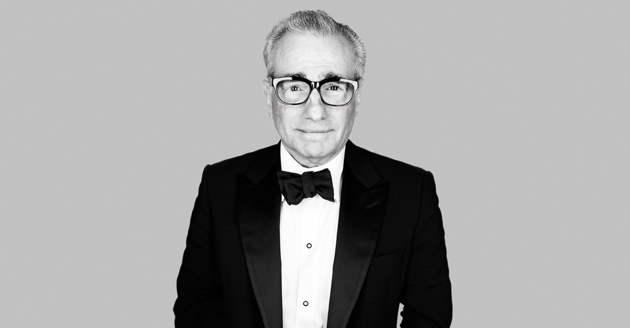 Peter Martin - Managing Editor
Audacious work by an old master matches the debauchery and wicked excess of a deluded criminal. 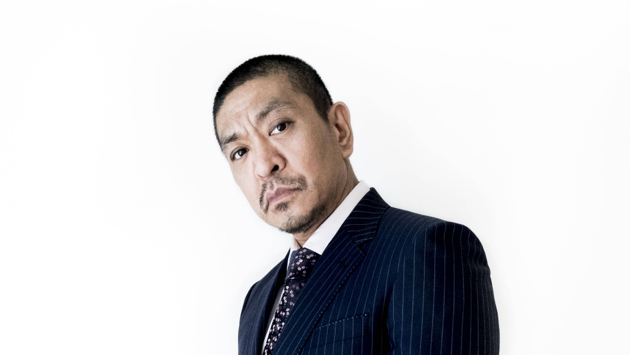 Todd Brown - Founder & Editor
There's nobody else in the world quite like him. And he made me eat my shirt. 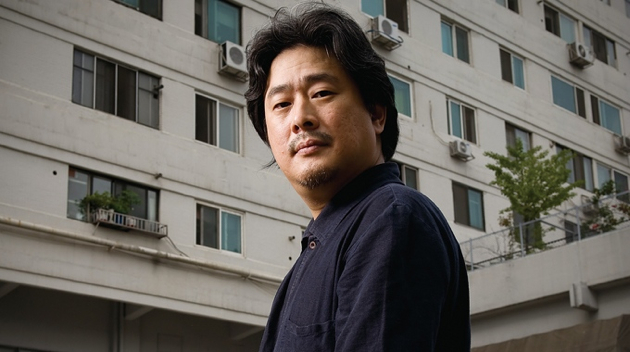 Eric Ortiz Garcia - Contributing writer
One of the best looking films of the year, with impressive cinematic language. 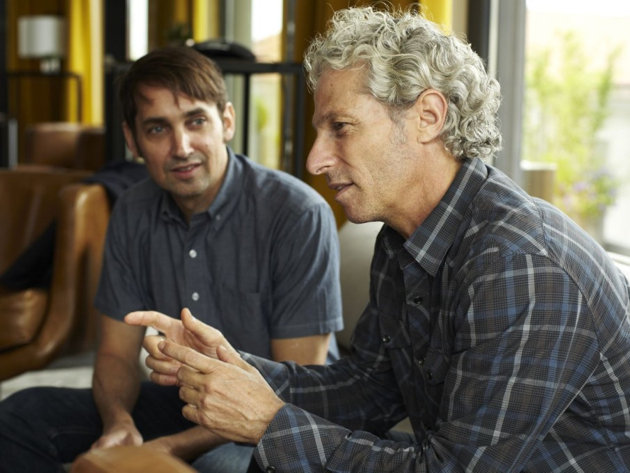 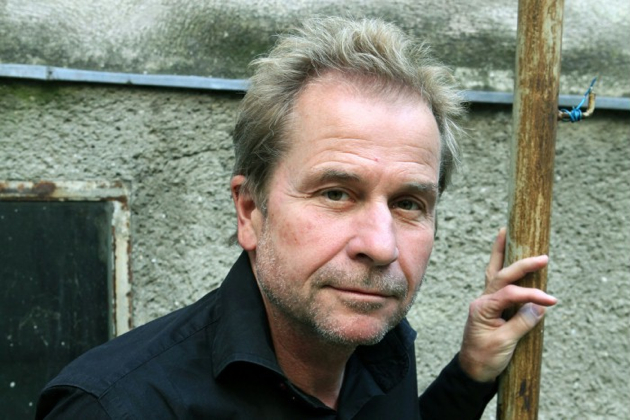 Dustin Chang - Contributing writer
Even after watching most of his films and interviewing this soft spoken, mild mannered Austrian, I have no clue how on earth Seidl manages to make Marlon Brandos out of mostly non-actors in his films. He mercilessly(?) drags them down through shame, indignity and often physical danger. The trilogy makes von Trier's films look like skool plays in comparison. 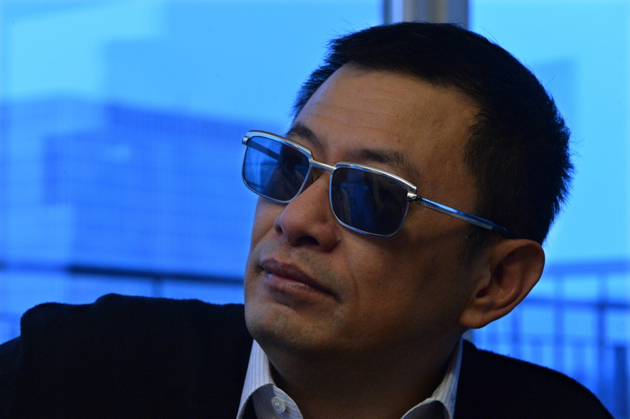 Niels Matthijs - Contributing writer
The story might be a little cut up (understatement), but I was in constant awe when watching Wong's The Grandmaster.