Sundance 2014 First Impression: THE RAID 2 Is More Epic Than We Ever Imagined 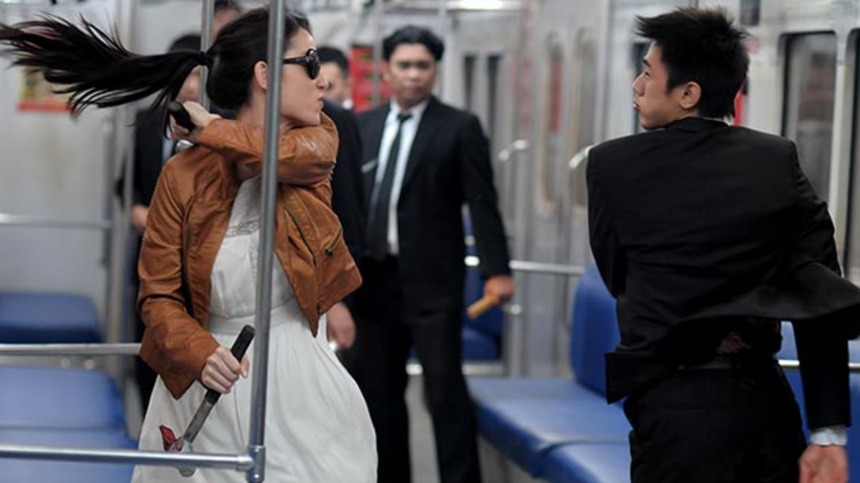 What is perhaps the most anticipated film of 2014, at least for most of us at ScreenAnarchy, made its world premiere this evening at the Sundance Film Festival and suffice to say, the sequel does not disappoint. Clocking in at two-and-one-half hours, The Raid 2 greatly expands on the world created by Gareth Evans in the first film The Raid: Redemption. With the expansion of the world comes so much more action, so much more imagination, and so so SO much more violence. This is not a movie for the faint of heart. In fact, the film actually had to be paused at one point and the lights brought up so one man who had lost consciousness could be removed (he eventually walked out under his own power).

We'll have a full review for you very soon but as the credits roll, we want to let you know that boy are you in for a treat.

Aside from the rampant violence, the most notable part of the film is the depth of story line at work. There is a very complex plot that involves three crime syndicates, the government, and multiple levels of double-crossing and subterfuge. I'd be lying if I said I have it totally figured out after one viewing, but it never feels confusing to a level of distraction.

But of course the real star is the martial arts and my god is there a lot on display. Anyone who was a fan of the head smashes and knee kicks in the first film will be oh so pleased. Get ready... this film is about to blow your mind. Now I really want to go watch it again.

Do you feel this content is inappropriate or infringes upon your rights? Click here to report it, or see our DMCA policy.
First ImpressionsGareth EvansSundanceThe Raid 2