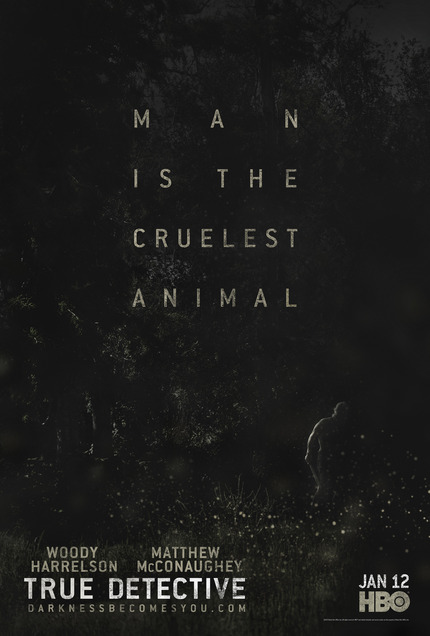 HBO's Woody Harrelson and Matthw McConaughey starring drama True Detective premieres this coming Sunday riding a wave of hugely positive advance buzz and it's not hard at all to see why people are excited judging by the latest in a series of sterling teasers for the show.

Matthew McConaughey and Woody Harrelson star as Louisiana detectives Rust Cohle and Martin Hart, whose lives collide and entwine during a 17-year hunt for a killer, ranging from the original investigation of a bizarre murder in 1995 to the reopening of the case in 2012. Michelle Monaghan also stars as Hart's wife, Maggie, who struggles to keep her family together as the men in her life become locked in a cycle of violence and obsession.

The latest trailer is below. Keep an eye our for ongoing coverage of the show on ScreenAnarchy as it airs.