Ard Vijn
Editor, Europe; Rotterdam, The Netherlands (@ardvark23)
Tweet Post Submit
(Mirror, mirror on the wall, THIS is the prettiest of them all!)

When Criterion announced they were going to release all 25 Zatoichi films in one big boxset, we rejoiced in no small way. Criterion is of course one of the most respected distributors in the business, a brand almost synonymous with high-end quality.

Most of the time their releases focus on a single film, but the exceptions to that rule have always been spectacular. However, I do not think anyone expected them to ever release such a large series in its entirety in one go. All 25 original Katsu Shintarō Zatoichi films released between 1962 and 1973 are here, on both DVD and Blu-ray. With extras, this means a grand total of 27 discs. Wowzers!

Criterion's discs also have a bit of a reputation for having mighty fine cover illustrations. Sometimes they use a particularly nice original poster, but often it's an artist's impression of what makes a certain film iconic. With that in mind, what would Criterion do with the packaging of Zatoichi?

To rephrase that question: what does a Criterion 27-disc boxset look like? The answer is: stunning. And this gallery will give you a closer look at the marvelous packaging job Criterion did. Click on the images to enlarge them, or on the left-right borders to switch to another picture. 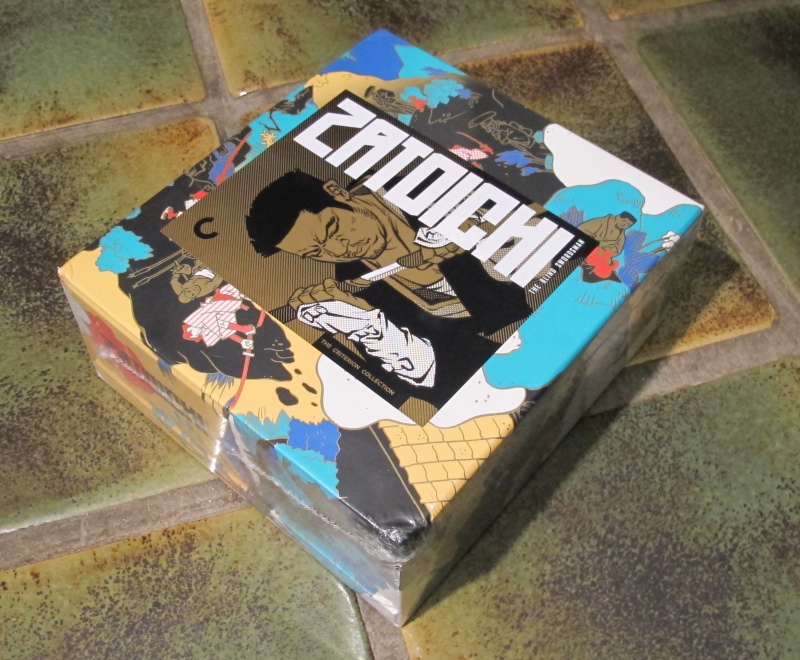 I normally don't do pictures of the shrink-wrapped package, but Criterion made even THAT special in this case. The big golden stickers covering the front and back are quite pretty, and it's actually a bit of a pity to have to throw them away... 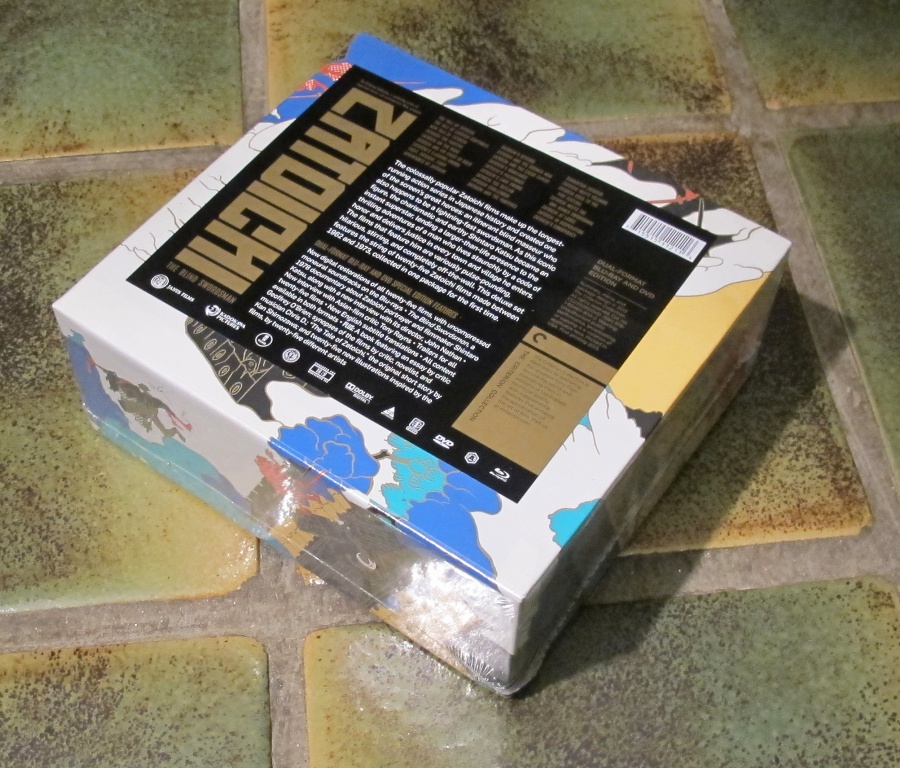 Here is the back while shrink-wrapped. I actually kept those stickers, and keep them with the booklet. Yes, I am a bit compulsive probably. 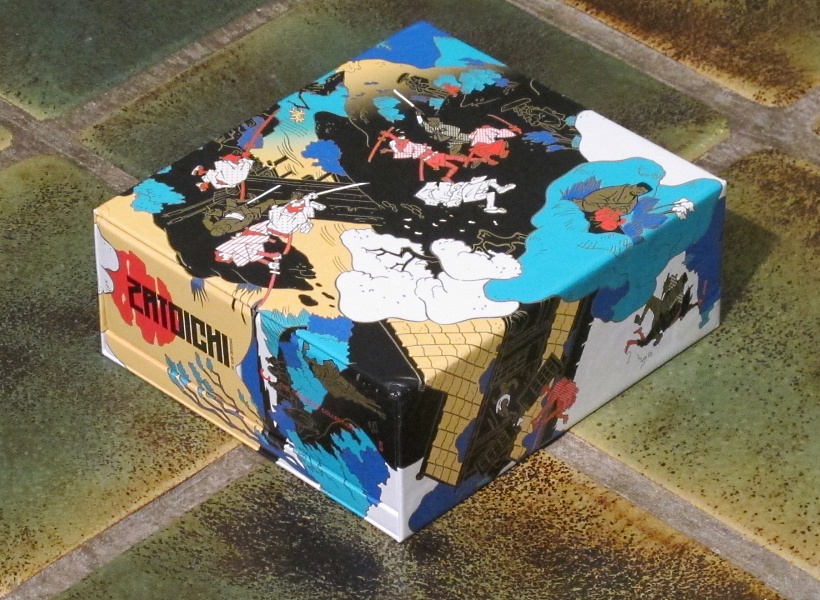 But here is the package in its full sticker-less glory. Note that the illustrations match and run all the way round all sides and covers. The only text on the outside is on the back of the disc-holder.

I love this look. It's without a doubt one of the best decorated boxsets ever released, even before opening it. 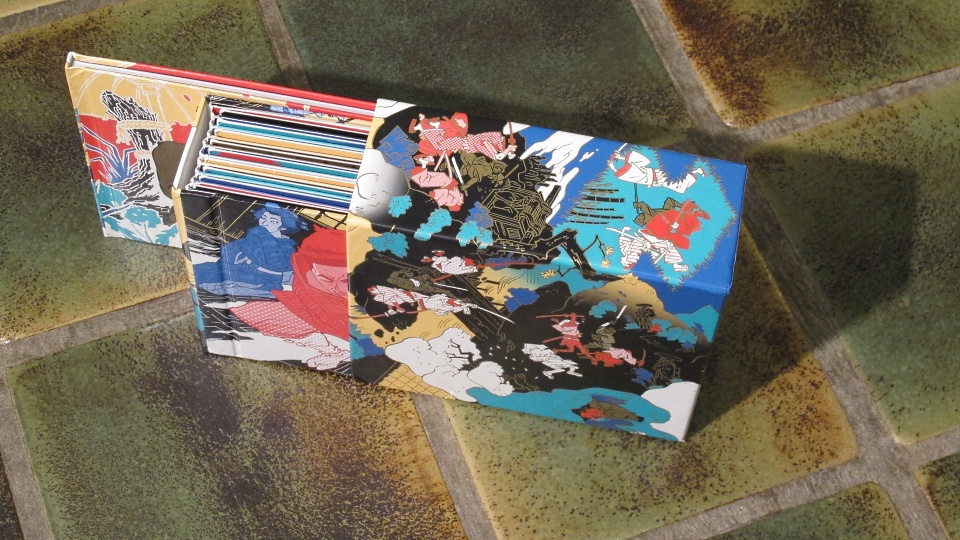 Inside: the massive, MASSIVE disc-holder and a hardcover booklet. 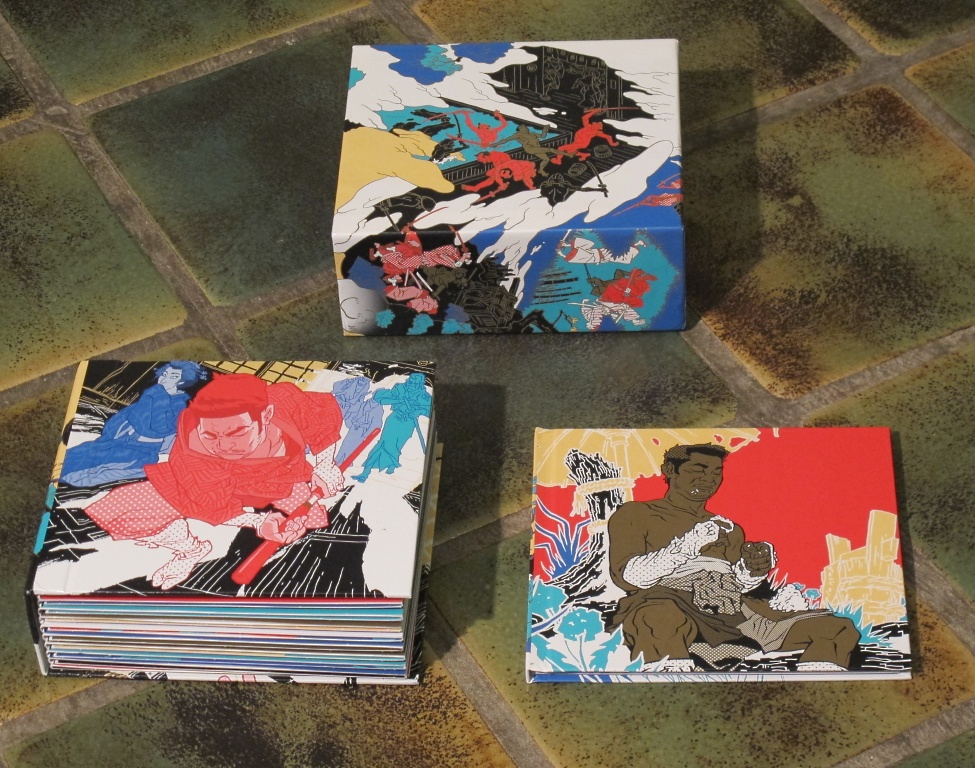 All contents on display. The designs on the outer box, disc-holder and booklet are consistent with each other. 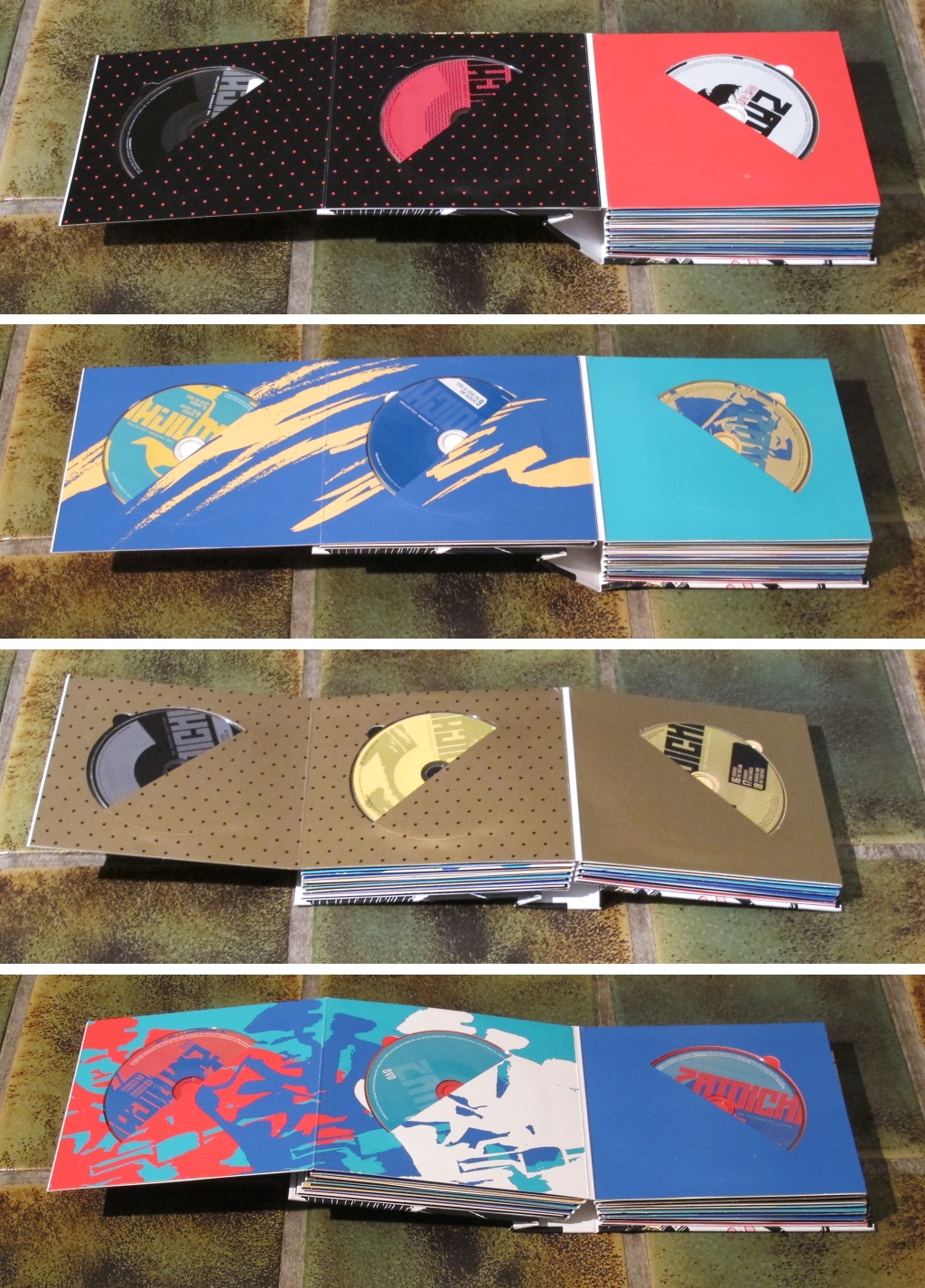 The discs are housed in cardboard pages which have been double-folded. Each group of three films gets its own "centerfold", so to speak, with its own three-color-design, like red-white-blue, or yellow-gold-black.

Each of these centerfolds houses three discs: two DVD's (one with one film, one with two films) and a Blu-ray with all three films in High Definition. 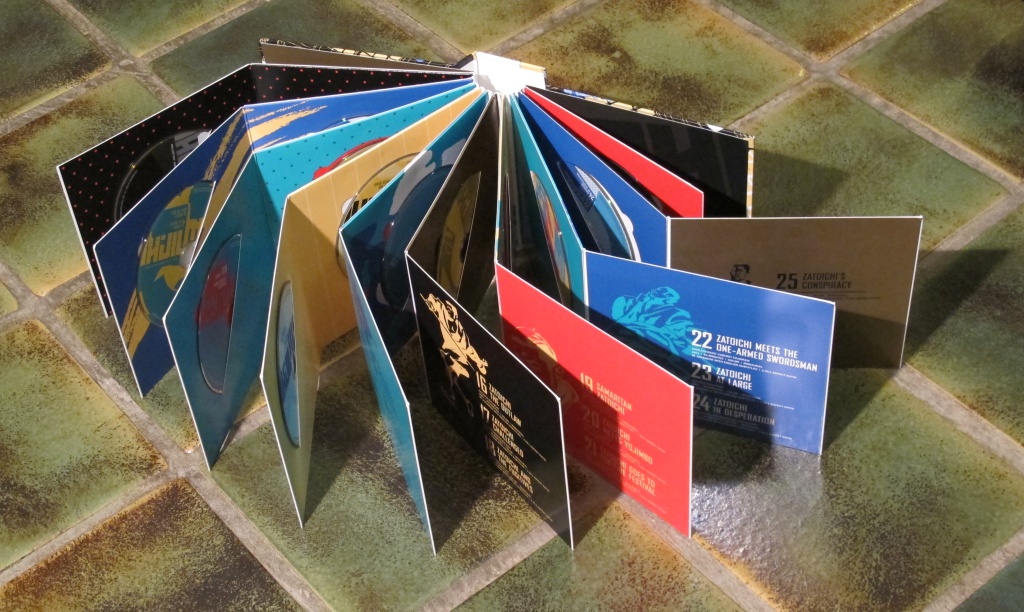 Here is the set with all double-folded pages spread out. Very pretty! 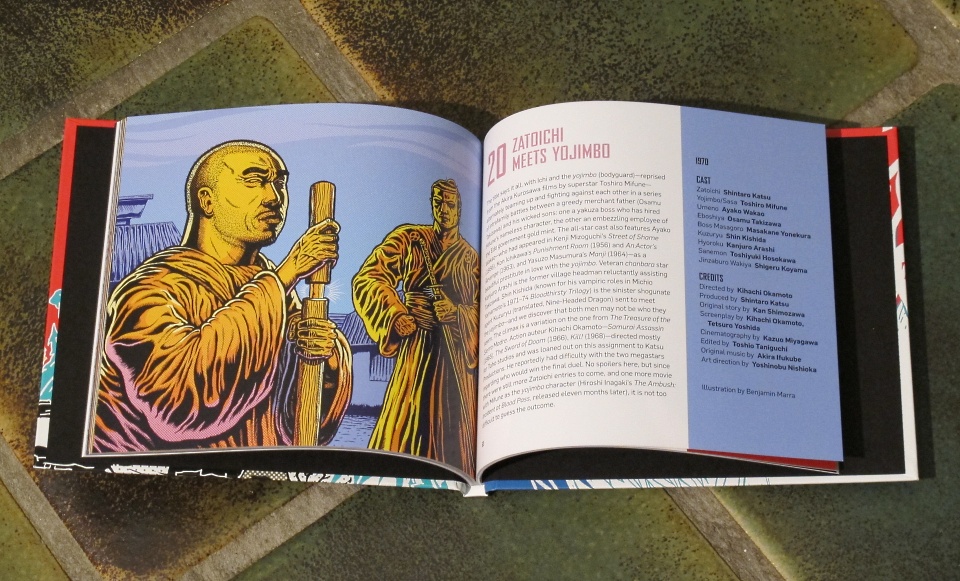 Finally, here is the booklet.

It has the original short story in it on which the Zatoichi character was based, an essay on the Zatoichi films, and story / credit details for all 25 films in this set, each with an illustration specially created for this set by 25 different artists.