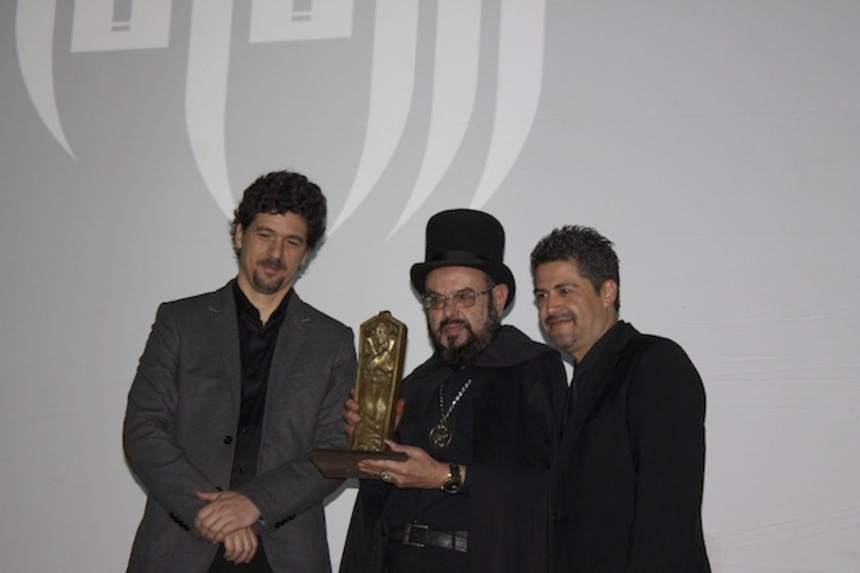 The first day of Feratum 2013 was definitely a mixed bag. The Coffin Joe homage was great but a series of technical problems ultimately ruined the movie-watching experience: I attended three screenings and each one of them marred bytruly annoying problems!

Together with Mexico City's film journalists, I arrived in Tlalpujahua around 12:30 PM, not early enough to attend the festival's first events, including the showing of Orc Wars and Lección Debida. So my movie day really began until 3 PM at Teatro Obrero (the main theater), where the Canadian film In the House of Flies was scheduled to have its Mexican premiere. The theater was almost empty and after 30 minutes there was no indication we were at a real film festival. What happened next was just weird: a DVD of Ice Ace: Dawn of the Dinosaurs began playing! Minutes later one member of the staff confirmed what we feared: there was no In the House of Flies, period. 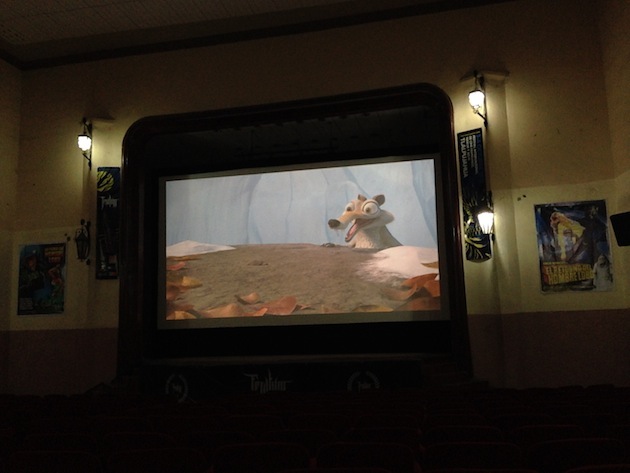 I went to another location (Capilla Cofradia) just to see the (really fun) last minutes of Bach ke Zara, the Indian remake of Sam Raimi's The Evil Dead. I stayed there for the Mexican premiere of Yerko Espinoza's Sin Sangre Nunca, which turned to be very boring and pointless (I'm working on a full review), not to mention the projection was wrongly framed, cutting off character's faces and the subtitles.

I returned to the main theater for the "black carpet" and the opening ceremony; there I finally met both José Mojica Marins and Gary Pullin! Mojica Marins' homage was short but really cool, and the Brazilian living legend received the festival's top honor (the Nosferatu of bronze) and said he was a fan of el Santo!

Coffin Joe and Pullin stayed for the opening short film: Zao Wang's Honeymoon Suite. It's a nice if unimpressive werewolf piece, focusing on a peculiar guest of a Chinese hotel. Coffin Joe and Pullin leaved the theater once opening feature film The Rambler began. I loved the first half of this Calvin Reeder movie, and got the feeling pretty much everyone was having fun (including the municipal president of Tlalpujahua), but guess what? More technical problems appeared! The digital archive wasn't complete so the night was, indeed, a bummer.

Do you feel this content is inappropriate or infringes upon your rights? Click here to report it, or see our DMCA policy.
Coffin JoeFeratum 2013Gary PullinTlalpujahua