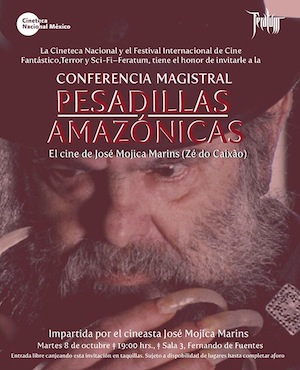 The visit of Jose Mojica Marins (Ze do Caixao/Coffin Joe) was by far the best thing Feratum 2013 offered.

It was incredible and I had the luck to stay close to him in Tlalpujahua first and later in my hometown Mexico City, where the complete Ze do Caixao trilogy was screened (on October 8). Mojica Marins was a participant of pretty much every Feratum event: you could see him at the opening and closing/award ceremony or even just walking the streets of Tlalpujahua together with one of his sons (I saw them once, at the public plaza).

Three Mojica Marins events happened during his first ever visit to Mexico: a press conference, the "masters of horror master class" (alongside Gary Pullin and Rodrigo Gudiño) and a solitary master class at Mexico City's Cineteca Nacional. The reunion with the press and the Mexico City class wandered around the same themes, with Mojica almost begging for weirder questions. I already shared my experiences while attending these Mojica events (check it out here), so it's time to let you know what the Brazilian legend said to journalists and fans.

In this piece you'll find Mojica's juiciest bits from the press conference and the Cineteca Nacional master class, as well as some exclusive photos with the man himself posing for ScreenAnarchy's camera. 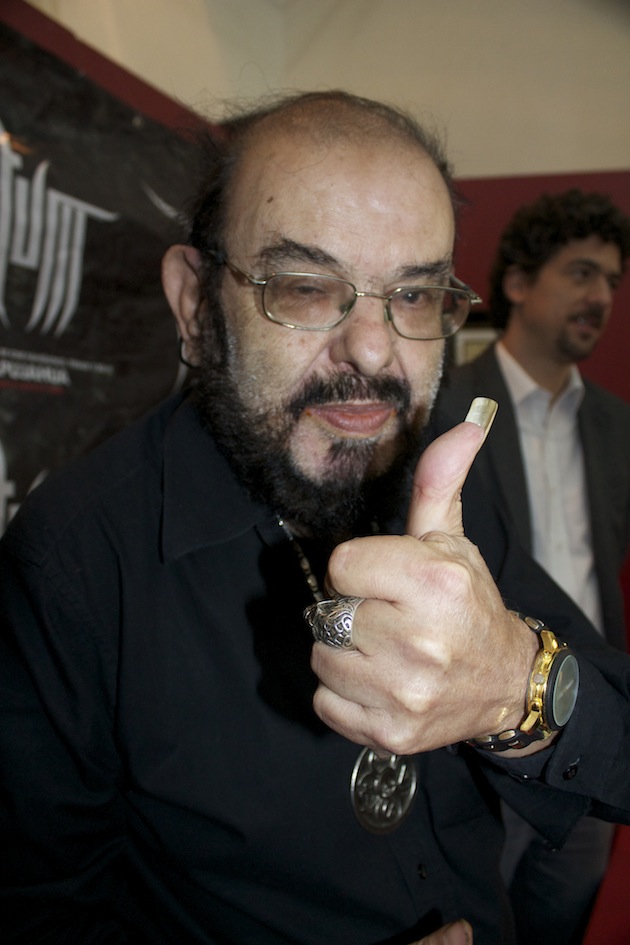 “There’s no relation between José Mojica Marins and Ze do Caixao.”

“80% (of the content in his movies) comes from my imagination and 20% from the infernal and bizarre things I saw with my own eyes during the Brazilian dictatorship.”

“In the sixties and seventies I was one of the most persecuted men in Brazil. They thought I could be a terrorist.”

“The catholic church in Brazil thought I came from hell.” 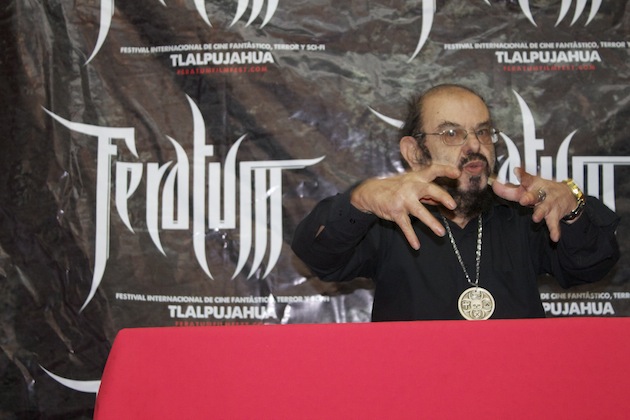 “El Santo was a very important person. I was very attached to Mexican cinema because my family came from Spain.”

“I see Mexico very close to Brazil, showing fantastic and different things without much fantasy like the Americans but rather working with the mind, spirit and heart.”

“Horror films today are really weak, mainly those franchises like Twilight where all the men are effeminate.”

“(My new project) Is being prepared in Brazil. A book made about my biography, Maldito by André Barcinski, was huge in Brazil and now we are going to make the film. It’s about the most important parts of my biography.”

“This character (Ze do Caixao) came from reading horror books and comics, accompanied by horror cinema. I wanted something fantastic, different. I was very sad since I had lost some friends, and I had a nightmare in which a faceless person dragged me to a cemetery where there was Ze do Caixao’s grave. That nightmare inspired me.” 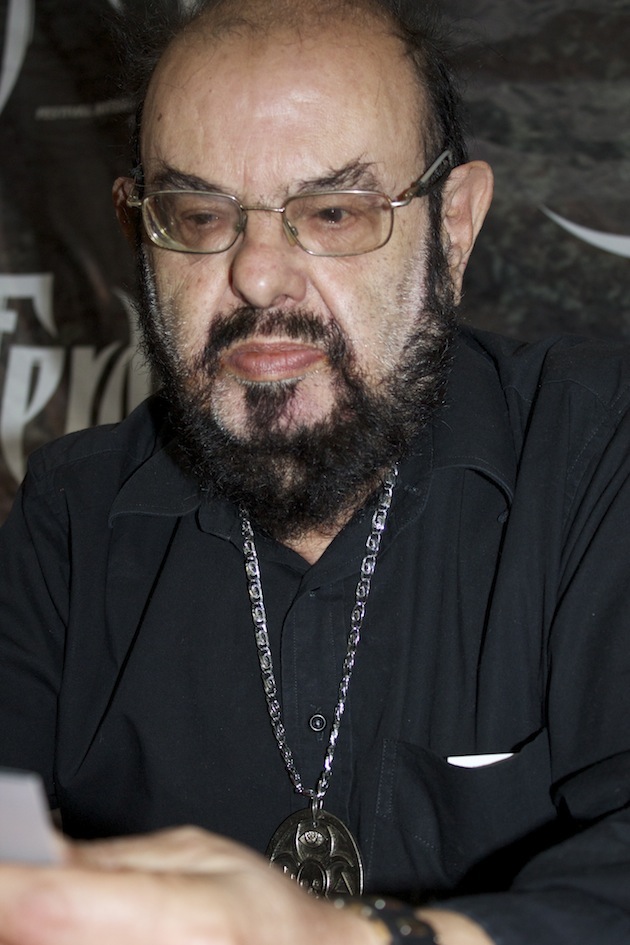 “Cinema never perturbed me but inspired me. I would cite (as inspirations) Boris Karloff, Lone Chaney, Bela Lugosi, Vincent Price.”

“My childhood was one of the best because I lived inside a cinema. I grew up and stopped living there but I began making cinema.”

“I don’t like fake blood. It has to be real, I recommend using the blood of a hen. You can use it and later eat the hen.” 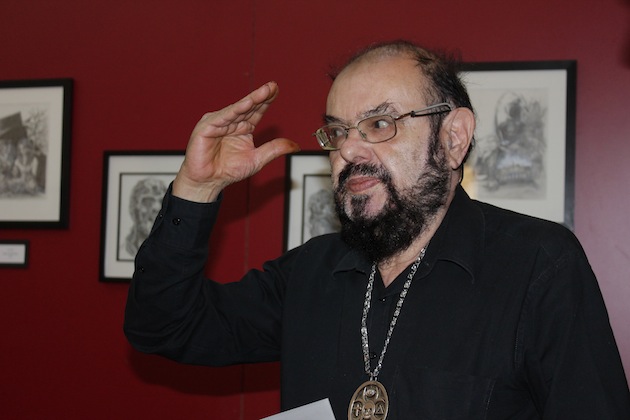 “I would like to work with John Glover, and from the past with Anthony Quinn, Hitchcock, Polanski.”

“Cinema Novo had huge talents like Glauber Rocha, who told me I was a genius. I was always a good friend of Glauber Rocha.”

“The Brazilian dictatorship was very violent for me. My cinema was condemned, and they said it was cinema for sick people. But I began a love relationship with the daughter of a general of the army, and thanks to her everything was possible and I’m here today!”

“I have worked in every genre, from kids movies to westerns and pornography. My favorite of my films is Awakening of the Beast, because with it I denounced the authorities.” 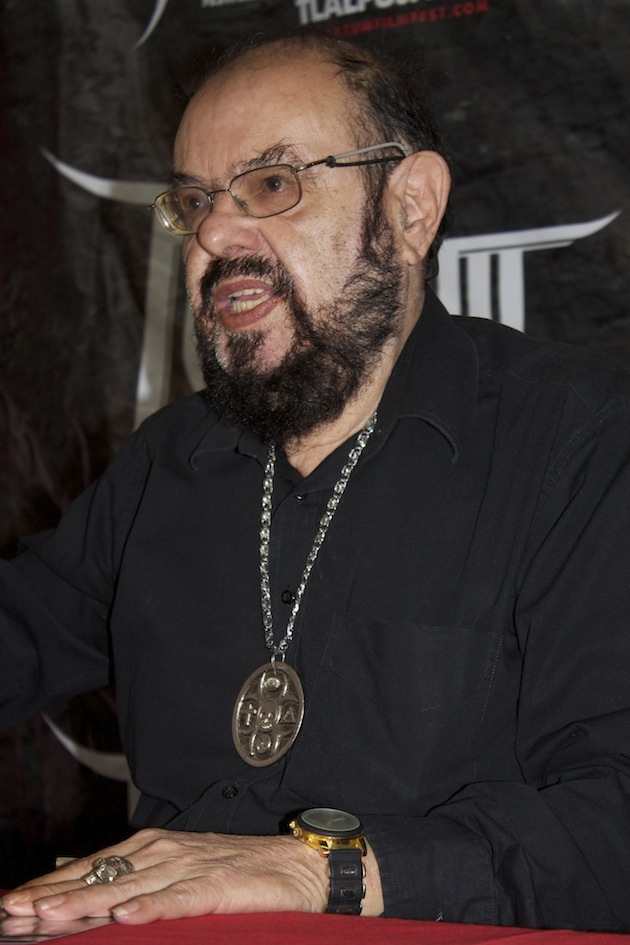 “When Ze do Caixao kills a woman is because she ain’t the ideal woman. When they are unfaithful, he tortures them in every way.”

“Horror is something that will never end.”

“My biggest fear is the next day. You never know what’s going to happen.” 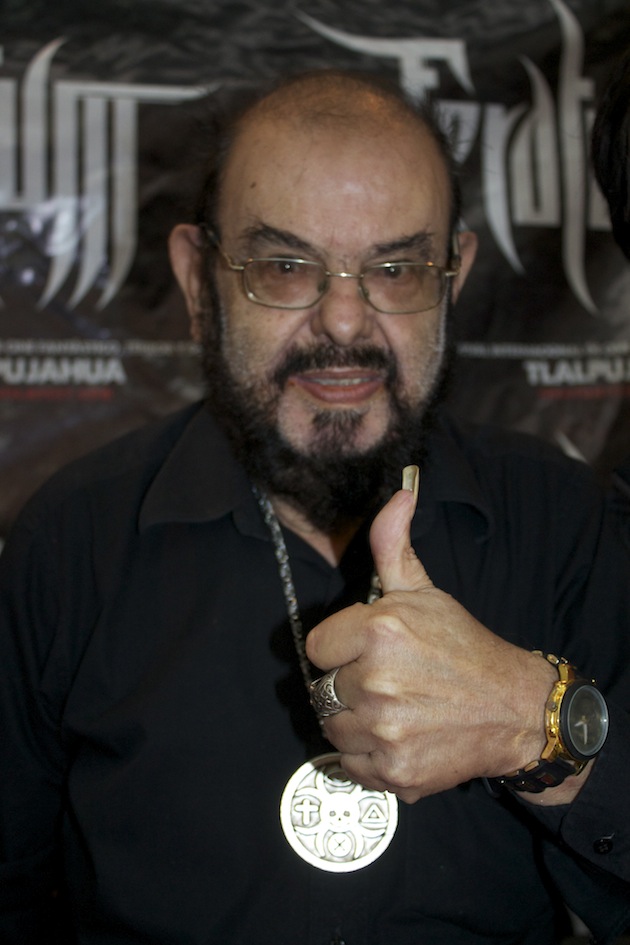 “Finishing with Paulo Coelho is not a problem, the problem is that if he’s over many little Coelho will emerge!”

“I want a successor in Brazil but he doesn’t appear. I have seven children but most of them are far away from cinema.”

“I feel proud of the Ze do Caixao character but, at the same time, sad because in the past my children suffered a lot of bullying in their school.”

“I have the finale for Ze do Caixao: he has the perfect son!”

Do you feel this content is inappropriate or infringes upon your rights? Click here to report it, or see our DMCA policy.
Coffin JoeFeratum 2013José Mojica MarinsTlalpujahuaZé do Caixão