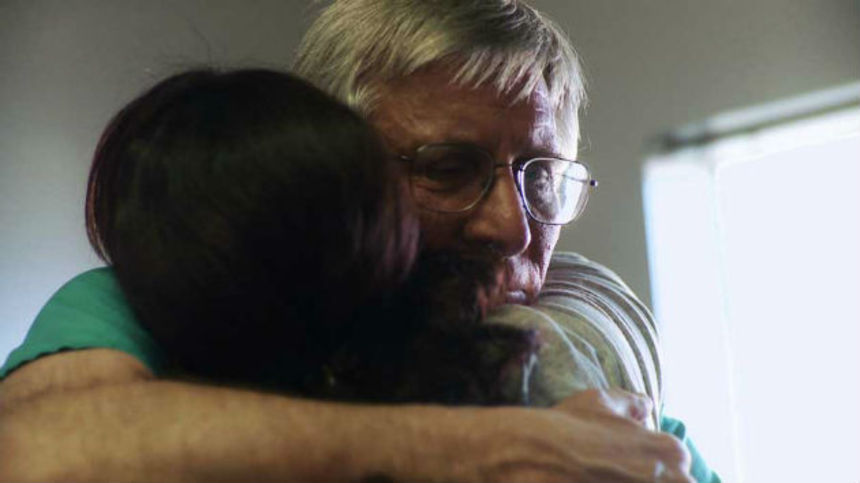 On May 31, 2009, Doctor George Tiller was murdered while attending his regular Sunday church service. The doctor was one of a handful trained and willing to perform what are almost antiseptically referred to as "late term" abortions, the termination of a foetus after around the twentieth week of gestation.

While Tiller's work is legal in the state in which he practiced, he nonetheless became a figurehead for the anti-abortion movement. As such, his murder was both celebrated by some and caused shock and horror for others. What it did not do was cause a national rush in the US for other doctors to take up Tiller's mantle.

The film After Tiller follows the four known doctors who continue to practice the controversial procedure, despite all the overt risks to their own lives made explicit by the 2009 killing. With intimate access to the actual operations of the clinics, the film does a remarkable job at highlighting the moral ambivalence such a procedure engenders not only for the patients but for the doctors themselves.

While it's clear that the filmmakers have a particularly sympathetic point of view for these doctors, the film is at its most effective when we see these explicit challenges play out. "Nobody wants a fucking abortion," exclaims one of the doctors, and this is at the heart of the tough decisions that are played out every day within each clinic. Another doctor cuts to the heart of the drama, pointing out that these are "babies", not bundles of tissue the way they are in earlier stages of pregnancy, not hiding from the fact that for many the fetus would be viable given modern technology. Given that the procedure at this stage involves the euthanizing of the fetus followed by inducing of vaginal birth (a process taking place over more than one day), it makes clear both the scope and nature of the procedure in an unflinching way.

By not sugarcoating the nature of what's involved, this only strengthens the competing moral (and legal) element at the core of the film, namely the right of the woman to decide on what to do regarding her own body. Given the various health conditions, a child born of rape, or whatever the circumstances, the decisions are never easy, and there are clear indications of competing considerations trumping one another. Yet neither doctor nor patient want to be in this situation, this is not something sought out as some easy answer without reflection.

By showcasing the most extreme end of the spectrum, After Tiller gives the open minded viewer insight into this enormously complex issue, one often masked by kneejerk labels or political positions. Within the trenches of the actual practice, the Doctors clearly wrestle with these issues all the time, a factor that only strengthens both the scope of the doc and the audience's reaction to it.

For those not already too far gone in their opposition to the procedure, sunk into a dogmatic point of view that would block out any contradictory factors, I think the film could be something well worth being challenged by. It'd be unlikely to change one's mind, but hopefully an open minded viewer would at least gain some understanding of just what these doctors contend with.

Similarly, for those who have never wrestled with the moral implications and have simply passed off the freedom to choose as a simple answer, then this film may in fact demonstrate why such freedoms are usually competing with other factors that make the whole situation near unbearable for both the mother and the doctors and support staff that are at the frontline of such decision making.

It's a lot of heavy stuff to cram into 88 minutes, but to the credit of directors Martha Shane and Lana Wilson, it's a tale well told, and certainly one that befits discussion. Joining the likes of Tony Kaye's remarkable Lake of Fire, After Tiller is a tremendously important, vital documentation of the current state of late-term abortion in the US, and the reflections by the physicians who have taken up Dr. Tiller's mantle to provide a safe, secure environment for these heart-wrenching procedures to take place.

Review originally published in slight different form during Hot Docs in May 2013; The film opens in select theaters in the U.S. on Friday, September 20. Visit the official site for more information.