Shelagh Rowan-Legg
Editor, Canada; Montréal, Canada (@bonnequin)
Tweet Post Submit
About an hour north of Barcelona, an old tuberculosis hospital was converted to a large film studio, the Parc Audiovisual de Catalunya. Fans of Spanish horror film have likely seen several films shot there, and the most recent film in production is Asmodexia. The first feature film directed by Marc Carreté, written by Carreté and Mike Hostench (co-director of the Sitges Fantastic Film Festival), the studio's former use has served useful for some scenes of the film, which I was able to visit recently.

Asmodexia tells the story of a grandfather and granddaughter exorcist team, who travel the Barcelona area plying their trade. On set, I had the opportunity to watch a scene being shot, and talk to Carreté and Hostench about the film. In addition, the production team sent me some pretty amazing stills from the film. 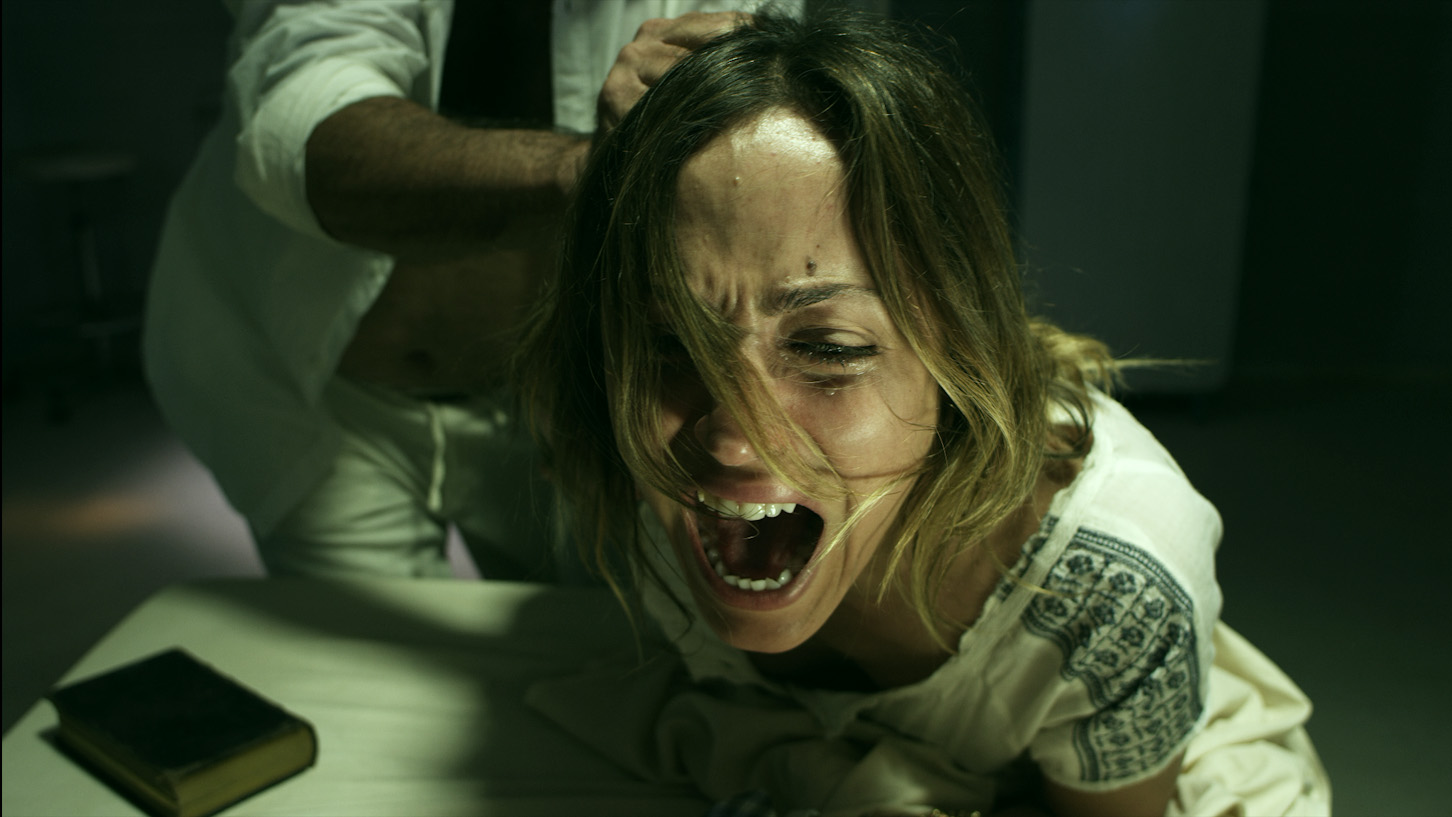 Asmodexia is the new film produced by MS Entertainment, a new Spanish production company dedicated to fulfilling the increasing demand for genre film. The current renaissance of Spanish horror film has seen a growing demand, not only for Spanish-language films, but horror film in any language. Producer Emili Pons and other Spanish producers are making films for an international market, knowing that genre films can often be the saving grace of a national cinema, as the fan base and markets are open to a wide variety of fantastic films and approaches. While Asmodexia is in Spanish, MS Entertainment will produce more films both in the country's native language and English. 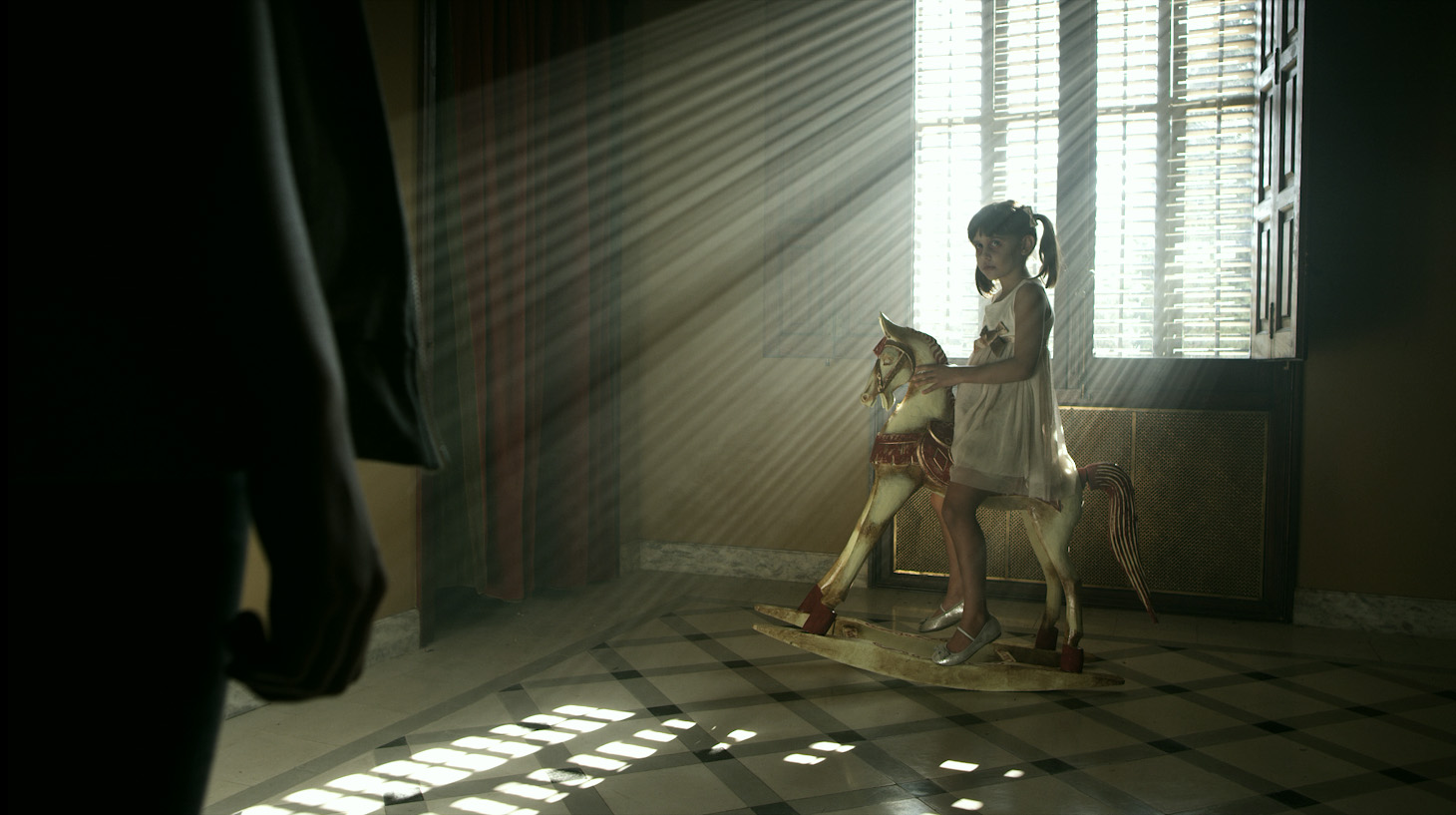 While known for his work at the Sitges festival, Hostench is no stranger to filmmaking. He wrote a screenplay about Indian gangsters in Barcelona, and co-wrote the script for the Brian Yuzna film Beneath Still Waters. He is also serving as a producer of Asmodexia.

Hostench says that the original idea for the story of Asmodexia came from Carreté, who wanted to make a more realistic tale of exorcism, using the Barcelona area as a key part of the story. "The thing that we really wanted to do is horror film, without comedy, just pure horror. Brian Yuzna (who has worked extensively in Spain) used to define some movies as "son terror sin terror", meaning horror movies without the horror. We wanted to avoid that, really just to scare the audience." 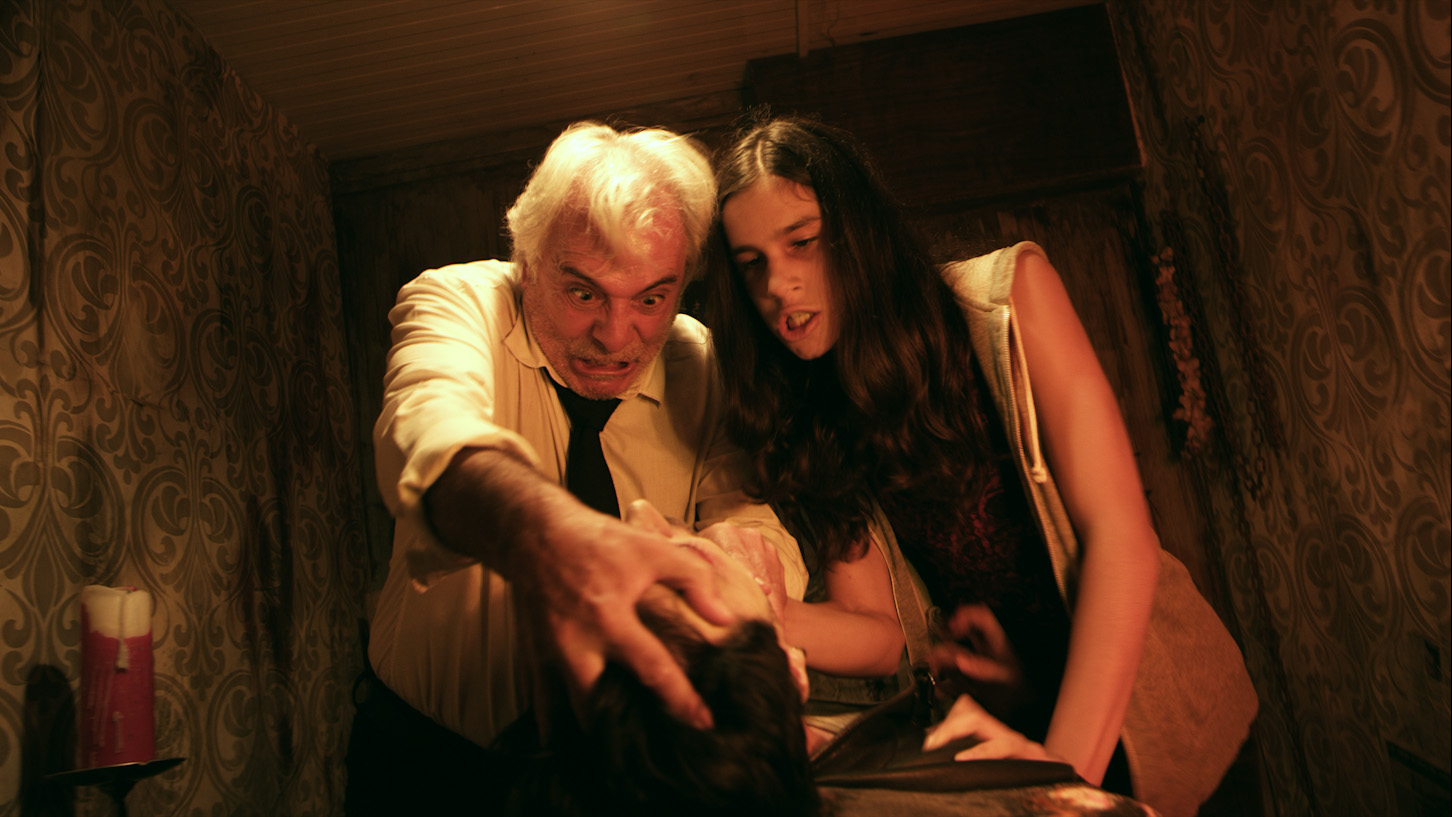 One of the interesting things about the story is that the exorcists are not Catholic (the dominant religion of Spain), but Evangelicals, who are rare in this country. According to Hostench, there is a growing Evangelical movement in South America, and for him (and Spain), this is a more exotic religion. (Also, as the lead character has to have been married and had children, he couldn't be a Catholic priest). The exorcisms of the Evangelical churches are more spectacular. Hostench says that Caretté is an expert in the darker side of Barcelona, and has studied the practice of exorcism extensively. 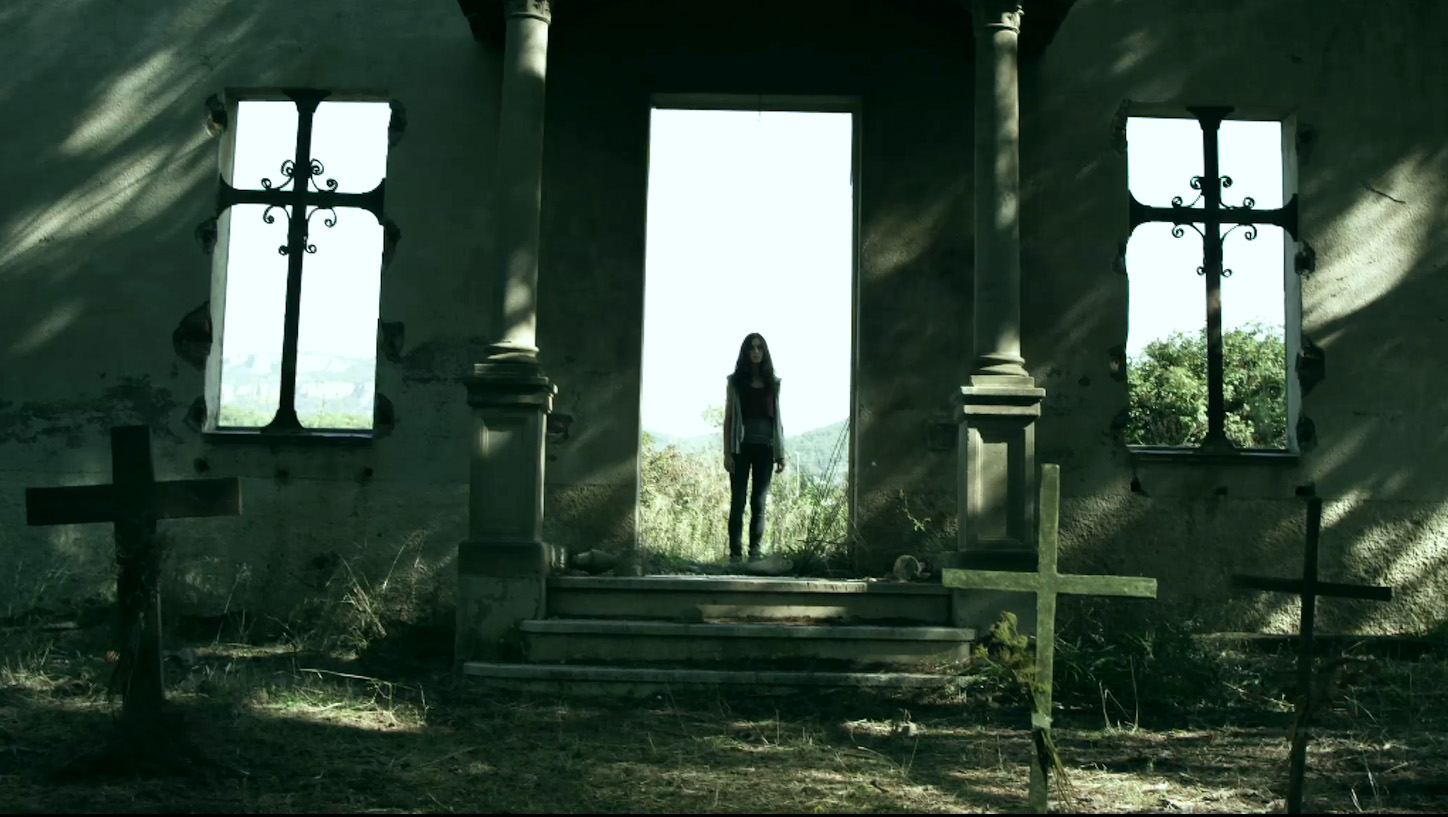 Carreté has made two short films, Castedermia and Mal Cuerpo, both of which played at Sitges. He approached Hostench with his idea for Asmodexia.

For Carreté, it's not important that the audience has prior knowledge of any aspects of the Evangelical religion, or even exorcisms (though certainly it will appeal to horror fans who like a little religious fervour in their narratives). "The struggle between God and the Devil, through the human body, is the focal point of the story," he says.

I asked Carreté why he enjoys making horror and fantastic films, what about the genre appeals to him. "For me, as a spectator, I love these kinds of films. Terror cinema can express crisis, can express problems that get lost in more realist cinema." Carreté's passion for horror cinema comes from his youth of watching films in the 70s and 80s, with films from directors such as John Carpenter and Wes Craven. For him, films such as The Exorcist and Poltergeist come from a golden age of horror. 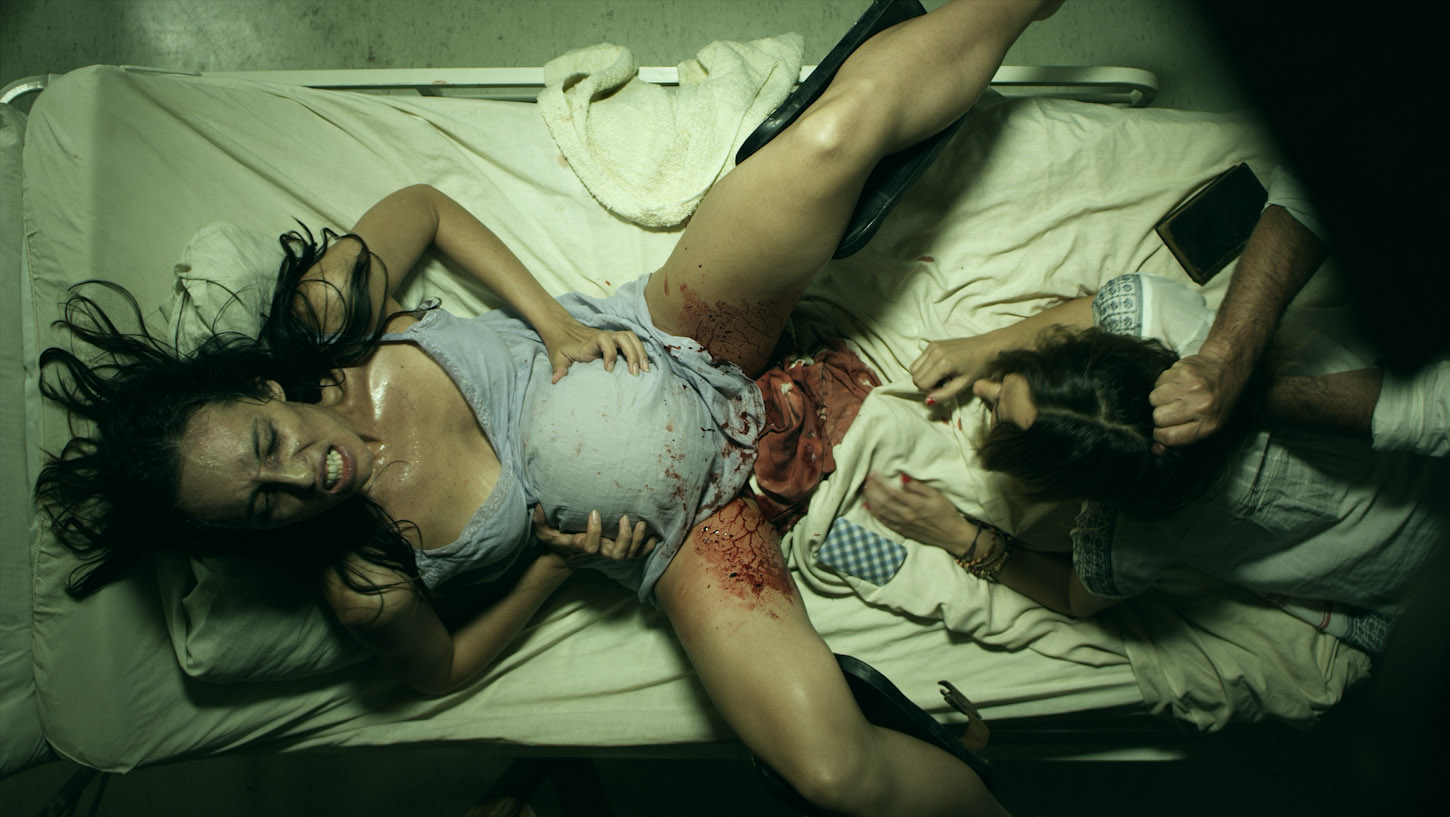 Carreté cites other Spanish directors such as Juame Balagueró, Paco Plaza, Juan Antonio Bayona and Nacho Cerda as part of the new wave of Spanish fantastic film, opening up new markets and finding new audiences that allows companies such as MS Entertainment and films such as Asmodexia to get made.

While Asmodexia is in Spanish, Hostench hopes that more horror films from Spain will be made in english. "We think that the film will look good for audiences anywhere in the world. Now, production is global. A Filipino film can sell in the United States, or a Scandinavian film can work well in France. I think Asmodexia speaks the universal language of horror, but at the same time it will look exotic. I think this combination of the universal backbone while at the same time looking exotic is very appealing." 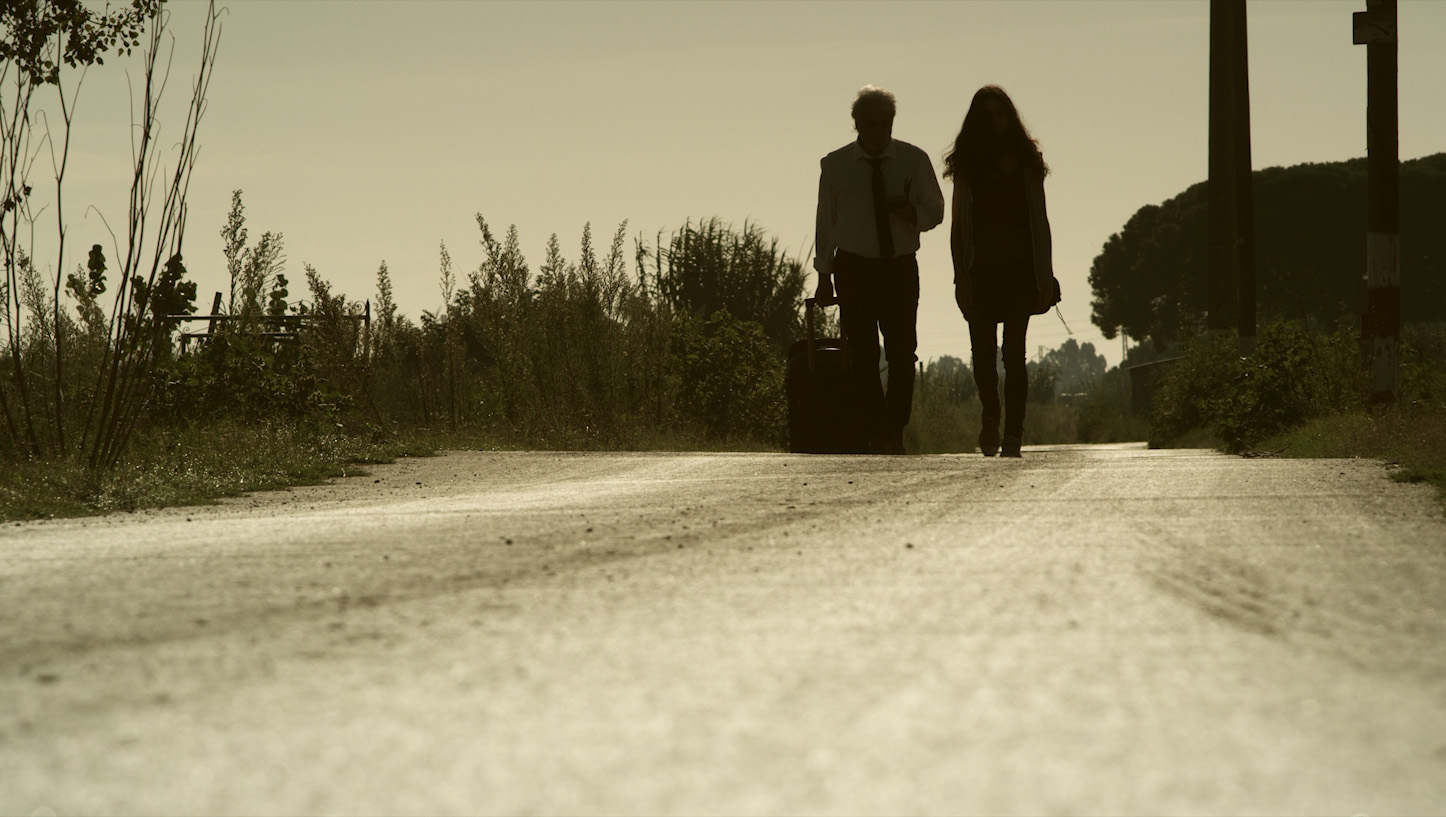 Production is set to wrap at the end of the month, and XYZ Films represent the North American rights to the film. As horror film, and Spanish horror film, continues to gain strength and an international audience, hopefully Asmodexia will start making the festival rounds next year