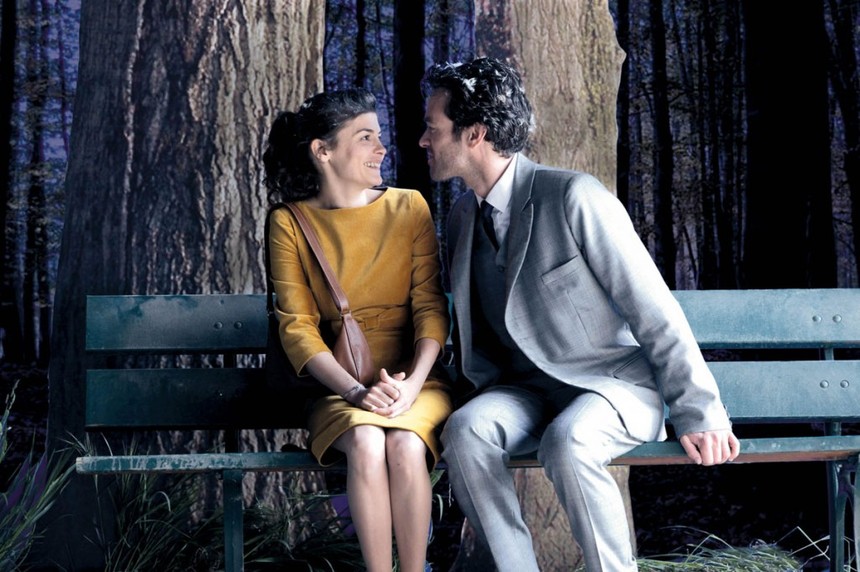 International press on Michel Gondry's has been by and large unified on two fronts. One, the film is a meticulously crafted flight of fancy from a man who does meticulously crafted flights of fancy better than arguably anyone else on the planet. And, two, the original version of the film was overly long and required a knowledge of the source novel by Boris Vian that made it quite difficult to follow and perhaps a little tiresome for those who didn't have said knowledge.

Well, producers have attempted to address point two with a new version of the film which runs thirty six minutes shorter and is described as playing as a 'looser adaptation' that doesn't require advance knowledge of the story. According to a press release circulated in Australia and broken by Dark Horizons, this will now be the version of the film screened in all countries outside of France.

What nobody seems to know at this point was how involved Gondry himself was in this new version which leaves a whole lot of questions about whether this should be viewed as outside forces forcing changes, as just happened with Bong Joon-ho's Snowpiercer, or whether this is Gondry and the producers recognizing an issue with the first version of the film and taking steps to correct it.

Do you feel this content is inappropriate or infringes upon your rights? Click here to report it, or see our DMCA policy.
boris vianmichel gondrymood indigo