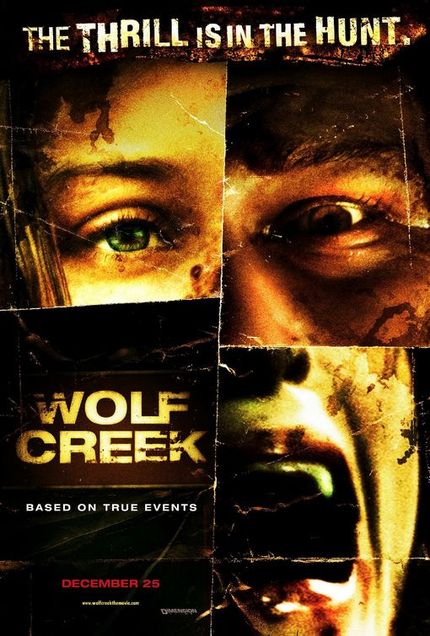 Wolf Creek 2, sequel to the Australian horror film that achieved local box office success before going on to become something of an international phenomenon, will be released in Australian cinemas on February 20, 2014.
The film's director Greg Mclean made the announcement in front of excited fans at Melbourne's Oz Comic-Con. The original hit was released in 2005 and became the number one Australian film in that year and the highest grossing Australian R18+ film of all time.
"Our goal is to create an even more suspenseful, chilling and unforgettable experience for audiences and we feel very confident they will not be disappointed," said Mclean. Roadshow Films Managing Director Joel Pearlman said, "Wolf Creek wowed audiences when it released in Australia in 2005. It is exciting that Greg and his team have found a way to bring the next chapter in the story of Mick Taylor to the screen and we are looking forward to bringing Wolf Creek 2 to audiences in 2014."

Trapped in a bloody battle of wits with sadistic serial killer Mick Taylor (John Jarratt), a fresh group of unsuspecting backpackers find no mercy in this terror-filled sequel to Wolf Creek. His irreverent attitude towards human life has escalated to a sadistic new level, more terrifying than ever, will anyone escape this gruesome game or has the nightmare only just begun?

I've got high hopes for this, please don't suck....

I didn't get around to watching "Wolf Creek" until last year......wanted to see it as I had read some quote by Tarantino saying it was great. It was one of the worst horror movies I'd ever seen. I really wasn't expecting much. The character development was just a bunch of saccharine-sweet bullshit........seemed like it was reaching for a realistic tone.......came off as the dumb side of ridiculous. No tension. Trite crap. It is amazing how some films ride completely unfounded hype/praise to success (this, the Hatchet series), while other decent/good films are mostly ignored (Judge Dredd, Attack the Block, Grindhouse).