Hey, Scotland! See a Preview Screening of CITADEL This Tuesday! 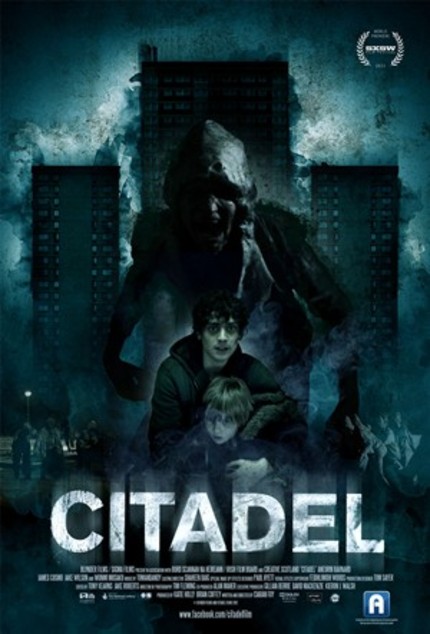 We here at ScreenAnarchy are big fans of Ciaran Foy's feature film debut Citadel. It's an intense, tight horror film that examines a young man's crippling agoraphobia in the wake of a violent attack by strange youths that leaves his wife dead. Our own Brian Clark described it as "one of the most intense depictions of pure fear I've ever seen", and it was on my top 20 list of last year. Mixing monsters will the real-life terrors of poverty and isolation, it's both personal and incredibly relatable, particularly to those with knowledge of life on Britain's social housing estates, where crime is often rampant with seemingly no way out.

The film is due for release on Friday, July 12, and there are four preview screenings on Tuesday, July 9 in select cities in Scotland: