Euro Beat: 7 Highlights From A Visit To The Set Of Jean-Luc Godard's 3-D FAREWELL TO LANGUAGE

Brian Clark
Editor-at-Large; Los Angeles (@http://twitter.com/marshalclark)
Tweet Post Submit
"Experience has taught that we never learn anything about a film by visiting the set... We can capture an atmosphere, a way of being and acting, trying to discern intentions, but we never get a complete or tangible impression." So says Olivier Séguret somewhere around the midpoint of his lengthy article in Libération recounting his visit to the Swiss set of Jean Luc-Godard's upcoming 3-D feature, Farewell to Language.

So why bother writing one at all? Well, his show-stopping 3-D short The Three Disasters certainly stoked the appetite of cinephiles for even non-news about his upcoming companion feature. But more importantly, even if we don't learn anything about the film from a visit to Godard's house, we can learn some pretty amusing and/or fascinating stuff about Godard himself, notably the way that, at almost 83 years old, he's embracing new technology with the curiosity and spirit of someone a quarter of his age.

Click through for several more highlights (translated from French) from the article, and then stick around for new briefs from Denmark, London and Spain, as well as the latest European box office report! 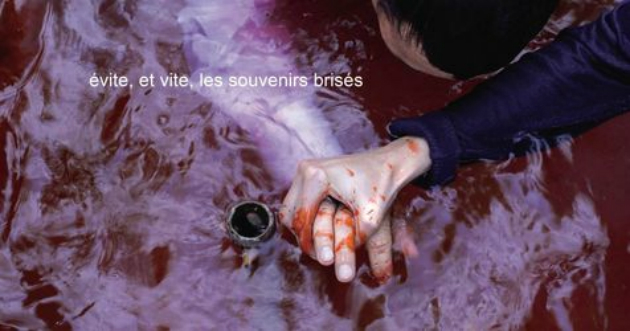 1. Your home movies probably have a bigger crew than Godard. According to the article, the entire crew for the film consists of, "the director and his two, two ... Two what? Together, Jean-Paul and Fabrice Battaggia Aragno are assistants, managers, production managers, script supervisors, secretaries, costumers, technicians, editors, cinematographers, sound engineers, responsible also for restaurants, taxis, money and water bottles." 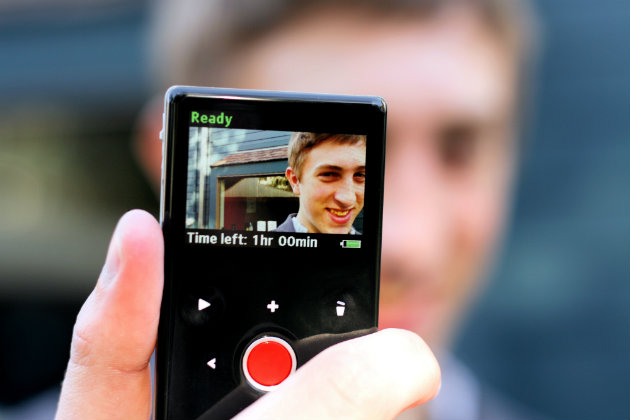 2. Your home movies are probably made on the same cameras Godard uses. Today, Séguret notes, Godard is shooting on a 3-D camera he made himself, which basically consists of two digital SLR cameras mounted on a board, one right-side up, one upside down. However, the writer also catalogs his stockpile of other equipment for the film. To wit: "Flip-cams and go-pro cameras, video smartphones, big and small DSLR cameras and video devices, computers..." 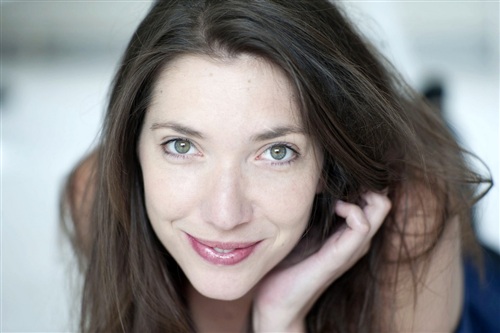 3. There are characters. They will be nude. The first part is significant because Godard's last 3-D foray, did not actually have characters. Unless you count the shots of Godard himself, or his dog. The second part is significant because, well, this is the internet. The writer notes that the weather report predicts a tropical day in Switzerland, which he says is perfect because both present actors will have to get nude that day. The actors in question are Zoe Bruneau (above) and Richard Chevallier, who play "the couple." Another pair of actors play the same characters later in the film, but in different space-time, naturally. 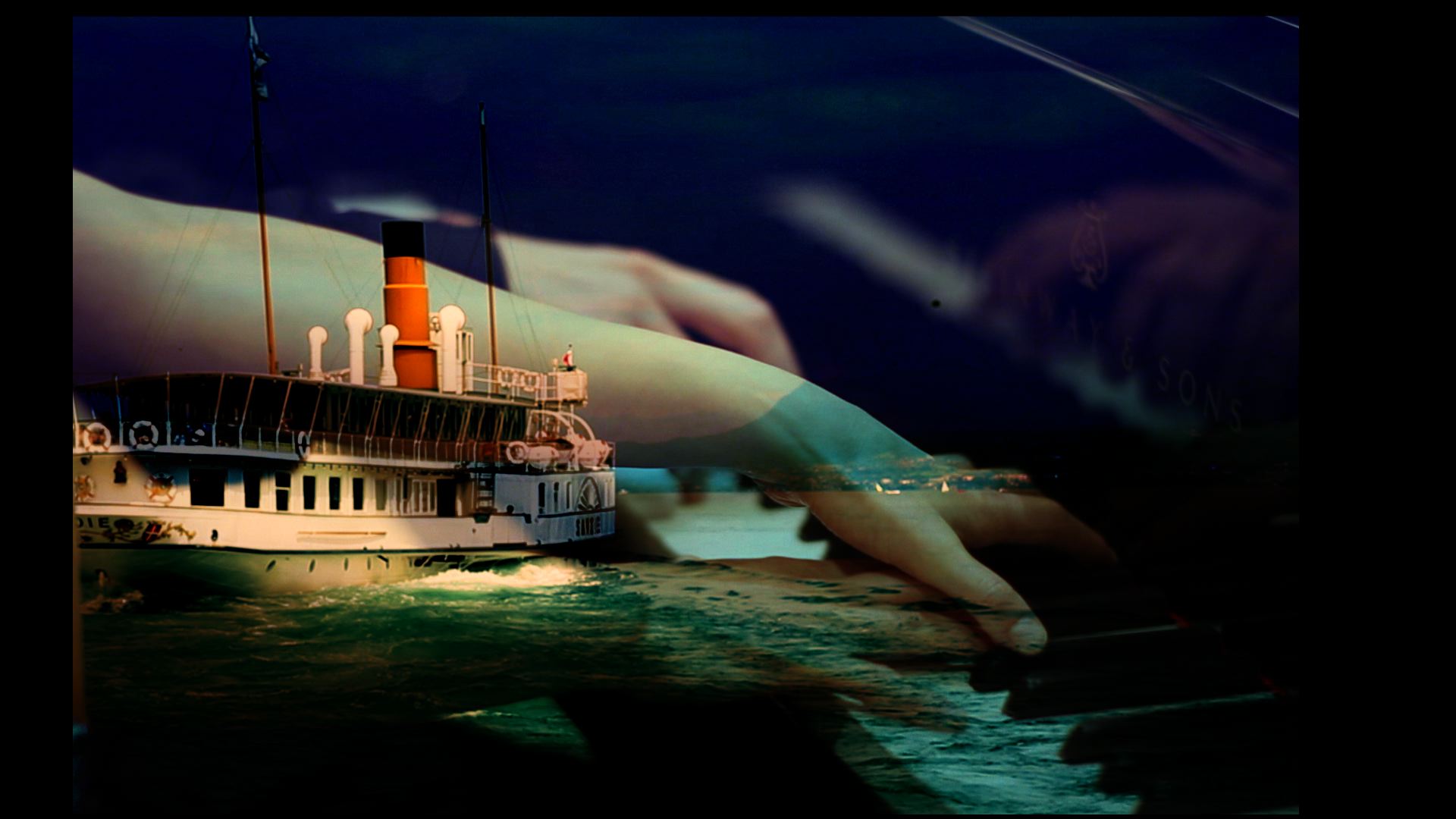 4. Good luck making sense of those characters! According to the article, "As often in Godard films, the film pulls together literary fragments, lectures on world politics, found images (photos, paintings, extracts of films) and an intimate story." As for the title, Godard himself says, "The title is mysterious, and I think it will remain that way." 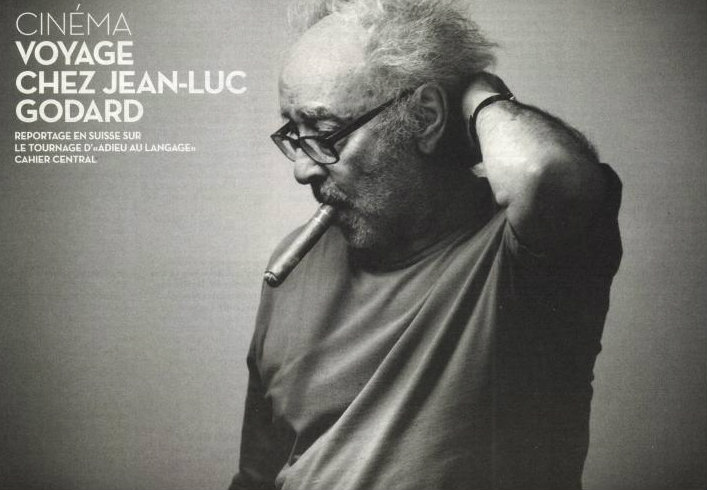 5. Godard has a jingle to start each shot. He tells the actors, "3 seconds after I say 'Go,' go! So... Go!" (It sounds more like a jingle in French) He ends each shot by saying "Very good, let's redo it." But he rarely does more than three or four takes. 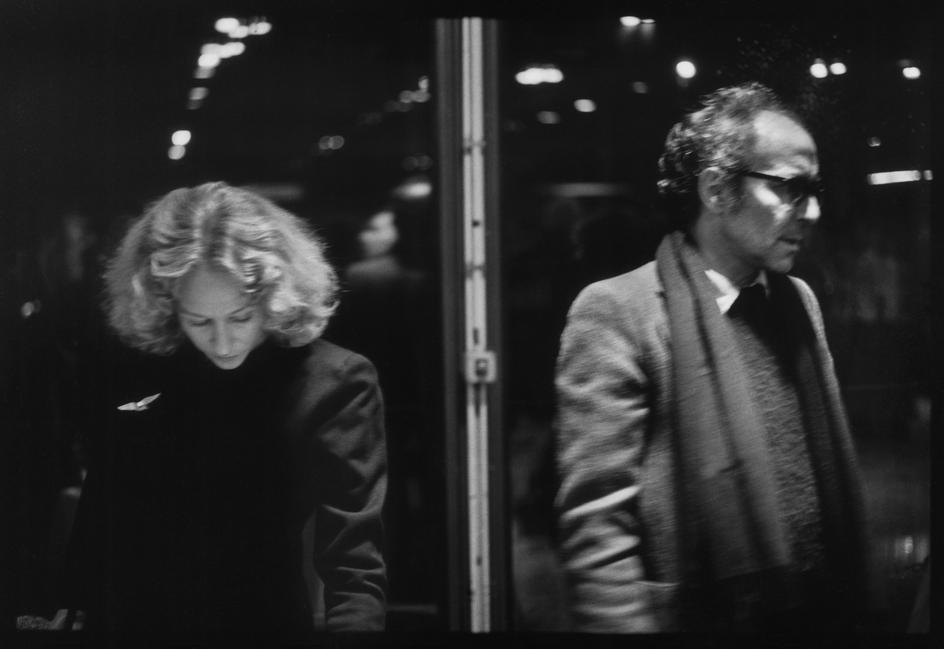 6. Godard's longtime partner, writer/director Anne-Marie Mieville, is not directly on set... or is she? Séguret compares Anne-Marie's name in conversation to a "personal punctuation" for Godard. On this particular day, he writes, "She is apparently several hundred meters a way in a close house, the location of which, I will not look for... like a magnetic force that acts on Godard, who plays the role of the clock. Phrases exchanged by the actors might as well be exchanges between Godard and her." 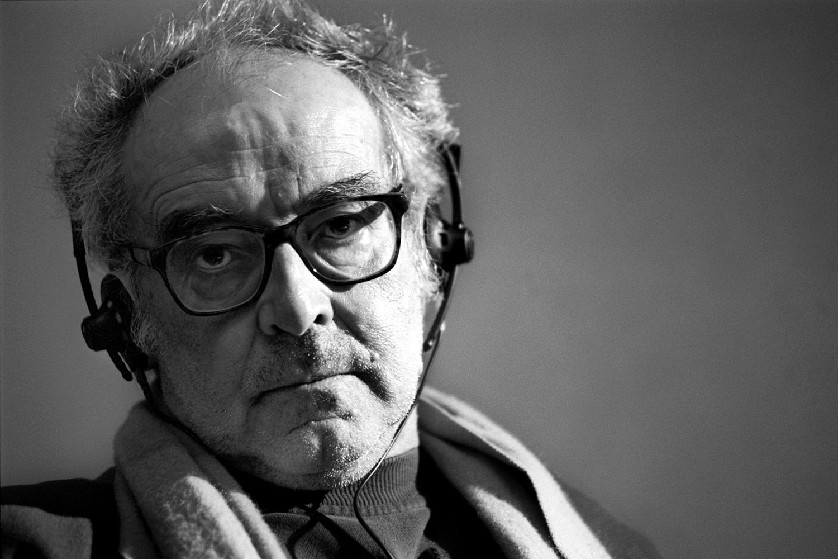 7. Godard thinks the whippersnappers still don't get it. When asked about why 3-D is only used in vulgar, dull ways, Godard responded, "Young filmmakers are not interested in technology, they just know what a camera is, and then what two [cameras] are... They don't reflect on what the camera does, it sees." 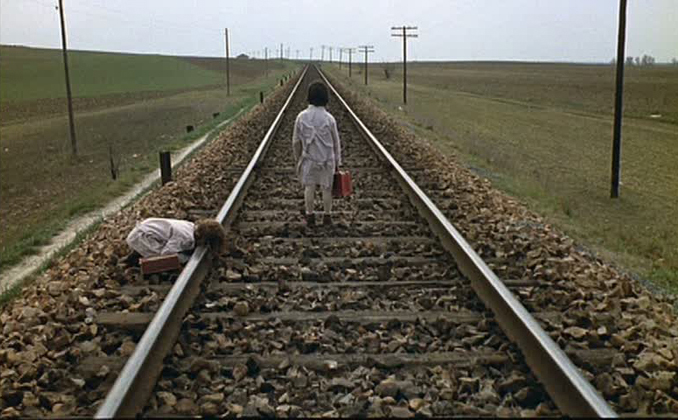 We're in the throes of summer, which means that U.S. blockbusters are continuing to dominate Europe. Last frame Man of Steel took the number one spot in almost every single territory. However, in Denmark, it was closely challenged by Player, which stars Casper Christensen of Klown fame. It took the number two spot by a pretty small margin. Meanwhile, Germany and Portugal got Monsters University instead of Man of Steel, so they ceded the number one position to that franchise instead. And finally, poor Sweden didn't get either film, and so they apparently all went to see The Internship, which won the last box office frame.

Do you feel this content is inappropriate or infringes upon your rights? Click here to report it, or see our DMCA policy.
Adieu au langageEuro BeatEuropean Film NewsFarewell to languageJean Luc godardLiberation