You Could Win A Free Screening Of BLUE IS THE WARMEST COLOR! 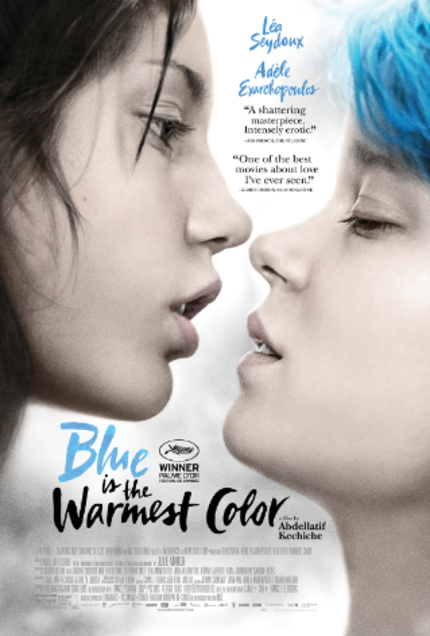 One of the most hotly buzzed titles of the past year, Abdellatif Kenchiche's Blue Is The Warmest Color hit SundanceNOW, Cable VOD, iTunes and other digital outlets on Friday and one lucky ScreenAnarchy reader is going to win an online code to watch the film for free on SundanceNOW.

The sensation of the Cannes Film Festival and the most controversial film of the year, Blue is the Warmest Color made cinema history as the first film ever awarded the Palme d'Or to both its director and its actresses. In a star-making role, Adèle Exarchopoulos is Adèle, a passionate young woman who has a yearning she doesn't quite understand until a chance encounter with the blue-haired Emma ignites a flame and brings her to life. Léa Seydoux (Midnight in Paris) gives a fearless performance as Emma, the older woman who excites Adèle's desire and becomes the love of her life. Abdellatif Kechiche's (The Secret of the Grain) intimate epic of tenderness and passion charts their relationship over the course of several years, from the ecstasy of a first kiss to the agony of heartbreak. Pulsing with gestures, embraces, furtive exchanges, and arias of joy and devastation, Blue is the Warmest Color is a profoundly moving hymn to both love and life.

You want your chance to win? Just email me here and name the upcoming film by Christophe Gans which also features Seydoux. Contest open to US residents only.