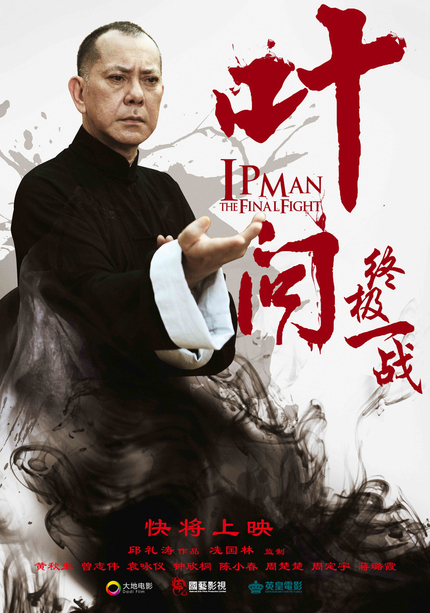 In case you were wondering if Well Go ever has plans on slowing down, I think it's safe to say that the answer is a resounding "no". The Texas-based company announced today that it has acquired all North American rights to Donnie Yen's big budget remake of 1989's Yuen Biao film, The Iceman Cometh, apparently retitled simply Iceman, as well as the latest appearance of Ip Man on film, Anthony Wong and Herman Yau's Ip Man: The Final Fight.

The films are scheduled to appear on screens over the next 12 months with Ip Man scheduled for September 20th and Iceman due in early 2014. Here are the details from Well Go and some trailers to whet your appetites.

ICEMAN, which is a remake of the 1989 Yuen Biao movie The Iceman Cometh, stars Donnie Yen as a chief commander of the Imperial Guard in Ming Dynasty China.  He is buried and frozen under an avalanche, only to be unearthed and brought back to life in contemporary China.  Exposed in the modern world, he finds himself pursued by another member of the Imperial Guard.

IP MAN: THE FINAL FIGHT, set in postwar Hong Kong, finds legendary Wing Chun grandmaster Ip Man reluctantly called into action once more.  What began as simple challenges from rival kung fu schools soon finds him drawn into the dark and dangerous underworld of the Triads.  To defend life and honor, Ip Man has no choice but to fight - one last time.

"We are excited by the amount of fabulous Asian films we have seen in Cannes this year," said Doris Pfardrescher, President, Well Go USA Entertainment.  "ICEMAN and IP MAN: THE FINAL FIGHT are perfect additions to our Fall and early 2014 slate".

IP MAN: THE FINAL FIGHT has been dated for a September 20 theatrical release, preceded by a pre-theatrical VOD engagement on August 20.   ICEMAN will release theatrically in the Spring of 2014.