THE LEGO MOVIE Trailer Will Make You Shit Bricks 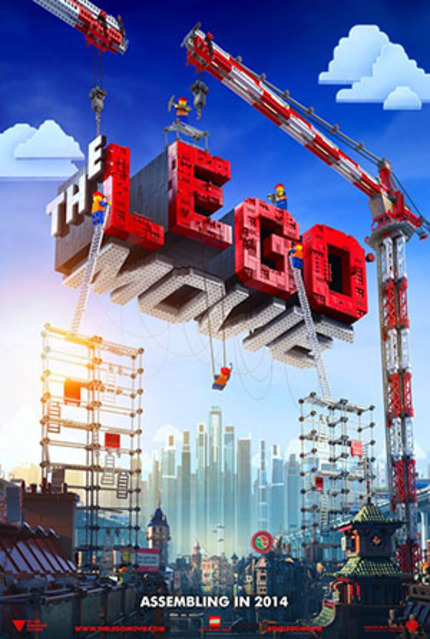 Out of all the movie trailers that leave me hyperventilating with excitement, from stunning teases of Scorsese or Coen Brothers films to crazy/awesome looking Polish semi-documentaries, you might be surprised that a little film coming out in 2014 from Warner might top them all.

For here, for your viewing pleasure, is the brickiest film of next year. Does it have Batman in it? Check. Ninja Turtles? Why not. 1980s Space Guy? BRING IT ON!

For this unapologetic Lego nerd ("It's Lego Bricks, dammit, NOT LEGOS!"), I couldn't be happier with this project. It matches the style of a number of really terrific shorts that the Lego group has commissioned, and while I at first worried it'd be some computer animated kiddie fest, the stop-motion animation with real bricks (augmented through CGI, of course) looks terrific.

So, while you are all waiting for another group to "assemble" in 2015, I'll been in line a year earlier with the rest of the blockheads for something that looks to have all the pieces in place.

More about The Lego Movie