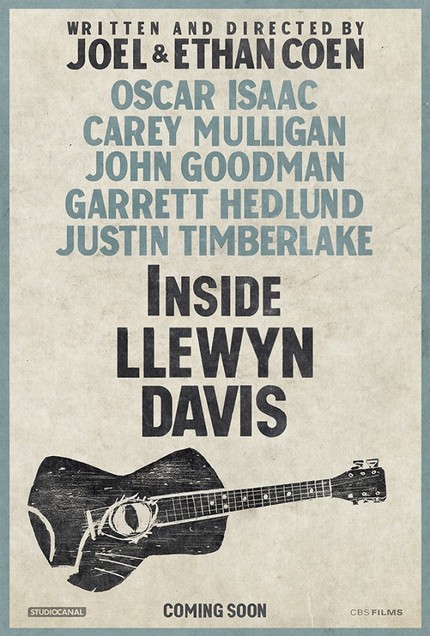 The Coen Brothers are headed to Cannes with Inside Llewyn Davis and they've got a new trailer to celebrate that fact. This one plays largely as an extended version of the earlier offering with a good deal of repeated footage but also enough fresh material to make it worthwhile. And while it is a red-band trailer that fact is entirely due to some salty language and not at all that the Coen's have turned in a folk singing splatter film. Which, to the best of my knowledge, they haven't.

INSIDE LLEWYN DAVIS follows a week in the life of a young folk singer as he navigates the Greenwich Village folk scene of 1961. Guitar in tow, huddled against the unforgiving New York winter, he is struggling to make it as a musician against seemingly insurmountable obstacles--some of them of his own making.