Review: MAN OF STEEL, A Hero Flies With Brute Force 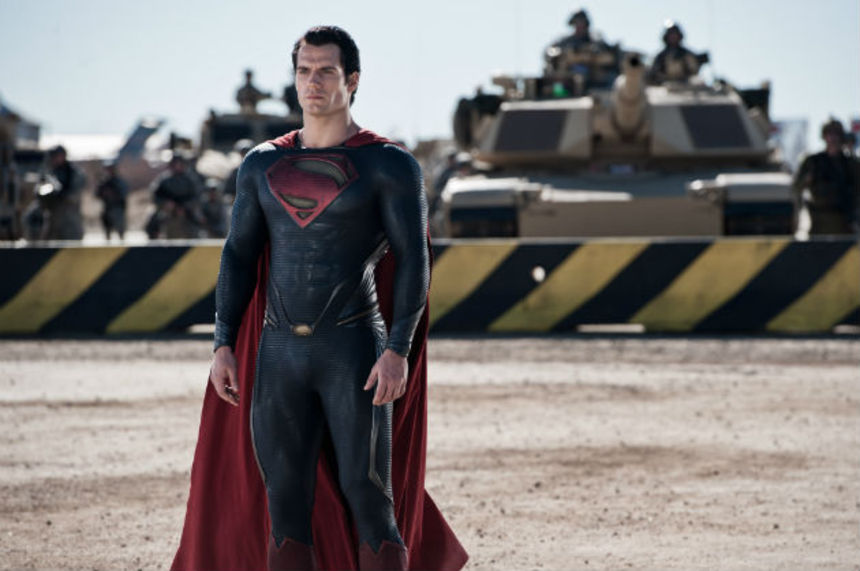 You will believe a blockbuster can fly.

Man of Steel is a movie that earns its title the old-fashioned way -- by the brute force of its titular character, an alien whose physical strength is matched by his spiritual mettle and emotional discipline. Eight years ago, David S. Goyer and Christopher Nolan collaborated on the screenplay for Batman Begins, redefining Bruce Wayne and his crime-fighting alter ego for the 21st century, and their accomplishment here -- Goyer and Nolan are credited with the story, and Goyer with the screenplay, while Nolan serves as one of the producers -- is similar. This is a Man of Steel who exists in the same universe as the Dark Knight.

Borrowing selected story beats from Richard Donner's Superman (1978) and Superman II (1980), while bearing no relationship to Bryan Singer's quasi-sequel Superman Returns (2006), Man of Steel dispenses with the more frivolous elements of those films. The character known variously as Kal-El, Clark Kent, and Superman struggles mightily with his superiority. His earthly parents Jonathan and Martha Kent (Kevin Costner and Diane Lane) have impressed upon him the importance of keeping his powers secret, for fear that mankind will not be able to deal with the far-reaching consequences of the knowledge that we are not alone.

At the same time, they instilled in him a becoming modesty, as well as a depth of compassion and empathy rarely seen among lowly humans. Therein lies his moral dilemma: He has a tremendous capacity to help individuals, but feels compelled to restrain himself to avoid doing greater damage to mankind at large.

Emotional conflicts arise even before Kal-El arrives on Earth, as a heated debate erupts on the distant planet Krypton between man of science Jor-El (Russell Crowe) and man of war Zod (Michael Shannon). The debate -- What price the future? Who decides it? -- eventually poses a threat to planet Earth that Kal-El cannot ignore, one that involves enterprising reporter Lois Lane (Amy Adams), her editor Perry White (Laurence Fishburne), a scientist (Richard Schiff), and key members of the military (Harry Lennix, Christopher Meloni, and Michael Kelly). 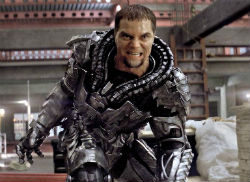 The resolution requires many, many action scenes, and prompts my one major caveat about the film, one that keeps it from being an unqualified success. Granted, I feel like a broken 78 rpm recording whenever I register a complaint about a method of framing, shooting, and editing that has become the industry standard for large-scale action sequences, especially those supplemented by computer-generated imagery.

Yet, however common and accepted the style of action filmmaking employed has become, the impossibly tight angles and incoherent choreography of motion is wearisome to my eyes, even in 2D, which is how I saw it. (The film was shot in 2D and post-converted for 3D and IMAX versions.) For what it's worth, I had the same concerns about Nolan's Batman films.

That major stumbling block aside, within those action sequences can be found moments of stunning intimacy, an effect that connects on a surprisingly deep emotional level. Director Zack Snyder retains an instinct for sledgehammer entertainment, but his stylistic flourishes have been curtailed to a degree heretofore unknown. His trademark extended slow-motion flights of fancy, evident even in the animated Legend of the Guardians: The Owls of Ga'Hoole, are absent here; his work is in service of the material, rather than drawing attention away from it, though there is certainly sufficient evidence that his personality has rubbed off to a certain extent on the material. 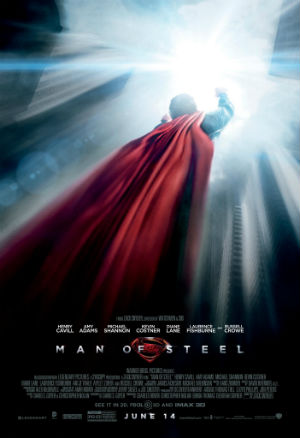 Cavill broods effectively, while Adams imbues their tentative friendship with a cordial warmth that holds the potential for something more personal to develop. Shannon is mesmerizing as an antagonist who is blind to his own limitations of vision; his self-righteous rage has consumed his personality to such a degree that no light emanates from his soul. The rest of the cast follows their lead; this is a serious movie about serious matters, and its self-importance will be off-putting to anyone looking for the levity that soaked through Donner's good-natured romps.

Any reboot or reimagining requires a series of choices to be made. The filmmakers have chosen to honor the past by remembering it and then not repeating it, instead forging a new path that feels absolutely sincere and true to its own vision of a dangerous world filled with dangerous people that needs heroes willing to use brutal force against those who would harm others. Read into that what you will; we are more than a decade into the post-9/11 era, and it's impossible for superheroes of any origin to ignore.

Surging with contained energy, often grim, but never oppressive, Man of Steel presents a Superman who is far less concerned with "truth, justice, and the American way" than he is with surviving to fight another day with as much integrity as possible, while preserving alive as many people as possible. Somehow, it still feels like a triumph of the common man over evil.

Man of Steel opens in theatres across much of the world on Friday, June 14. Check the official website for worldwide release dates.

Superman: The Man of Steel