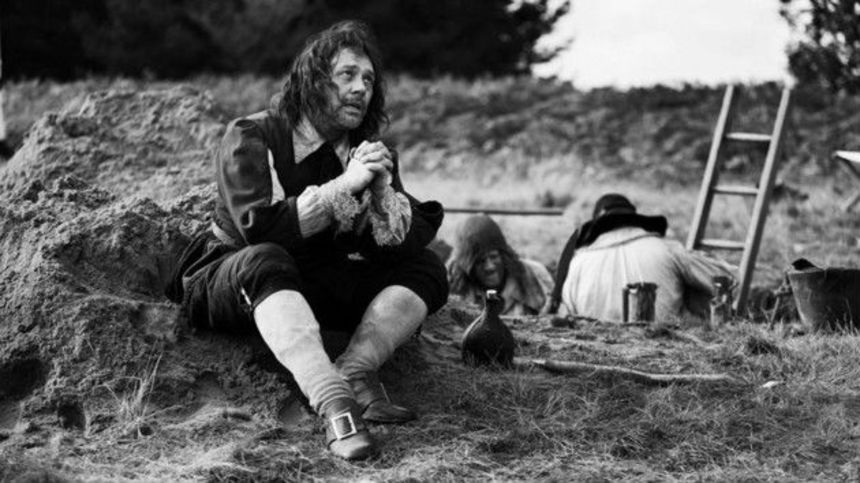 Ben Wheatley's A Field In England is blazing a new trail in UK distribution, becoming simultaneously available on all formats - everything from cinema screens to home VOD - across the UK on July 5th. And the new teaser for the film is aiming to blaze a trail across your brain as well.

England during the English Civil War. A small group of deserters flee from a raging battle through an overgrown field. They are captured by two men: O'Neil and Cutler. O'Neil (Michael Smiley), an alchemist, forces the group to aid him in his search to find a hidden treasure that he believes is buried in the field. Crossing a vast mushroom circle, which provides their first meal, the group quickly descend into a chaos of arguments, fighting and paranoia, and, as it becomes clear that the treasure might be something other than gold, they slowly become victim to the terrifying energies trapped inside the field.

Yes, it's a period piece about alchemy and psychedelic mushrooms from the director of Kill List. You can guess how this is going to go. Check out the new teaser and a fresh TV spot below.

A Field In England - They're over here Devil! from Rook Films on Vimeo.