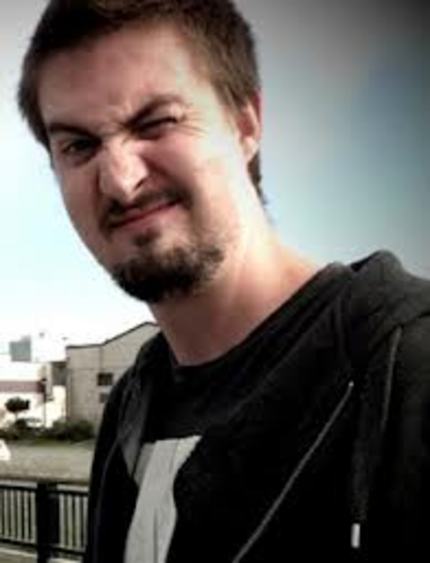 Seeing if they can't get just one more collaboration of some kind underway before the U.S. release of their long-delayed You're Next on August 23, director Adam Wingard and writer Simon Barrett are prepping for their next film The Guest, and it looks like they've found their leading man and lady.

The Wrap reports that Downton Abbey actor Dan Stevens will star in the thriller which follows an ex-marine who is taken in by a fallen comrade's family upon his return home. Newcomer Maika Monroe has joined the film as the eldest daughter who is determined to keep her youngest brother safe when their family's guest becomes... you know... unwelcome in their home.

The Guest is set to shoot later this summer with You're Next producers Keith Calder and Jessica Wu on board. Let's just hope it doesn't take two years for this one to see a proper release.
---------------------------------
P.S. The video below is part of our Video Scavenger Hunt for The Guest, opening in theaters on September 17, 2014. Congrats! You've found 4 of 4. Don't forget to write down the URL (in your browser, above). If you have all four URLs, go to the rules and results page for further information.

Do you feel this content is inappropriate or infringes upon your rights? Click here to report it, or see our DMCA policy.
adam wingarddan stevensDownton Abbeyhorrormaika monroesimon barrettthe guestthrilleryou're next