ScreenAnarchy Has Seen The First Five Minutes Of DEAD SNOW 2 And The Word Is Very Good, Indeed! 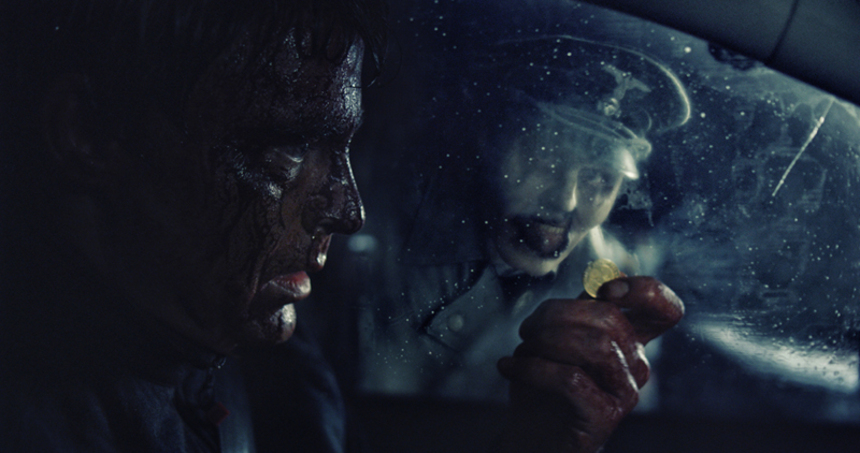 Back in mid April ScreenAnarchy was proud to present the first images from Tommy Wirkola's Dead Snow 2: Red vs Dead, noting at the time that the sheer level of blood present boded well for fans of the original Nazi zombie comedy. Well, now we come bearing word that this early promise has been realized. The producers of the film were present in the Cannes film market with the first five minutes of the picture and we were fortunate enough to get a look.

The film will be shot in both English and Norwegian. In the sequel the story follows the sole survivor of a Nazi zombie attack who battles an even larger army of Zombies with the help of a professional gang of American zombie killers who call themselves the Zombie Squad.

I am delighted to step back into the world of Nazi zombies yet again with Dead Snow: War Of The Dead, a world that is very close to my heart," said Wirkola."We have a script that I am super excited about, which is bigger, scarier, funnier, more action-filled and gorier than the previous one, and I can't wait to unleash another horde of undead Nazi zombies onto the world again.

While many sequels will make the comment that they are picking up where the first film left off, very few actually live up to that statement. But this? This is take that sentiment to the farthest possible extreme, actually recreating the final shot from Dead Snow and continuing forward from where the first film ended. So, that coin on that fell to the car floor? Yes, the zombies want it back. Quite badly.

What do you get? I don't want to spoil the gags but suffice it to say that things are intensely bloody and very, very funny. Freed of the need to set up the story and the characters - all of that having been done in the first film - this one is jumping in with both feet and slamming the accelerator to the floor, as it were. The blood and body parts in those images we shared? Present in a big, big way.

The zombies look great, the staging is strong, the gags pop off the screen, and the stakes are clearly being raised all around. Yes, this looks fantastic. This initial footage was from a brief April shoot, with production now in a planned pause before picking up main photography in August and September. So there's going to be a bit of a wait but it should be very well worthwhile.

Do you feel this content is inappropriate or infringes upon your rights? Click here to report it, or see our DMCA policy.
dead snowdod snored vs deadtommy wirkola