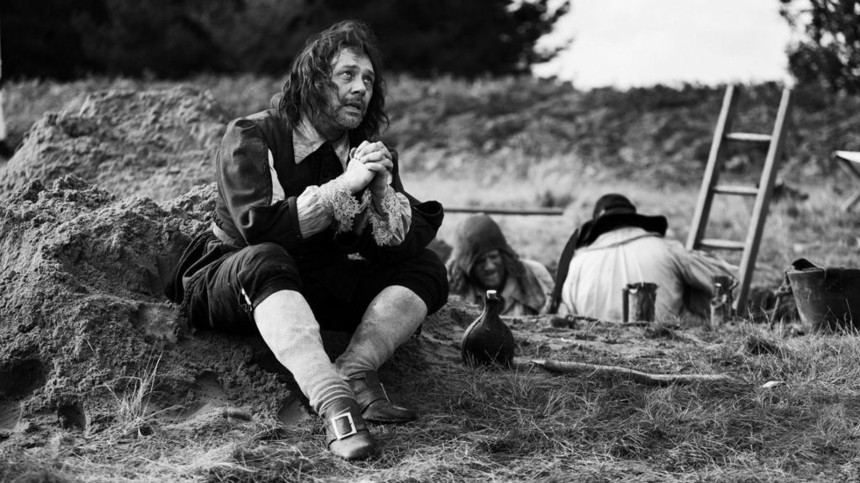 You don't have to look remarkably hard to find a cadre of loyal fans who would have you believe that Ben Wheatley - director of Sightseers and Kill List - is the future of British filmmaking. The man has built an impressive and diverse body of work in a very short time and shows no signs of slowing down one iota. And now his latest film - A Field In England - may herald a new future in British distribution.

England during the English Civil War. A small group of deserters flee from a raging battle through an overgrown field. They are captured by two men: O'Neil and Cutler. O'Neil (Michael Smiley), an alchemist, forces the group to aid him in his search to find a hidden treasure that he believes is buried in the field. Crossing a vast mushroom circle, which provides their first meal, the group quickly descend into a chaos of arguments, fighting and paranoia, and, as it becomes clear that the treasure might be something other than gold, they slowly become victim to the terrifying energies trapped inside the field.

What you see up above is Reece Shearsmith in a new image from the film, and you can click it in the gallery below to enlarge. And if Shearsmith happens to be praying for a new method of distribution, well, he's getting that.

In a somewhat bold experiment A Field In England will be the first title ever to become available simultaneously on free TV, VOD, in theaters and on DVD. Yes - if you're in the UK, at least - July 5th is A Field In England day with the film becoming available across all platforms at the same time. How will this impact things going forward? I have no idea, frankly, but you can be sure a great many people will be watching very carefully. 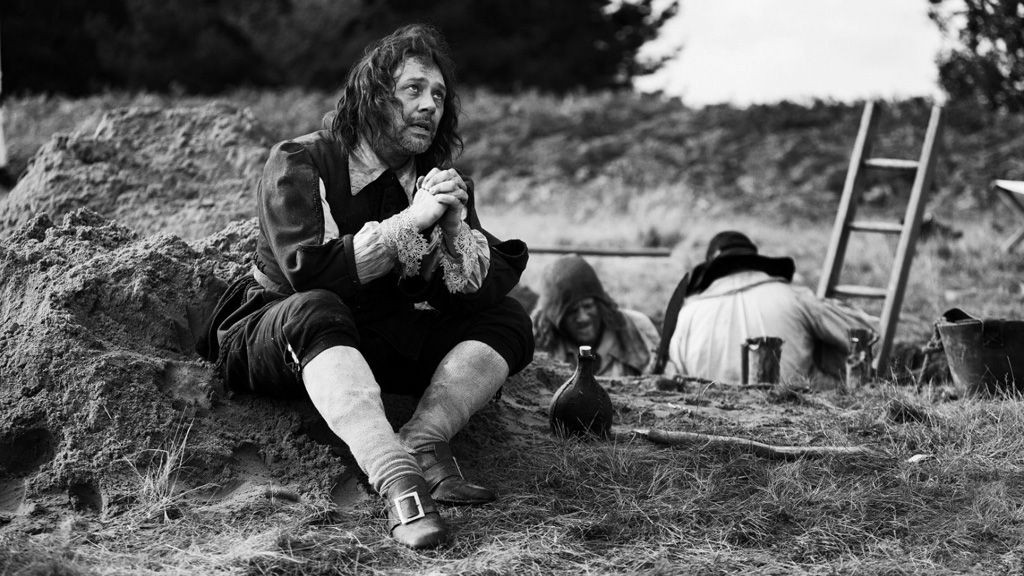