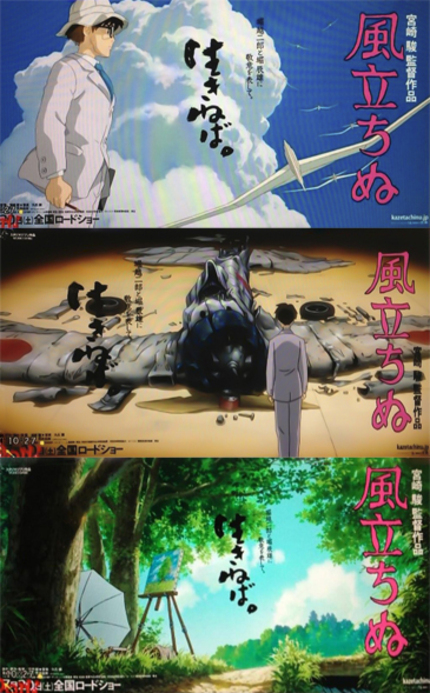 Updated the gallery with new large, clean images of two of the film's posters, and we should be getting two more within the next 24 hours!

Great news everyone! This summer the latest work from genius animation director Miyazaki Hayao, The Wind Rises (Kaze Tachinu), will receive its release in cinemas across the land of the rising sun. Surely a person like me could write on for ages on what it is about and why it is so interesting, but let's just forget about that. Don't you just want to see a trailer of it?

Well sadly that is where the disappointment cuts in, as we don't have it yet. As it has been a kind of tradition, every time "Miya-san" brings the world a new masterpiece, its trailer premieres on Japanese television during their Golden Week. I would tend to say that week is called that way because of Miyazaki, but actually it is because it's a period with a bunch of public holidays like Shōwa no Hi and Kenpō Kinenbi and Children's Day following each other consecutively. Either way, Golden Week started last Saturday and even though the trailer isn't out yet, it should be here soon.

For the moment, what we do have are these three brand new images for the movie. These are actually used for some pretty huge 1.8 m by 3.6 m sized posters that will be posted in about 300 public theaters around Japan starting early May. For the designs Studio Ghibli wanted something daring and different, as producer Suzuki Toshio noted. Nowadays movie posters often display its characters from the front, but in this case we see protagonist Jiro from the side, from the back and not at all.

Now hopefully we can bring you a trailer for The Wind Rises soon, but in the mean time please enjoy these new shots and happy GW! 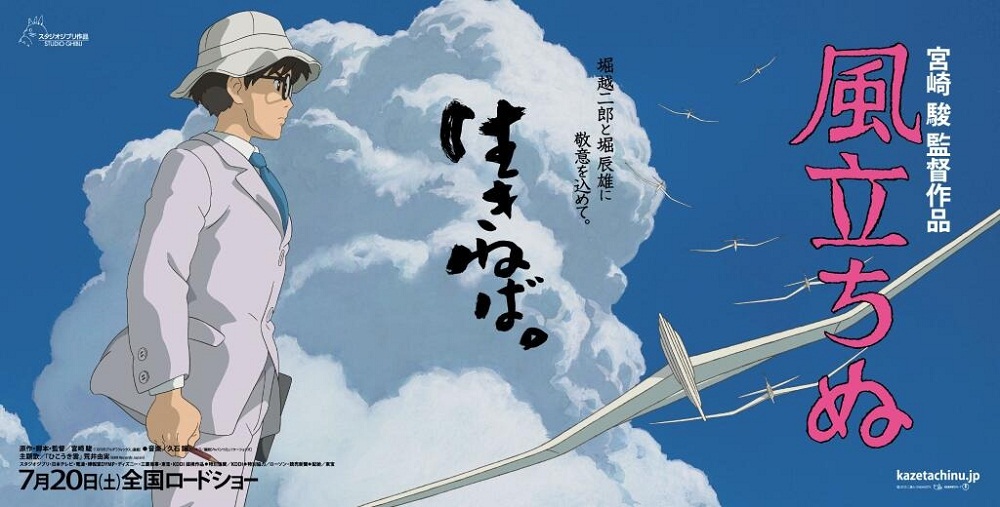 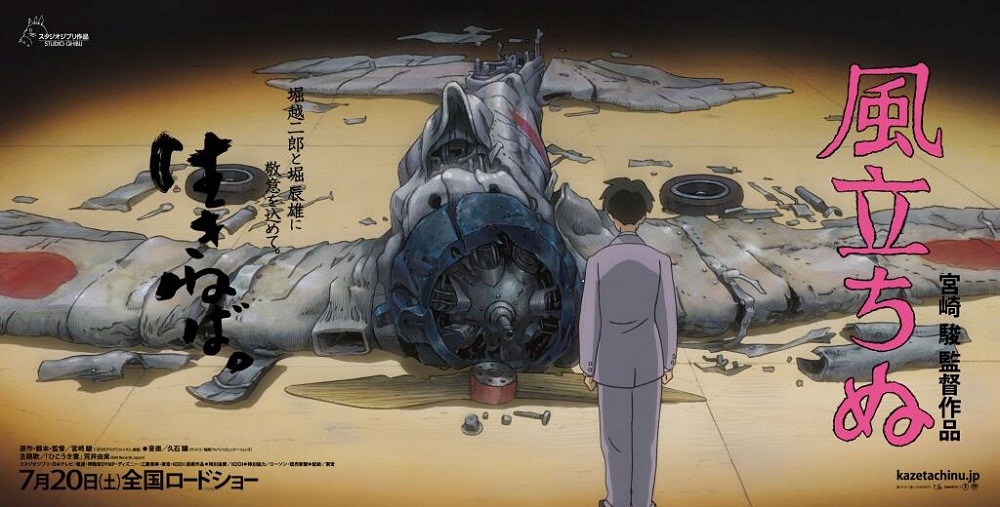 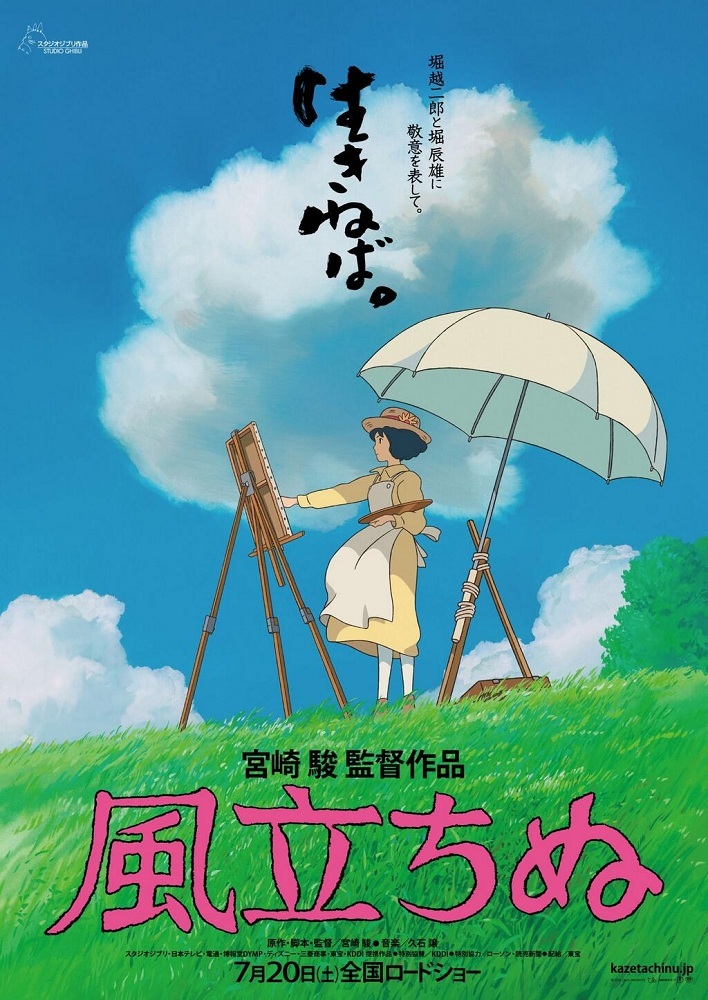 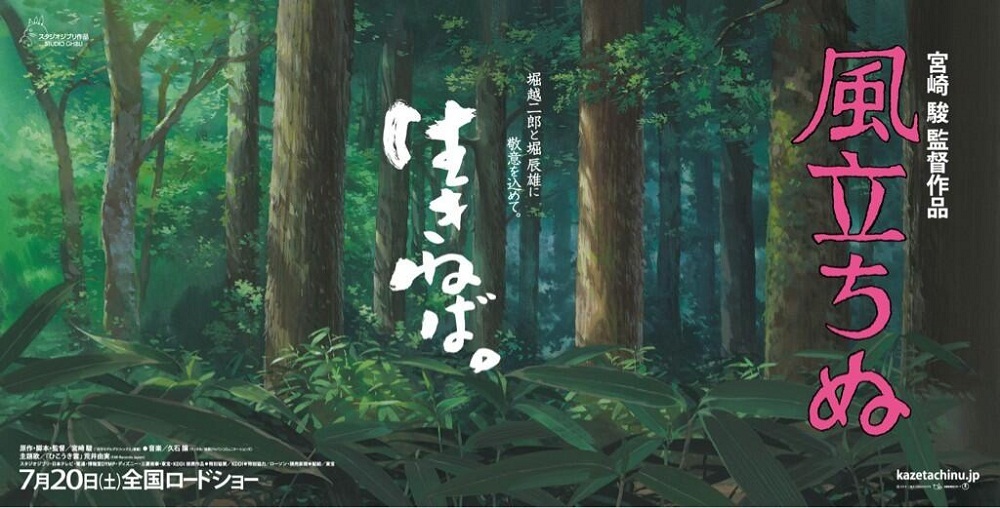 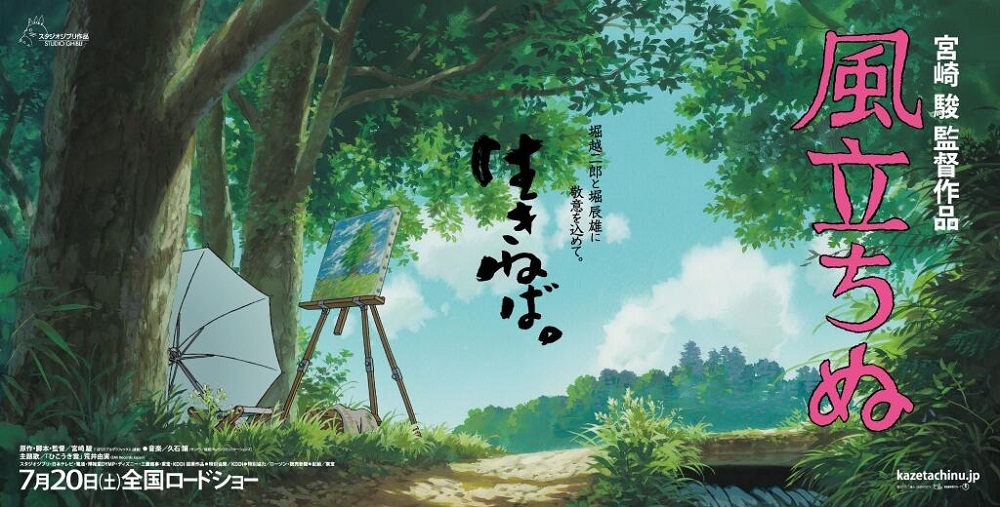